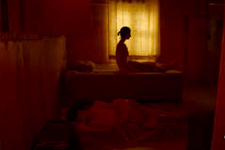 Anil Bandhakavi / fullhyd.com
EDITOR RATING
5.0
Performances
Script
Music/Soundtrack
Visuals
6.0
3.0
6.0
5.0
Suggestions
Can watch again
No
Good for kids
No
Good for dates
No
Wait to rent it
Yes
Ram Gopal Verma can be thought of as a serial experimenter. He doesn't hold back on his alternative style, which has led to its own set of highs and lows, the highs yielding film that was well ahead of its time, and lows which can be written off as a natural consequence of the creative process. However, it is tough to see what he was going for in this film that he has written and directed. 12 'O' Clock is a horror / psychological thriller, but barely delivers any chills or the gripping anticipation.

The movie begins with the city of Mumbai witnessing a series of random and unrelated murders, and investigators are lost for ideas. Meanwhile, in one of the many humble households, Gauri (debutante Krishna Gautam) is experiencing sleepwalking episodes in which she awakens at midnight and briefly walks around the apartment. The morning after such an episode, she seems to recollect having an eerie dream in her sleep.

Members of her family and even a close friend start to notice a slightly withdrawn Gauri. One night, after her sleepwalking episode ends in her family finding her locked up in a little cupboard, it's clear that something is wrong with her condition. Gauri's father Rao (Makarand Deshpande) is compassionate towards her and decides to get her checked up, but a visit to a doctor whose priorities seem to be elsewhere leads to no useful diagnosis.

Changes in Gauri's behaviour start to get pronounced. One afternoon, she accosts her mother in a manner that is unlike her own, and quickly reverts to her own personality, with no recollection of the incident. It's clear now that Gauri is possessed. Her condition starts to weigh heavily on Rao's well-being as he starts to experience her slipping away. He first takes her to see an exorcist Baba (Ashish Vidyarthi), which does not end well. Subsequently, Rao takes Gauri to a well-known psychiatrist, Debu (Mithun Chakraborty), who diagnoses her condition as DID (Dissociative Identity Disorder), and assures Rao that she'll be fine. Meanwhile, the bout of random killings in the city of Mumbai goes on, unresolved.

The cast almost looks like Ram Gopal Verma dug into an "old boys' network". The performances are as such satisfactory, but no one really shines. Krishna Gautam is lukewarm in the beginning, but amps up the performance in the parts where she's possessed by a different personality.

M M Keeravani produces the right background score to accompany the vibe of the moment. The cinematography is simple and has the feel of a low-budget independent film made by someone who knows what they're doing - which is really the case if you think about it. Indeed, although there is nothing seriously lacking per se in the individual elements, the film does not really excite. 12 'O' Clock covers all the basics of a horror film but remains basic on all levels. The storyline has a sense of familiarity, like something you've seen at some point in the past, taking away from the mystery of the film. The moments where you're supposed to receive a jolt or a chill are too few, and you might end up predicting their arrival. It's almost as though it was written by someone who did not take too many risks with the script and is warming themselves up for the horror-genre once again.
Share. Save. Connect.
Tweet
12 O CLOCK SNAPSHOT 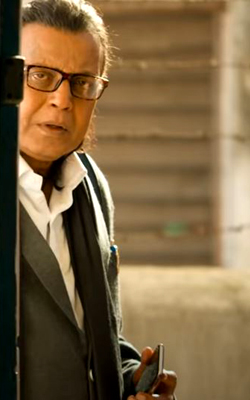 ADVERTISEMENT
This page was tagged for
12 O Clock hindi movie
12 O Clock reviews
release date
Krishna Gautam, Mithun Chakraborty
theatres list
Follow @fullhyderabad
Follow fullhyd.com on
About Hyderabad
The Hyderabad Community
Improve fullhyd.com
More
Our Other Local Guides
Our other sites
© Copyright 1999-2009 LRR Technologies (Hyderabad), Pvt Ltd. All rights reserved. fullhyd, fullhyderabad, Welcome To The Neighbourhood are trademarks of LRR Technologies (Hyderabad) Pvt Ltd. The textual, graphic, audio and audiovisual material in this site is protected by copyright law. You may not copy, distribute, or use this material except as necessary for your personal, non-commercial use. Any trademarks are the properties of their respective owners. More on Hyderabad, India. Jobs in Hyderabad.