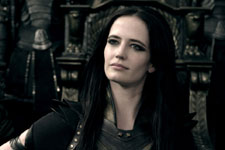 Swayamsrestha Kar / fullhyd.com
EDITOR RATING
6.5
Performances
Script
Music/Soundtrack
Visuals
7.0
6.5
6.0
7.0
Suggestions
Can watch again
Yes
Good for kids
No
Good for dates
No
Wait to rent it
No
There is something undeniably seductive about war. It is the ravaged desert where Glory plays her siren song and makes mortal men believe that they have a chance at immortality. There is something ineffably magnificent about charging at your enemy with nothing more than bloodlust roaring in your ears. Such are the moments when humans give in and revel in sheer bestiality, when they take a break from thinking too much. 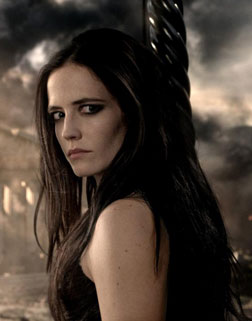 ADVERTISEMENT
This page was tagged for
300: Rise Of An Empire english movie
300: Rise Of An Empire reviews
release date
Sullivan Stapleton, Eva Green
theatres list
Follow @fullhyderabad
Follow fullhyd.com on
About Hyderabad
The Hyderabad Community
Improve fullhyd.com
More
Our Other Local Guides
Our other sites
© Copyright 1999-2009 LRR Technologies (Hyderabad), Pvt Ltd. All rights reserved. fullhyd, fullhyderabad, Welcome To The Neighbourhood are trademarks of LRR Technologies (Hyderabad) Pvt Ltd. The textual, graphic, audio and audiovisual material in this site is protected by copyright law. You may not copy, distribute, or use this material except as necessary for your personal, non-commercial use. Any trademarks are the properties of their respective owners. More on Hyderabad, India. Jobs in Hyderabad.