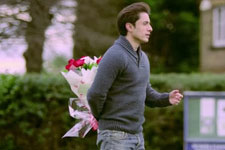 Swayamsrestha Kar / fullhyd.com
EDITOR RATING
5.0
Performances
Script
Music/Soundtrack
Visuals
5.0
4.0
5.0
5.5
Suggestions
Can watch again
No
Good for kids
No
Good for dates
Yes
Wait for OTT
Yes
There are times when even the quirkiest of characters can't save a movie which is determined to be bogged down by a lazily written screenplay. We won't be mincing our words this time around, because we are hugely disappointed, and so, we will go ahead and admit that, yes, the first line holds totally true for Total Siyaapa.

To begin with, why are we so coy about representing physical intimacy between two (adult & heterosexual - so there goes the "taboo" card) people who are planning to get married? However, in the same movie, we can see a much-married man drooling around a leggy stripper with the dignity of a ravenous mongrel. Hypocrisy much, oh enlightened writer of Total Siyaapa?

Secondly, why do we always have to fall back on regional friction to bring out the disparity between the families of the two people who are engaged to be married? So, the boy is from Pakistan and the girl is from India. Big deal. They both live in London, for God's sake!

To cut to the meat of the matter (the bone, more like it, since there is nothing meaty about any part of the movie), Aman (Ali Zafar) and Asha (Yami Gautam) have done all the things that lovers do - like running slow-mo towards each other on a busy London street - before they decide to tie the knot. Only one more thing is left to be done.

Okay, those last couple of words were a joke. We can't really be blamed for trying to make sure that our humour faculties are still functional, given the very serious possibility that they might have been clogged by all that goo that the film tried to pass off as being funny. Seriously, Aman is attacking a glob of frozen soup with knives? How hilarious! Ha. Ha. Ha. Ha.

Then there is Asha's mother, played by Kirron Kher, who has managed to dethrone Nirupa Roy as the worrying fussy mother with a heart of gold and an unlimited supply of aloo ke parathe. There is the loopy granddad (Vishwas Badola) with a penchant for flowery satin shirts, and lewd jokes (basically any 60-something then. We quip, of course.).

Throw in Asha's erring dad (Anupam Kher) who, as has already been mentioned, loves his girls in the least amount of clothes and is missing-in-action for most part of the movie, and Asha's sister who keeps eyeing Aman with all the subtlety of a bull in a china shop, and you have a horrible half-baked premise because, hey, it's Bollywood!

We know, we know - that was a little too bitter, but films like Queen and Highway have captivated us in the recent past, and the experience of watching Total Siyaapa was like having to drink badly brewed whiskey after a heady four-course meal. Comparisons are unfair, we know, but guys, let's at least pretend that we are trying to better our peers? Where would the world be without a healthy collective competitive spirit?

Speaking of competitiveness, the premise of the film is stale. Asha's mother flaunts that the family is perfectly accepting of the guy even though he is a Muslim, while they themselves are pure-grade Punjabis with desi ghee running in their veins. But all hell breaks loose when Asha tells her that Aman is from Pakistan. For that is the limit of Asha's family's acceptance. The exploitation of the India-Pakistan tension has never seemed more stereotypical. Of course, the family gatherings for watching cricket matches will be soooo awkward.

The film starts out promisingly, we will give it that. But then, melodrama makes an appearance from the first shocked gasp that Kirron Kher lets out, and it's all downhill from there. The characters soon seem more wannabe quirky, rather than being actually eccentric.

The cinematography has been done well, and the frames have a clean, glossy feel to them. In fact, everything looks way too polished. The music, which has been composed by Zafar, is quite generic, and not so memorable.

Ali Zafar is making quite a lot of money, given that all he does is look confused onscreen. Aman's character does have to go through quite a lot in the span of one day, but Zafar looks way too aloof (we thought that "stoned" would be a little too presumptuous) to incite any sympathy from the watcher.

Yami Gautam, on the other hand, is delightful to watch. She is the calm confident foil to her going-batshit-crazy-over-shit fiancé.

Kirron Kher has her moments when she oscillates between different emotional states in the blink of an eye, but then she too gets repetitive after a while.

Total Siyaapa has been directed by the guy who made Love Ke Liye Kuch Bhi Karega. Now, this reviewer has a soft corner for that movie. Blame it on the lack of cable TV when she was younger, but this reviewer has laughed many a full-bellied laughs at Aslam Bhai (Johnny Lever in one of his finest avatars). It is sad, therefore, that she barely giggled during the director's latest offering. 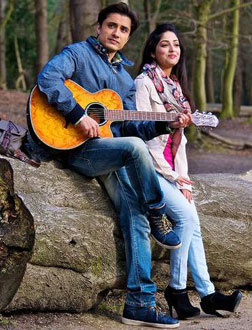 ADVERTISEMENT
This page was tagged for
total siyapaa part 1 in hindi mp4
Total Siyapaa hindi movie
Total Siyapaa reviews
release date
Ali Zafar, Yaami Gautam
Follow @fullhyderabad
Follow fullhyd.com on
About Hyderabad
The Hyderabad Community
Improve fullhyd.com
More
Our Other Local Guides
Our other sites
© Copyright 1999-2009 LRR Technologies (Hyderabad), Pvt Ltd. All rights reserved. fullhyd, fullhyderabad, Welcome To The Neighbourhood are trademarks of LRR Technologies (Hyderabad) Pvt Ltd. The textual, graphic, audio and audiovisual material in this site is protected by copyright law. You may not copy, distribute, or use this material except as necessary for your personal, non-commercial use. Any trademarks are the properties of their respective owners. More on Hyderabad, India. Jobs in Hyderabad.