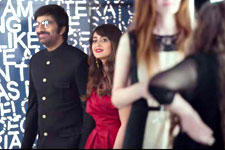 Sonali Dabade / fullhyd.com
EDITOR RATING
5.0
Performances
Script
Music/Soundtrack
Visuals
5.0
4.5
4.5
6.0
Suggestions
Can watch again
No
Good for kids
Yes
Good for dates
Yes
Wait for OTT
No
Despite having a cast and crew that boasts of great films in their pasts, Amar Akbar Anthony becomes yet another in the slew of high-profile recent films that have disappointed. And while we wouldn't go so far as to say that this will be a day of reckoning for Telugu cinema, it should be.

Amar Akbar Anthony starts off with Amar (Ravi Teja) emerging from Jackson prison. He promises the relieving officer that won't commit any further crimes, but you know immediately exactly how much he means that. And when the flashback starts and motives are revealed, even you are rooting for him to go ahead and do what he has to.

So rewind to 2003. Two families settled in the US are enjoying their lives. They are so close that they pledge to get the young boy in one family, Amar, married to the girl in the other, Aishwarya. On Amar's birthday that year they hold a huge celebration with friends and family, but a massive blast ends their lives. The only remaining members are now fleeing to save their lives from whatever it is that is following them.

Amar is all of the names in the title. Because of certain triggers from his past, he becomes different personalities who in their own time are acquainted with the rest of the characters in the movie. How he manages to keep all of them together and use them to extract revenge for all the wrongs done to him forms the rest of the story.

Amar Akbar Anthony talks about Dissociative Identity Disorder or what is commonly known as a split personality, using all the right terms, and concepts that seem perfectly plausible. The premise is promising even if not totally fresh - someone with a split personality coming back to wreak havoc in the lives of the men who wrecked his. However, the end product is only mildly entertaining and mostly annoying. The execution is flimsy and leaves so many loose ends that it makes you feel ashamed to actually ask for explanations. (Apparently you can scale a building in New York City and nobody will notice you.)

Coupled with the inadequate script are the dialogues. The lines are so wannabe when trying to show the characters as cool, they have you cringing in embarassment - for example, the villains talk in English first and then repeat what they said in Telugu (and vice versa). American housekeepers talk in Indian accents, and there's some "humour" that even Sunil cannot rescue.

More on that humour - an erstwhile Srinu Vaitla forte. Ravi Teja is known for his quirky comic delivery and idiosyncratic style, and when a movie fails to showcase those characteristics, it needs a lot to make up, and Amar Akbar Anthony does not match up to that requirement. Ravi Teja is mostly bland in this movie. There is old, recycled humour that is stale in places and elicits laughter only here and there - and those are about the only times that things are done right in this film. There's hardly any of the typical Srinu Vaitla touch.

As for the performances, this is clearly a Ravi Teja vehicle, but as we mentioned, he is mostly bland in it, thanks to how all the three roles are written. There's just a little spark here and there, but if you are a fan, you'll leave the hall feeling let down. Ileana looks and plays her part well. However, it feels like even though her character was a major part of the story, Ileana's presence was only to add the glamour to the movie.

Sayaji Shinde has a clichéd role, but in his limited screen time, adds some sanity to the movie and helps it avoid being a complete trainwreck. The other performances aren't noteworthy, though Sunil tries his best to bring his once-famous comic timing to the fore. The villains try to look excessively bad and macho, and end up being quite unconvincing.

Thaman's music is unmemorable, and a couple of songs even get to the point of being crass. And the sightseeing tour of New York City that Amar Akbar Anthony takes you on could perhaps have helped in another movie.

Amar Akbar Anthony is perhaps a one-time watch if you're starved for options, or if you are new to the movies.
Share. Save. Connect.
Tweet
AMAR AKBAR ANTHONY (TELUGU) SNAPSHOT 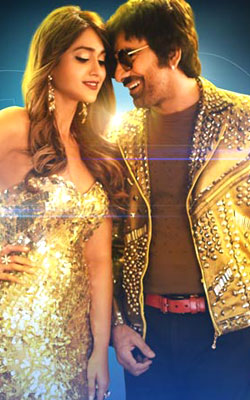 ADVERTISEMENT
This page was tagged for
amar akbar anthony movierulz telugu
Full length telugu movie of Amar akbar Anthony
Ravi Teja new movie Amar Akbar Anthony Telugu full movie
amar akbar anthony telugu movie review
amar akbar anthony full movie telugu
Follow @fullhyderabad
Follow fullhyd.com on
About Hyderabad
The Hyderabad Community
Improve fullhyd.com
More
Our Other Local Guides
Our other sites
© Copyright 1999-2009 LRR Technologies (Hyderabad), Pvt Ltd. All rights reserved. fullhyd, fullhyderabad, Welcome To The Neighbourhood are trademarks of LRR Technologies (Hyderabad) Pvt Ltd. The textual, graphic, audio and audiovisual material in this site is protected by copyright law. You may not copy, distribute, or use this material except as necessary for your personal, non-commercial use. Any trademarks are the properties of their respective owners. More on Hyderabad, India. Jobs in Hyderabad.