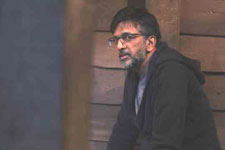 Sonali Dabade / fullhyd.com
EDITOR RATING
2.5
Performances
Script
Music/Soundtrack
Visuals
2.5
2.0
2.0
3.5
Suggestions
Can watch again
No
Good for kids
No
Good for dates
No
Wait to rent it
No
Bollywood has seen a little resurgence in the horror genre in recent times. With the commercial success of Stree, the critical success of Tumbbad and the popularity of Netflix's Ghoul, it started to look like a promising time if you were a horror aficionado. Then comes Lupt and pulls any progress back by 10 years.

Harsh Tandon (Javed Jaffrey) is an industrialist who is looking to take his company to the number one spot in the country by any means necessary. He suffers from chronic insomnia and starts hallucinating. So he goes on a vacation / road trip with his wife Shalini (Niki Walia), his daughter Tanu (Meenakshi Dixit), his prankster son Sam (Rishabh Chaddha) and his daughter's boyfriend Rahul (Karan Aanand). But things do not go as planned.

First they encounter a traffic jam forcing them take an isolated detour. On this route they meet a shady character Dev (Vijay Raaz) who makes Tanu uncomfortable. Then their car breaks down at night forcing them to take help from Dev who takes them to his outhouse. Intra-family tensions and supernatural drama take up the rest of the run time.

To call Lupt a horror movie would be a disservice to genuine horror movies because it doesn't have a single legitimate scare. There are few jump scares here and there but they annoy more than induce fear for they do not further the plot whatsoever. You will be left wondering about the proceedings for the first two-thirds of the film because nothing is explained during that time. And when explanations do kick in, they get wrapped up almost immediately, leaving the audiences scratching their heads about the purpose of it all.

For a suspense film to work, the sequences leading up to it need to be intriguing. And therein lies the biggest flaw of Lupt as almost all of the events building up to the reveal are downright boring. Every turn and every plot "twist" is laughably predictable, and over an hour of mediocre dialogue, manufactured drama and inexplicable actions leave you bewildered. Special mention also needs to be made of the song picturized for the opening credits which was most likely shot at the behest of the marketing team to promote the film given it doesn't remotely match the tone of the movie.

Javed Jaffrey plays a shady industrialist with no patience or compassion, written in a half-baked way. He has the interest levels of a person who is told that he will need to carry a bad horror film on his own. And Vijay Raaz plays the mystery man the family meets like he was trying out something brand new and was no given no direction of any kind. Unfortunately, both competent actors are thoroughly wasted here. They look like they tried to make something of the material but gave up halfway through.

The rest of the supporting cast are also totally unmemorable. Karan Aanand has just one single expression throughout the movie. Rishabh Chaddha is a caricature of the "boy who cried wolf" horror trope, and comes across, despite his best efforts, as annoying. And both Niki Walia and Meenakshi Dixit are typical "damsels in distress", showcasing unremarkable performances.

The music becomes too loud as a last ditch attempt to induce panic. There is a bit too much of shaky camerawork involved in some parts, but the rest of the cinematography is the only thing consistent with the horror genre. The make-up for the ghosts also solely aims for jump scares and doesn't serve the actual plot of the film.

In conclusion, this hardly memorable horror thriller flops in both counts. This is the kind of film where you are left rooting for the supernatural elements to quickly eliminate the human characters so that you can leave the theatre as quickly as possible.
Share. Save. Connect.
Tweet
LUPT SNAPSHOT 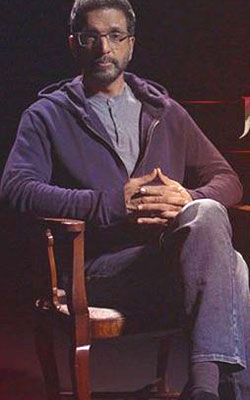 ADVERTISEMENT
This page was tagged for
Lupt hindi movie
Lupt reviews
release date
Javed Jaffrey, Niki Walia
theatres list
Follow @fullhyderabad
Follow fullhyd.com on
About Hyderabad
The Hyderabad Community
Improve fullhyd.com
More
Our Other Local Guides
Our other sites
© Copyright 1999-2009 LRR Technologies (Hyderabad), Pvt Ltd. All rights reserved. fullhyd, fullhyderabad, Welcome To The Neighbourhood are trademarks of LRR Technologies (Hyderabad) Pvt Ltd. The textual, graphic, audio and audiovisual material in this site is protected by copyright law. You may not copy, distribute, or use this material except as necessary for your personal, non-commercial use. Any trademarks are the properties of their respective owners. More on Hyderabad, India. Jobs in Hyderabad.