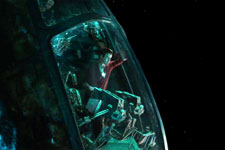 T J Reddy / fullhyd.com
EDITOR RATING
7.0
Performances
Script
Music/Soundtrack
Visuals
9.0
7.0
7.0
8.0
Suggestions
Can watch again
Yes
Good for kids
Yes
Good for dates
Yes
Wait to rent it
No
We could just list out all the character and actor names and make up our word count with just that and not review this movie altogether. It would be easy. But if superhero movies have taught us anything, it is that heroes don't take the easy route. So, here goes.

If you ever were to interview for Peter Theil's many companies, you'd be asked one very important question: "What is something you know about the world that no one else does?" While most of us might grapple with existential dread when posed with a question with such gravity, Kevin Feige from a decade ago would have answered, "I can spearhead a film franchise spanning eleven years, 22 films and nearly a hundred characters, and have it all make some semblance of sense when a big climactic battle with a purple alien God comes around." If we were on the other side of that interview table, our minds would have dissipated to dust long before Thanos' snap ever entered the cultural zeitgeist.

Talking about that infamous snap, we find our heroes (or whatever remains of them) coping with the after-effects of that resounding yet miniscule action. Steve "Captain America" Rogers (Chris Evans) is his usual optimistic self, looking at the cataclysm as an opportunity to refill a glass that is half full, whereas most in his team, including Tony "Iron Man" Stark (Robert Downey Jr.), are fundamentally broken when looking at the emptiness in the world around them.

When presented with an opportunity to right the wrong, what remains of the band comes together for a make it or break it adventure to AVENGE their fallen comrades. They refer to their team by a certain name. Hmm, what could it be?

While trying to rack our brains in an attempt to remember that name, we found a bunch of other observations we made about the film during those three hours we spent in the cinema hall. For one, all those people from other countries that complain about the runtime have never watched Indian cinema before. Our movies are consistently over two and half hours, and we grit our teeth through them most of the time as a significant chunk of that time is devoted to asinine songs and gravity-defying fights that work to ruin the film-going experience.

While Endgame does have a banger of a soundtrack that justifies the movie's gravity-defying action, it suffers from the same pacing issues that most of our movies do. There are peaks and troughs scattered throughout a film that refuses to scale its peaks or descend into crevasses wholeheartedly. When judged on their individual effectiveness, many sequences in this film would stand toe-to-toe with the larger than life heroes it has in its arsenal. But when put together, Endgame lacks the sense of organic forward momentum that a movie of this scale requires. Could that be attributed to the lack of a central character tethering a mammoth film a la Thanos in Infinity War? We'll let you decide.

While you ponder, the upside to not having all the characters sharing space with a singular Big Bad is that they get a chance to shine as individuals experiencing their own set of circumstances. The seamless transition the movie makes from being an epic story with the entire universe as its backdrop to showing two people making small talk shows how simultaneously big and small this sprawling story can feel. While much of the character development is dependent on audience investment from films gone by, the conclusion to many a main character's arc is wholly satisfying for both long-term fans and casual viewers.

But those are just the valleys. The crests rise when fresh character combinations come to the fore. There is that familiar sense of Marvel's playfulness infusing these interactions so much so that the mountains of plot-propelling jargon almost starts to make sense. "Almost" being the keyword.

However, this movie is the definition of experiencing something with your heart than your mind. Someone once said that the MCU always made its characters the horses, and the plot, the proverbial cart. That is one of the primary reasons behind the undying connection it has with its adoring audiences. People come in to see their heroes more than their hijinks. The connection to these heroes is a result of the stellar performances this incomparable collection of talent has put out over the years, in general, and in this movie, in particular. Many a person will spend their days having an image of Chris Hemsworth, Chris Evans and Robert Downey Jr. pop up when a mention of Thor, Captain America or Iron Man is made, and that is a testament to the work put forth by those A-grade actors.

Like in most of the stand-alone and team-up films of the past, the occasional wonkiness of the filmmaking is unmissable. While the spectacle of it all is mesmerizing, the craftsmanship leaves a lot to be desired from time to time. The effects are amazing but the way they blend into the story is not. The central piece of score the entire auditory experience has been built on is awesome, but it is a diamond that shines brightly around a lot of lesser gems. And while the finale is awe-inspiring, a sense of heft does not accompany the sense of awe. But it is a trade-off one agrees to make when undertaking a project of such scale.

But that could be also said about the Lumiere brothers when they put some of the first moving images on the screen with Arrival Of A Train At La Ciotat. Even though it lacked heft, depth and even a story, for that matter, it was an artistic triumph that would lead to bigger and better things with time and innovation. This chapter of the MCU is the 21st century's version of that iconic short film. It may be far from perfect, but it is as seminal a leap off point for cinema as any other. It requires vision and an understanding of scale like no set of filmmakers have attempted before to breathe life into this project, and for that, The Russo Brothers, Kevin Feige and the innumerable men and women on the cast and crew of Avengers: Endgame have our unyielding respect.
Share. Save. Connect.
Tweet
AVENGERS: ENDGAME (HINDI) SNAPSHOT 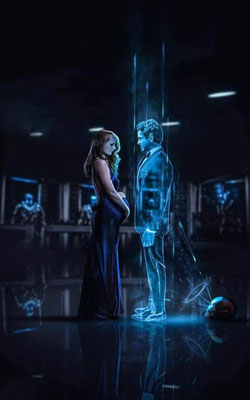 ADVERTISEMENT
This page was tagged for
endgame movies hindi
avenage endgame in hindi watch
Avenger andgame bhm movies
watch avengers: endgame hindi
avengers endgame in hindi rdx movi
Follow @fullhyderabad
Follow fullhyd.com on
About Hyderabad
The Hyderabad Community
Improve fullhyd.com
More
Our Other Local Guides
Our other sites
© Copyright 1999-2009 LRR Technologies (Hyderabad), Pvt Ltd. All rights reserved. fullhyd, fullhyderabad, Welcome To The Neighbourhood are trademarks of LRR Technologies (Hyderabad) Pvt Ltd. The textual, graphic, audio and audiovisual material in this site is protected by copyright law. You may not copy, distribute, or use this material except as necessary for your personal, non-commercial use. Any trademarks are the properties of their respective owners. More on Hyderabad, India. Jobs in Hyderabad.