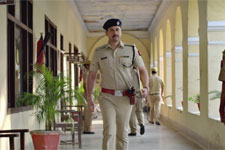 Punarvasu Pendse / fullhyd.com
EDITOR RATING
4.5
Performances
Script
Music/Soundtrack
Visuals
6.0
5.0
4.0
5.0
Suggestions
Can watch again
No
Good for kids
No
Good for dates
No
Wait to rent it
Yes
Large scale scams are one of Bollywood's favourite subjects, and Setters is the second movie in a short while (after "Why Cheat India") to deal with the subject of the examination mafia. It's a country with a ridiculous amount of competition for a very limited number of opportunities, and it is surprise that a few unscrupulous people try to take advantage of this fact.

Director Ashwini Chaudhary tackles Setters like a police procedural drama, but does that with the criminal side too - exploring their modus operandi and the way they go about their business.

Setters begins in Mumbai, where Apurva (Shreyas Talpade) and his men audaciously leak the Indian Railways entrance exam and sell it to various students across the country, making crores in the process. Apurva then returns to Varanasi to meet Bhaiyaji (Pavan Malhotra), his mentor, who is an ageing wrestler-turned-criminal. All this time, honest police superintendant Aditya Singh (Aftab Shivadasani) is preparing a special team to take down this exam-fixing cartel of "Setters". He puts together a bunch of wronged cops - Diwakar Mani (Anil Charanjeett) who withdraws his resignation for this case, Isha Shastri (Sonnalli Seygall) who has to take the blame for hacking into a bank's system, and Abdul Ansari (Jameel Khan) who has a short fuse and will not hesitate to use force at even the slightest hint of provocation.

Setters also shows that a friendship existed between Aditya and Apurva in the past when both took the civil services exam but only Aditya cleared it (it is hinted that they both fell for the same woman, who chose to marry the outwardly successful Aditya). As the stakes get higher, the Setters get more and more innovative in a bid to outwit the system, while the police become increasingly determined to nab them. Amidst all the chaos, a rift emerges between Apurva and Bhaiyaji, leading to a climax that features not one, but two criminal factions against the SIP Singh.

Settlers tries to shed light on the exam-fixing mafia, which charges lakhs of rupees to leak important government examinations, while also trying to tell the human stories behind the scam. The latter is however handled in a ham-fisted way, seeming either overly dramatic (Talpade's character refunds a woman who refuses his leaked paper, and tells her to hold on it anyway) or completely drab (the romance between Talpade's and Ishita Dutta's characters).

The film suffers from overly simplistic writing, offering no explanation for the desperation which drives people to spend lakhs on leaked test papers. Forget being suspenseful or intriguing, the whole process of exam-fixing looks almost comical. And the weird gadgets employed by the Setters at the end look straight out of a Bond movie, and cause the film to lose whatever little credibility it had.

Setters does get small-town India right, with Varanasi in particular managing to get its flavour across to the viewer very well - the various "ghats", the river Ganga and the daily rituals that go along with it, the famous Banarasi paan, and the quintessential Uttar Pradesh lingo. It also has a decent cast who manage to stay in control even when the script gets sloppy.

Shreyas Talpade and Aftab Shivadasani, after doing a bunch of uninspirational comedies, try their hand at serious acting. Given Shivadasani's stiff demeanour and drone-like dialogue delivery, Talpade is without question more watchable. Pavan Malhotra largely overacts in a role that gave him plenty of scope to flex his acting muscle, a rare missed opportunity for an otherwise fine actor. Vijay Raaz is wasted, but manages to still be memorable with his odd charm. Anil Charanjeett was fantastic as Chhota Badariya in Netflix's Sacred Games, but is largely let down by the script here.

It is a pity that Bollywood will easily cast unfashionable-looking men in tough roles, but is still uncomfortable casting women in the same way. Sonnalli Seygall looks very much out of place with her glamorous get-up and perfect hair in the bylanes of Varanasi, but to her credit does everything the script demands of her. The duo of Jameel Khan and Ishita Dutta had two releases in the same day (Blank casts them, too), and Setters has been as unkind to them as Blank was. Khan has a few lines here and there, but Dutta is relegated to the role of a bystander because the movie doesn't explore her character at all.

Setters features music by Salim-Sulaiman, with the hummable Kartootein performed by Sukhwinder Singh and Raftaar, and the unnecessary Boom Jawani, being the only songs in its 126-minute runtime. The latter literally seems to have been created only to show off Sonnalli Seygall's moves, as her appearance in the song is a far cry from her actual role in the film.

Chaudhary's film had the potential of delivering a hard-hitting story on the operations of the education mafia with the way it began, but loses steam along the way and succumbs to mediocrity. In terms of resolving the hard-hitting questions it poses, the movie offers little to no clarity in any of its answers. Despite its promising concept, Setters, in terms of execution, settles.
Share. Save. Connect.
Tweet
SETTERS SNAPSHOT 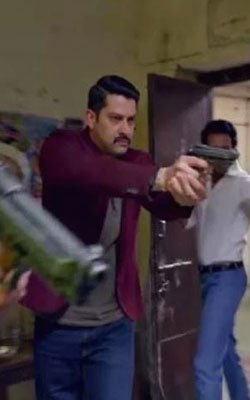 ADVERTISEMENT
This page was tagged for
settlers hindi movies
Setters hindi movie
Setters reviews
release date
Shreyas Talpade, Aftab Shivadasani
Follow @fullhyderabad
Follow fullhyd.com on
About Hyderabad
The Hyderabad Community
Improve fullhyd.com
More
Our Other Local Guides
Our other sites
© Copyright 1999-2009 LRR Technologies (Hyderabad), Pvt Ltd. All rights reserved. fullhyd, fullhyderabad, Welcome To The Neighbourhood are trademarks of LRR Technologies (Hyderabad) Pvt Ltd. The textual, graphic, audio and audiovisual material in this site is protected by copyright law. You may not copy, distribute, or use this material except as necessary for your personal, non-commercial use. Any trademarks are the properties of their respective owners. More on Hyderabad, India. Jobs in Hyderabad.