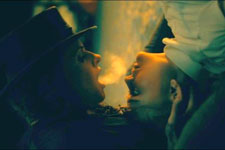 Punarvasu Pendse / fullhyd.com
EDITOR RATING
7.5
Performances
Script
Music/Soundtrack
Visuals
7.0
8.0
7.0
7.0
Suggestions
Can watch again
Yes
Good for kids
No
Good for dates
Yes
Wait to rent it
No
Director Stanley Kubrick's one and only foray into the horror genre - The Shining - was completely unnerving for me. And his cold and calculated (to the point of seeming impersonal) handling of Stephen King's book has inspired a sequel almost four decades later.

Kubrick had made drastic changes from the book in his script, which didn't please King (not that Kubrick cared, I reckon). This fact alone makes director Mike Flanagan's handling of the topic worthy of praise. Flanagan somehow manages to use, as source material, the sequel book (also named Doctor Sleep) that clashes with a lot of the elements in Kubrick's film, AND manages to celebrate the late director's vision in his creation - all while retaining his own style.

Doctor Sleep is the name Danny Torrance (Ewan McGregor), now all grown up, earns in his job as a hospice orderly because his powers help old patients be comfortable as they pass away. Overcoming alcoholism and drug abuse, Danny has settled in a small town in New Hampshire and proceeded to turn his life over after learning how to imprison the demons that followed him from the Overlook Hotel.

Life is pleasant, and he has made a new friend named Abra Stone (Kyliegh Curran), a schoolgirl who shines brighter than anyone Danny has known. And while Danny keeps his powers a secret, Abra shines with the force of a thousand suns, reaching out to him from miles away - writing on the wall in his room in the most wholesome of ways.

Abra also has another, darker vision - one where she sees a group of people, a cult even, forcefully feed on the shining of a child. The leader of said cult The True Knot, Rose The Hat, senses her presence, which plunges us, the audience, into a captivating dark fantasy - one that gained the approval of Stephen King this time around.

Doctor Sleep is brilliant, particularly at showcasing the warmth that Stephen King felt was missing from Kubrick's adaptation. In fact, some of the best moments in the film come from the simple dialogue between Danny and Abra. The light-hearted humour that Flanagan seems to have used very sparingly on purpose, is also mostly kept for these interactions.

Flanagan's decision to go old school and simply recast the actors from Kubrick's movie is also something I admire in these days of artificially de-aging veteran stars. (Actually, scratch that - we are in the CGI era: director Anton Ernst recently announced that James Dean is going to be starring in his Vietnam War film Finding Jack. Yes, THAT James Dean - the '50s heartthrob and someone who died well before the actual Vietnam War even took place.)

But it is in the end that Doctor Sleep truly comes into its own - where Flanagan deviates from both King and Kubrick, and forces you to be pensive, to consider the duality of good and evil. The fate of the Outlook Hotel is true to King's penmanship, but the third act is but an homage to the defining film of the psychological horror sub-genre - and when Doctor Sleep earns the right to be called the sequel to The Shining.

Ewan McGregor seems to have hit his stride in playing older characters looking back onto their younger selves, what with playing Renton again in T2 Trainspotting and the titular character in the Winnie The Pooh movie, Christopher Robin. The script is a little rushed with his character arc towards the end, unfortunately, robbing him of the opportunity to be its central feature.

Rebecca Ferguson's Rose The Hat gets that opportunity instead, and she grabs it with both hands. She is a temptress and a terror - she charms and she frightens in equal measure, oozing charisma throughout it all.

Debutant actress Kyliegh Curran is one to watch, with her portrayal of the self-assured Abra being bang-on - always confident but never cocky. Every minute she works with McGregor is enjoyable, and she even towers above the veteran actor in a couple of scenes.

The Newton Brothers have been tasked with the score again, after working with Flanagan on his Netflix movie Gerald's Game. The background sound is mostly eerie, but offers moments that are quietly comforting every now and then. Pretty spot on.

This is hardly a criticism, but this one is a long movie, one that runs over two and a half hours. The initial build-up, while laid-out and meticulous, could have done with tighter editing. And Flanagan relies on a blue, dark atmosphere a little too much (though this also serves to add to the tension you experience, so it is not all bad).

Doctor Sleep is the kind of film that makes you reflect. No cheap jump-scares, no jacks in the box (or wait, maybe there are some - albeit in a different context). In the humble opinion of yours truly, this one warrants a watch.
Share. Save. Connect.
Tweet
DOCTOR SLEEP SNAPSHOT 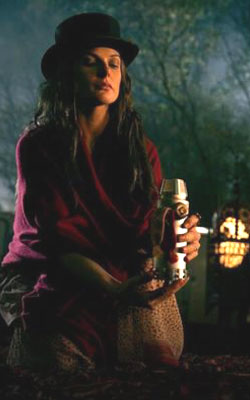 ADVERTISEMENT
This page was tagged for
doctor sleep english movie review in english
Doctor Sleep english movie
Doctor Sleep reviews
release date
Ewan McGregor, Rebecca Ferguson
Follow @fullhyderabad
Follow fullhyd.com on
About Hyderabad
The Hyderabad Community
Improve fullhyd.com
More
Our Other Local Guides
Our other sites
© Copyright 1999-2009 LRR Technologies (Hyderabad), Pvt Ltd. All rights reserved. fullhyd, fullhyderabad, Welcome To The Neighbourhood are trademarks of LRR Technologies (Hyderabad) Pvt Ltd. The textual, graphic, audio and audiovisual material in this site is protected by copyright law. You may not copy, distribute, or use this material except as necessary for your personal, non-commercial use. Any trademarks are the properties of their respective owners. More on Hyderabad, India. Jobs in Hyderabad.