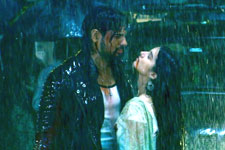 Punarvasu Pendse / fullhyd.com
EDITOR RATING
3.0
Performances
Script
Music/Soundtrack
Visuals
4.0
2.0
2.0
3.0
Suggestions
Can watch again
No
Good for kids
No
Good for dates
No
Wait for OTT
No
A few years ago, comedians Kanan Gill and Biswa Kalyan Rath stormed into pop culture with their "Pretentious Movie Reviews" segment. Apart from the hilarious ways they critiqued Bollywood movies, their show was also marked by how they awarded titles like "Most Values Ever" (Hum Saath Saath Hain) and "Most Suroor Ever" (Aap Kaa Suroor).

In the same vein, we are going to award the title of "Most Dialoguebaazi Ever" to Marjaavaan. While we didn't have many expectations from Milap Zaveri as either a director or a writer, we didn't expect him to go overboard in this fashion.

An orphan, Raghu (Sidharth Malhotra) is picked up from the gutters of Mumbai by mafia kingpin Narayan Anna (Nassar), and raised like the latter's own son. Growing up to become the right hand man of this water mafia (with some casual prostitution racketeering thrown in for good measure) boss, Raghu is resented by Narayan's real son, Vishnu (Riteish Deshmukh). Vishnu is just three feet tall, which causes the buff Raghu's close relationship with his father to make him even more insecure.

Marjaavaan is a film that belongs to another era, to a time long past. Oh, and we are not talking about the sepia vibes and the dulcet tones of the Maximum City à la Photograph. This is a masala movie we have seen time and time again, one which Bollywood REALLY needs to let go now. You might as well look up something with Sunny Deol in it from the '90s, and it would be less of a mess.

The movie conveniently does away with dialogues for the lead actress by the virtue of her being unable to speak, while the "side woman", each time she appears on the screen, is basically hero-worshipping the, well, hero. And of course, while Zoya doesn't say anything, it is her purity and her virtuousness that jolts our macho protagonist into leaving a life of crime. Bollywood, repeat after me: women do not exist to fix screwed-up men.

Marjaavaan is strangely fascinated with disabled characters - we have the heroine unable to speak, a man who can't walk, a boy who stutters, and of course the villain who is shy of a few feet. But this doesn't mean that it has any empathy for those characters or their disabilities. Far from it. Hell, the hostility between the hero and the villain can be described as a futile d**k-measuring contest for the most part.

Speaking of dialogues, this movie is chock full of them - most of them original, to their credit, yet cringe-inducing all the same. Almost every character spouts such nonsense, the lines give the unfortunate cast of this farce the unenviable task of constantly battling accusations of over-acting. Solely by going completely ham on them does Riteish Deshmukh's Vishnu manage to pull some of these lines off. Sidharth Malhotra doesn't have the same capability - the script burdens the usually restrained hero with dialogue that makes it very hard to not over-act.

Tara Sutaria has a larger role than in her previous abomination of a movie, but that isn't saying much. While she isn't arm candy here, she has the equally unattractive job of being the strong, silent woman. But it is Rakul Preet Singh who we feel for the most. She gets absolutely nothing from the script - even her screen time, which far exceeds that of the movie's actual heroine, is termed as an extended cameo. No Sir, the ladies don't get any time to shine here - Marjaavaan is strictly patriarchal.

As for the music, Marjaavaan's soundtrack feels like half of it is remixes of popular old songs, and the other half, item songs. One particular number, which is part of both chunks, is literally the second time "Pyaar Do Pyaar Lo" from Janbaaz has been remixed. Pretty fitting, considering that hardly anything from this movie's plot is original.

If any of the above is what you are looking for, you can totally catch Marjaavaan in the theatres.
Share. Save. Connect.
Tweet
MARJAAVAAN SNAPSHOT 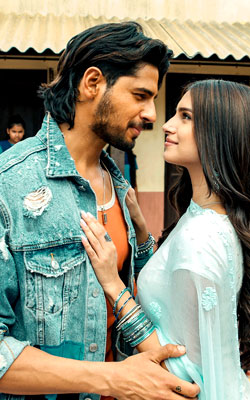 ADVERTISEMENT
This page was tagged for
Marjaavaan hindi movie
Marjaavaan reviews
release date
Riteish Deshmukh, Sidharth Malhotra
theatres list
Follow @fullhyderabad
Follow fullhyd.com on
About Hyderabad
The Hyderabad Community
Improve fullhyd.com
More
Our Other Local Guides
Our other sites
© Copyright 1999-2009 LRR Technologies (Hyderabad), Pvt Ltd. All rights reserved. fullhyd, fullhyderabad, Welcome To The Neighbourhood are trademarks of LRR Technologies (Hyderabad) Pvt Ltd. The textual, graphic, audio and audiovisual material in this site is protected by copyright law. You may not copy, distribute, or use this material except as necessary for your personal, non-commercial use. Any trademarks are the properties of their respective owners. More on Hyderabad, India. Jobs in Hyderabad.