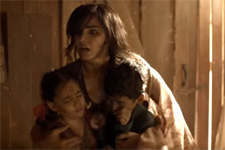 Josh / fullhyd.com
EDITOR RATING
6.0
Performances
Script
Music/Soundtrack
Visuals
7.0
6.0
7.0
7.0
Suggestions
Can watch again
No
Good for kids
No
Good for dates
No
Wait for OTT
Yes
It's a good film all right. We thought we'll get right to the verdict because we can understand the bewilderment of sizing up a Madhur Bhandarkar film before watching it. We understand if you expect a dull monotonous rant about how messed up and corrupt things are. But we also understand if you can't quite forget Chandni Bar or the fact that Dil Toh Bachha Hai Ji was a fairly interesting film. When it's Madhur Bhandarkar, we understand the genuine uncertainty. So here's the verdict - Indu Sarkar is a good film.

But it takes a while to get there.

The film's opening stretch is dull, for instance. In the early 1970s when India was under emergency rule, the men and boys of a certain Muslim community are picked up from their houses and arrested by the police. The men and boys are scared. The women, distraught. The police, brutal. We, bored.

We are bored because Bhandarkar's idea of direction is to show people being oppressed by other people and hope that the audience will feel bad. There's little ingenuity in how he shows it. This situation can still be saved if the performances are stirring, but Bhandarkar is among the many directors who do not know how to get their junior artistes to act. With performances shallow as a kids' pool and a script pretending to be a film, the opening stretch convinces you this is just another poorly directed rant.

Then, something clever happens when we are introduced to the protagonist. Kirti Kulhari plays a diffident stammering orphan called Indu. She wants to be a poet but she's advised to find a husband like the rest of the girls in the orphanage. Her stammer dissuades people from adopting her or considering her as a bride until one day, a goverment officer (Tota Roychowdhury) takes a liking to her and marries her.

The clever part is the officer's name is Naveen Sarkar. Which makes our protagonist Indu Sarkar. The pun in the title makes way for more interesting observations. Neil Nitin Mukesh's character has a receding hairline, and always wears a white kurta with white pajamas and thick-rimmed black spectacles. He is keen on getting Indian men sterilised, and he has the power to command the cabinet or anything else in the government because, you see, his "mummy" runs the country. And this man is called... no, not Gandhi nor Sanjay, but "Chief". And his mummy is called "Prime Minister". And their party is simply "Party".

The 19-line (10 of them in English and nine in Hindi) disclaimer ahead of Indu Sarkar categorically denies that this film is based on any real person or persons. It's all fictional and any resemblance is coincidental. This disclaimer (which you shouldn't miss if you decide to watch this film) along with the whole lack of direct reference to names lets Bhandarkar release his film without having to procure any NOC (No Objection Certificate) from people related to the "Party" or "Mummy" or "Chief". As far as legality is concerned, Indu Sarkar is pure fiction. Clever.

While your cleverness won't make your film for you, it at least shows you are trying to do something about it. Bhandarkar puts in the due diligence on this one by making it an actual story about Indu's difficult decisions. Torn between loyalty for her loyalist husband (who's also a beneficiary of the corrupt regime) and a general sympathy for the tribulations of the common folk, she ends up having to choose when she takes guard of two lost children in the middle of a riot.

Using Indu's stammer and resolve as metaphors for India's own experience with the emergency, Bhandarkar manages to give you enough to engage in. While the script may not be smooth-flowing, his crew bridges the gaps. Kirti Kulhari, Tota Roychowdhury and Neil Nitin Mukesh hold their close-ups well, and when they take charge you don't see much reason to question the film. The drama is right there on their faces. Keiko Nakahara (cinematography) and Anu Malik (music) serve the film well by consistently drawing you to this drama.

Considering it takes digs at the "party", it's very likely you'll enjoy this film if you find yourself on, um, the right side of the fence. But the fact is, Indu Sarkar isn't necessarily playing to the right. The soul of the film stands with anyone who takes their rights seriously. It's for people who, if Kishore Kumar gets banned on All India Radio, will sing Kishore Kumar's songs on the streets. These people could be Hindus, Muslims, Sikhs, RSS workers, or even hippies. Whatever be his wrongs, Bhandarkar gets this one right by making it about rights.
Share. Save. Connect.
Tweet
INDU SARKAR SNAPSHOT 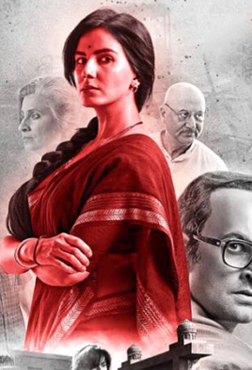 ADVERTISEMENT
This page was tagged for
Indu Sarkar hindi movie
Indu Sarkar reviews
release date
Kirti Kulhari, Neil Nitin Mukesh
theatres list
Follow @fullhyderabad
Follow fullhyd.com on
About Hyderabad
The Hyderabad Community
Improve fullhyd.com
More
Our Other Local Guides
Our other sites
© Copyright 1999-2009 LRR Technologies (Hyderabad), Pvt Ltd. All rights reserved. fullhyd, fullhyderabad, Welcome To The Neighbourhood are trademarks of LRR Technologies (Hyderabad) Pvt Ltd. The textual, graphic, audio and audiovisual material in this site is protected by copyright law. You may not copy, distribute, or use this material except as necessary for your personal, non-commercial use. Any trademarks are the properties of their respective owners. More on Hyderabad, India. Jobs in Hyderabad.