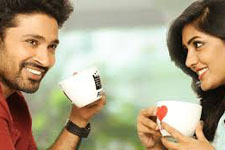 T J Reddy / fullhyd.com
EDITOR RATING
2.0
Performances
Script
Music/Soundtrack
Visuals
3.0
1.0
2.0
2.0
Suggestions
Can watch again
No
Good for kids
No
Good for dates
No
Wait to rent it
Yes
We all have that one friend. You know, that guy/girl that thinks he/she knows better. They supposedly know more about everything and can't stop patting themselves on the back about how much of a godsend they are. A person so toxic that being in his/her presence destroys your confidence and makes you feels horrible about the person you are. You look at that person and think to yourself, "Dude, this guy/gal can have a whole conversation with him/herself and be content as a self-serving tool because he/she has no time for external input or feedback."

Now that you have a picture of this person materializing before your eyes and the feeling this person induces in your heart, I would kindly ask you to associate these emotions with Darsakudu. After the appalling 2016 Kannada film Eradane Sala, 2017's Darsakudu reaches a similar level of atrociousness, at least in my book.

This film likes to reference other movies while talking about how it "sets itself apart" from the crowd. In that vein, I'll use other films to compare and contrast as I write my review.

Like Neninthe and Okka 'V' Chitram before it, Darsakudu tells the story of a young man who believes that he has the requisite nous and dead father to be a path-breaking filmmaker. He channels these deep set emotions, and is functioning as an assistant director at the commencement of the film.

He soon wiles a fellow co-director, and gets a pitch meeting with a lead actor (who inexplicably likes an incomplete story) which convinces the producer to put his faith on the lad's vision. Mr. Megabucks, however, asks Mr. Storyteller Extraordinaire to work on the romance track in his story as the former feels that this specific aspect is lacklustre. The latter agrees to this and goes off on trying to improve his super-duper-high-end-holy-god blockbuster story.

While Nenithe and Okka V Chitram had characters whose trials and tribulations one could empathize with, Darsakudu has one of the most vacuous and vile characters ever put to film masquerading as the good guy. As expected, the movie takes a page out of Ye Maaya Chesaave's playbook by having the so-called "hero" frame a story based on his experiences, but while Gautham Menon's romance opus had brilliantly well-realised motivations and moments, Darsakudu drops those vital aspects since it is too busy continuing to serve its prosaic quest of self-appreciation.

Edgar Wright and Quentin Tarantino make films which are satire- or homage-fuelled love letters to films of yore respectively. They have a deep appreciation for the art of cinema, and their clever subversions of cinematic tropes while telling fully formed stories are evident through their filmographies. Darsakudu tries to ape this style, but comes off as a film that has a disdain for everything cinematic. While the movie could have, and most probably would have, worked as a clever satire of Tollywood in the hands of a better filmmaker, it currently stands as a humourless, vapid and brain-dead satire with a grim tone.

The film reaches its egregious depth with its main character and its justification of his wholly repulsive behaviour. I use the excellent There Will Be Blood and The Prestige as benchmarks if and when I watch films about the devastating effects of ambition. These films have myopic characters that destroy everything in their path (including themselves) on their quest to fulfil their insatiable needs. These stories make for great cinema when a filmmaker realises short-sighted desire is worthless because the supporting characters who help the main characters achieve said goals are falling by the wayside as cannon fodder. A conceit such as this craves for complex stories with complex chronicles.

Well, Darsakudu likes to believe that a near sociopathic obsession is a good thing. The film romanticises it. It looks at its lead character with loving eyes as he tricks and uses a woman's emotions to fuel his project while paying no heed to the amount of psychological stress he is putting her through, is a horrible man-manager who constantly berates his subordinates, forgets his own rule of "direction is 20% talent and 80% management" as he walks away from his film without managing his relationship with his producer, and so on and so forth. An actual full list of his atrocities would make even the most world-weary person shudder.

As a coda, the film does not have actors capable of pulling these roles off with any semblance of grace. An actor with a couple of decades of seasoning under their belts would struggle with these roles, let alone first-timers.

While Sukumar's previous production Kumari 21F proficiently essayed a flawed lead character and illustrated his organic growth over the course of its runtime, Darsakudu chooses to bask in the putrid mentality of its lead character by celebrating his vices as virtues and smothering any voice of reason that dares creeps up in the film.

As a side note, the film does not have a great look, feel or sound to it. The music and score are flat, and the cinematography is so pedestrian that it is slowly becomes distracting.

Films like Darsakudu bother more than other run-of-the-mill bad films because of what they try to propagate to the masses. While a Munna Michael or a Goutham Nanda are unambitious and unimaginative pieces of work which are quite content with echoing humdrum lessons to the public, Darsakudu is one of those rare films that talk down to their audiences from its repulsive high-horse. This is, of course, not an indictment on the filmmakers themselves but only a critique of their work.

The fact that a whole host of young and impressionable men were cheering the ill-treatment of a woman in the theatre I was in and the values this film was feeding them bothered me to a disturbing degree. Hopefully the filmmakers and by extension those young men make better choices with their time and resources. 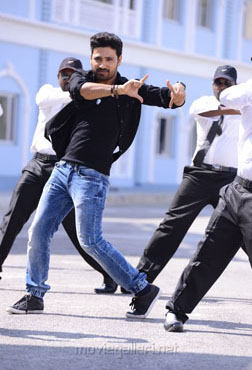 ADVERTISEMENT
This page was tagged for
darsakudu movie tones naa
Darsakudu telugu movie
Darsakudu reviews
release date
Ashok, Isha
Follow @fullhyderabad
Follow fullhyd.com on
About Hyderabad
The Hyderabad Community
Improve fullhyd.com
More
Our Other Local Guides
Our other sites
© Copyright 1999-2009 LRR Technologies (Hyderabad), Pvt Ltd. All rights reserved. fullhyd, fullhyderabad, Welcome To The Neighbourhood are trademarks of LRR Technologies (Hyderabad) Pvt Ltd. The textual, graphic, audio and audiovisual material in this site is protected by copyright law. You may not copy, distribute, or use this material except as necessary for your personal, non-commercial use. Any trademarks are the properties of their respective owners. More on Hyderabad, India. Jobs in Hyderabad.