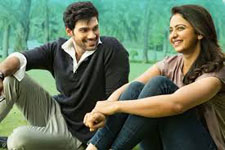 Raghav Venkat / fullhyd.com
EDITOR RATING
5.0
Performances
Script
Music/Soundtrack
Visuals
4.0
3.0
2.0
8.0
Suggestions
Can watch again
No
Good for kids
No
Good for dates
Yes
Wait for OTT
Yes
Boyapati Srinu has directed six movies before Jaya Janaki Nayaka, and each of them has had emotions, violence and a flashback. Most directors have styles that work for them, and the way the mood reaches a crescendo and culminates in an action sequence is Boyapati's - and it has worked more often than not.

Jaya Janaki Nayaka deviates from Boyapati's oeuvre and starts off looking like a romantic movie - the conspicuous similarity of Bellamkonda Sai Srinivas' entrance to that of SRK's in DDLJ plays a good part in your thinking like that. The very next scene makes you fall with a thud - mostly because the hero actor falls with a thud. That's quite an entrance for a hero taking baby steps towards stardom.

Jaya Janaki Nayaka is the tale of Gagan (Bellamkonda Sai Srinivas) and Sweety (Rakul Preet Singh), and how their love crosses all the impediments. Central to the story is the relationship that Gagan shares with his father (Sharath Kumar) and brother (Nandu). The impediments come in the form of Sweety's father, a liquor baron Arun Pawar (Tarun Arora), and Ashwit Narayana Varma (Jagapathi Babu), a man with a prestigious lineage. Sweety is also one of the reasons why Pawar and Narayana lock horns. How Gagan takes Sweety back from their clutches is what the movie all about.

While talking of Monty Panesar, Shane Warne said, "He hasn't played 33 Tests - he has played the same test 33 times." That statement in a way applies to Boyapati as well. He is gravitating towards the modus operandi of Srinu Vaitla - making template-based movies (or, as we used to call them in the days gone by, "formula films"). The action episodes work, but one swallow doesn't a summer make.

Indeed, while the premise of the film is good, the character development and miscasting hurt the execution. The camera tries hard to fall in love with Bellamkonda Srinivas, but his poker face spurns the advances. Srinivas' predicament in this movie is akin to that of Ram in Jagadam. He is acting in a role meant for a star or an actor on the threshold of stardom. A character written with a strong demeanour is projected in an anorectic way by him, and the body language required for the role is missing. Also, he looks good in the action episodes, but can't quite carry off that athletic frame in the dances. A lot of burden was on Suresh's shoulders, and it is apparent that he isn't really up to it yet.

Rakul Preet Singh's character is poorly written, and it is the reason one would assume that she begins where she left off in Sarrainodu. She weeps, weeps and weeps, and then weeps some more, again. It appears like the producers of both the films had access to copious reserves of glycerine.

Jagapathi Babu, like Singh, is in his second movie with the director, and seems to reprise the character from the first film. The even lesser menace in his character makes you wonder why he even agreed to play it. The menace part of the antagonism is handled by Tarun Arora, who does a pretty decent job.

Sharath Kumar and Nandu do well in the roles given to them. Vani Vishwanath makes a surprise appearance.

The cinematography is excellent. An action episode is shot in Hamsala Deevi, the place where Krishna meets the sea. The aerial shots over Hamsala Deevi are superb. No wonder Arthur Wilson was thanked specially at the beginning of the movie - nobody captures water bodies like he does.

It has been proved in the past that Boyapati Srinu's scripts work well when the movies have stars in them. Jaya Janaki Nayaka reinforces the hypothesis. Given that he has Chiranjeevi, Balakrishna and Mahesh Babu in his next three projects, there's good news for Telugu film buffs. This one, however, is not.
Share. Save. Connect.
Tweet
JAYA JANAKI NAYAKA SNAPSHOT 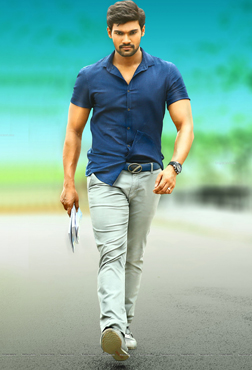 ADVERTISEMENT
This page was tagged for
jaya janaki nayaka full movie in Telugu
Jai Janaki Nayaka Katha
Jaya Janaki Nayaka telugu movie
Jaya Janaki Nayaka reviews
release date
Follow @fullhyderabad
Follow fullhyd.com on
About Hyderabad
The Hyderabad Community
Improve fullhyd.com
More
Our Other Local Guides
Our other sites
© Copyright 1999-2009 LRR Technologies (Hyderabad), Pvt Ltd. All rights reserved. fullhyd, fullhyderabad, Welcome To The Neighbourhood are trademarks of LRR Technologies (Hyderabad) Pvt Ltd. The textual, graphic, audio and audiovisual material in this site is protected by copyright law. You may not copy, distribute, or use this material except as necessary for your personal, non-commercial use. Any trademarks are the properties of their respective owners. More on Hyderabad, India. Jobs in Hyderabad.