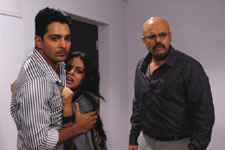 Ravi Kandala / fullhyd.com
EDITOR RATING
3.5
Performances
Script
Music/Soundtrack
Visuals
6.0
2.0
4.0
6.0
Suggestions
Can watch again
No
Good for kids
No
Good for dates
No
Wait to rent it
No
It is not clear if Ravi Babu understands what a sequel means. Yes, the characters need to be continued from the original. Yes, some of their mannerisms need to be retained. Yes, certain identifiable traits need to be reproduced. But, no, you do not have to make the same movie again. And however narcissistic you are, you don't have to be the villain again.

Avunu 2 continues the story of Harsha (Harshavardhan Rane) and Mohini (Poorna). The couple move out of their villa from the first movie and travel to the city to live in an apartment (because ghosts apparently find it difficult to enter apartments). Mohini is now equipped with an amulet which she wears along with her mangalasootra, that is designed to keep the ghost at bay.

The ghost returns to haunt Mohini (obviously). The amulet in Mohini's necklace protects her, so the ghost is forced to find ways to make her bathe so she can remove the chain and it can get her. Also, the amulet that Mohini wears is quite limited range - the ghost can lift up her nighty without any hindrance and even unbutton the nighty until the amulet is revealed. It is only when the amulet shows that the ghost is actually rendered powerless.

The first half of the film is spent showing you the inventive ways in which the ghost tries to make Mohini take the chain off (or go bathing). By the time the second half begins, the ghost starts possessing whoever is in the house, to try and do the deed with Mohini. All this, then, ends in a hurried manner, with the threat of another sequel.

The movie shows you the same things that happened in the first installment, but at a slower and more excruciating pace. The scenes seem repetitive, and some of them are unintentionally funny. The ghost who's there to rape Mohini spends an inordinate amount of time playing hide and seek with her. The neighbors that Ravi Babu shows are just plain irritating. And the background noises made by the ghost are grating.

But the most irritating aspect of the movie are the room fresheners installed all around the apartment. They keep spraying a mist whenever someone passes by, and this means that they are activated twice in every scene - once when the character passes by, and a second time when the ghost passes by.

The actors do a fine job, but are limited by their roles. Certain characters (like a lead scientist in Harsha's company) are unintentionally funny, and have the theatre in splits while uttering serious dialogues. Ravi Babu displays all his creativity in showing us the ultra-modern apartment which is controlled mostly by smart phones and tablets, leaving the remaining film wanting. The movie is technically sound, but that is by now expected of Ravi Babu.

Avunu 2 is unintentionally hilarious and hardly scary. After all, how many times can the same ghost scare the same set of people by doing the same set of things?
Share. Save. Connect.
Tweet
AVUNU 2 SNAPSHOT 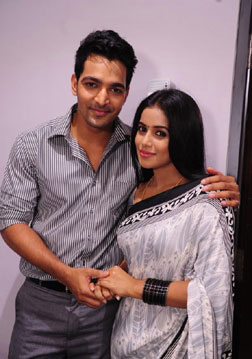 ADVERTISEMENT
This page was tagged for
Avunu 2
Avunu 2 telugu movie
Avunu 2 reviews
release date
Harshvardhan Rane, Poorna
Follow @fullhyderabad
Follow fullhyd.com on
About Hyderabad
The Hyderabad Community
Improve fullhyd.com
More
Our Other Local Guides
Our other sites
© Copyright 1999-2009 LRR Technologies (Hyderabad), Pvt Ltd. All rights reserved. fullhyd, fullhyderabad, Welcome To The Neighbourhood are trademarks of LRR Technologies (Hyderabad) Pvt Ltd. The textual, graphic, audio and audiovisual material in this site is protected by copyright law. You may not copy, distribute, or use this material except as necessary for your personal, non-commercial use. Any trademarks are the properties of their respective owners. More on Hyderabad, India. Jobs in Hyderabad.