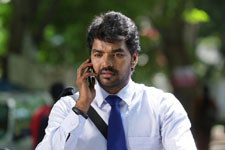 Kritika Deval / fullhyd.com
EDITOR RATING
4.0
Performances
Script
Music/Soundtrack
Visuals
5.0
3.5
5.0
6.5
Suggestions
Can watch again
No
Good for kids
No
Good for dates
No
Wait to rent it
Yes
Kulfi: A film about how people are driven to insanity by bad ringtones, how women are really into iPhones, how you learn about the suffering caused by stalking by trying it for yourself, and something about a mystery whose resolution seems to be "too little, too late is really bad for a movie's health".

Unspoken, unwritten shrieks of logic: Everything!

Try the plot on for size. Kulfi starts with pharma rep Satish (Jai) and his quest for the perfect phone, a quest that goes on for a solid 20 minutes before culminating in the purchase of a "Korean" feature phone that is expected to drown our hero in a flood of nubile female body parts. We know of the heavy burden the phone is supposed to carry on its cheaply manufactured shoulders because there is a song.

Anyway, much to the surprise of Satish and his friends, the phone lets him down and starts terrorising his family, friends and coworkers with its ringtone instead. For some reason, Satish spends half an hour whining about how everyone makes fun of his ringtone, but doesn't think of turning it down. His solution to getting rid of the problem is stealing an iPhone that has been left at a tea stall.

Then, there is Naveena (Swathi), the neighborhood hottie he is in love with, but believes is in an affair with a middle-aged sleazebag. When he's told by Naveena's friend that Sleazebag has only been following her around, as sleazebags are wont to do, our esteemed hero's first and only reaction is to replace Sleazebag with himself, and spend the duration of a song stalking the hapless female. By this time, an hour and half have passed.

Wait, you were expecting a whodunit, weren't you? Well, too bad. It isn't going to show up until after you are convinced that you've entered the wrong hall.

The mystery starts when Satish is done wrapping all of his sad life's loose ends, and has the spare time to begin feeling bad about theft. Things start happening when he tries tracking down the original owner, then the interval happens, and then things just don't happen anymore.

The only, without reservation, redeeming factor of Kulfi is the cinematography. The shots are neatly taken, and a song that shows Swathi being stalked by a zombie horde of strange men has been shot visually creatively. The editing team probably got their hands on the footage at the last possible moment, or else the film would've been at least half an hour shorter and made twice as much sense. The music is passable, and awkwardly placed.

Swathi's only role is to look cute and harrassed by unwanted attention. Jai, on the other hand, emotes in ways that might not have been necessary. All others fit their characters, such as they are.

Oh, and adding to the film's eons-long tradition of not giving you what you were expecting, where the hell is Sunny Leone? You see her right at the beginning in the creatively titled song "Sunny", but surely that can't be all, right? "Ha! You got burned again!" is what the makers are cackling maniacally in their lair as they try to take over the world one nonsensical film and crazy phone at a time.

All in all, Kulfi is a movie that looks wrong, feels wrong, and, if transmogrified into its namesake, would also taste wrong.
Share. Save. Connect.
Tweet
KULFI SNAPSHOT 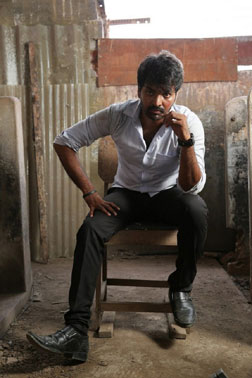 ADVERTISEMENT
This page was tagged for
Kulfi telugu movie
Kulfi reviews
release date
Jai, Swathi
theatres list
Follow @fullhyderabad
Follow fullhyd.com on
About Hyderabad
The Hyderabad Community
Improve fullhyd.com
More
Our Other Local Guides
Our other sites
© Copyright 1999-2009 LRR Technologies (Hyderabad), Pvt Ltd. All rights reserved. fullhyd, fullhyderabad, Welcome To The Neighbourhood are trademarks of LRR Technologies (Hyderabad) Pvt Ltd. The textual, graphic, audio and audiovisual material in this site is protected by copyright law. You may not copy, distribute, or use this material except as necessary for your personal, non-commercial use. Any trademarks are the properties of their respective owners. More on Hyderabad, India. Jobs in Hyderabad.