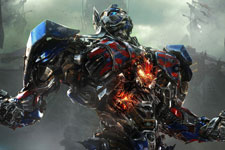 Kritika Deval / fullhyd.com
EDITOR RATING
6.0
Performances
Script
Music/Soundtrack
Visuals
5.0
3.0
8.5
9.0
Suggestions
Can watch again
Yes
Good for kids
Yes
Good for dates
No
Wait to rent it
No
Okay, let's get real. The Transformers movies are as much about selling the hugely popular toys behind the franchise as they are about Micheal Bay's penchant for entertaining us with explosions choreographed with all the precision and beauty of a Russian ballet. The sheep that line up for what invariably ends up being mass mind murder do so expecting a film about shiny robots that turn into shiny cars.

The thing is, despite the fact that the film has no way to justify its runtime, and all the various ways in which it tries to turn into a 3-hour-long lobbying platform for dubious political viewpoints and completely unrelated brands, Michael Bay gives us a movie that is profound in two ways that are polar opposites of each other. And they are both contained in the same words - this is what humanity is capable of.
Share. Save. Connect.
Tweet
TRANSFORMERS: AGE OF EXTINCTION... SNAPSHOT
TRANSFORMERS: AGE OF EXTINCTION (HINDI) SNAPSHOT 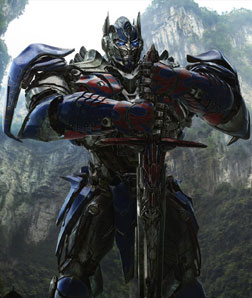