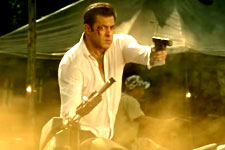 T J Reddy / fullhyd.com
EDITOR RATING
1.5
Performances
Script
Music/Soundtrack
Visuals
2.0
1.0
3.0
4.0
Suggestions
Can watch again
Yes
Good for kids
No
Good for dates
No
Wait to rent it
No
In the original Race, Saif Ali Khan's Ranvir Singh emphatically said, "Main dhoka dene walo ko doosra mauka nahi deta." We ask, why do we as an audience not follow that golden rule? How did we get to a point where gave a teesra mauka to a franchise that made little sense in its first outing?

Race 3 repays your blind faith by dumping the charismatic Saif Ali Khan, directors Abbas-Mustan and the titular Race out of this third instalment and replacing it with a robotic Salman Khan (Bhai) in front of the camera and maverick filmmaker Remo D'Souza behind it. Lest we forget, the latter was the radioactive spider whose bite was responsible for India's favourite superhero, The Flying Jatt. But none of that would have been our business if the makers of this "movie" saw the abomination they'd created and kept it to themselves. But they made it our business by releasing it worldwide. And now, you, dear reader, have made it your business by choosing to read this review. So, we welcome you to the rabbit hole. There is no place to go but down.

Race 3 follows the highly convoluted and utterly nonsensical story of Sikandar Singh (Salman Khan) as he attempts to protect himself from his family, while also endeavouring to save them from harm and avenging some wrongs inflicted on to them. You may ask, weren't the Race movies all about the fact that family can't be trusted when big money is involved? To that we say, the previous instalments didn't have its hero stealing a hard disk filled with videos of politicians having sex, so there.

The younger Deol isn't the only victim of this piece of cinema's many sins. There is a whole cast of unlikable, one-dimensional and meme-worthy characters we have to get around to. We have the brother-sister duo of Suraj (Saqib Saleem) and Sanjana (Daisy Shah) who want to eliminate Sikandar (while doling out incredibly poorly written lines) in an effort to take over the latter's share of the family fortune. They attempt to achieve this by enlisting the help of con-woman / pole dancer / seductress / truck driver (and also an undercover Interpol agent) Jessica. You'd expect a multi-talented woman like that to be played by an actress with the breadth and range to encompass the full physical and emotional spectrum that... wait... the character is played by Jacqueline Fernandez because, in a Bhai film, no one upstages Bhai.

The sentiment of nothing and no one upstaging Bhai is engrained in the movie to such a degree that the iconic Allah Duhai Hai that underscores every Race film is neutered with uninspired rap lyrics and a beat that takes away its oomph. While this would be bad enough all by itself, your eardrums are subject to two, count 'em, TWO songs that were written by Bhai himself. Eat your heart out Amitabh Bhattacharya, your lyrics have nothing on gems such as "I found love when I ran into you" and "Ek baar selfish ho ke, apne liye jiyo na". Is this film actively trying to troll its audience with that lyric? They made a song about the fact that they get to go on an all-expense paid vacation to the Middle East while putting no effort into making an entertaining film. That might be the most egregious part of this poorly scored and atrociously sound-edited film if it weren't for one other scene.

The snippet in question is the item fight between Jacqueline Fernandez and Daisy Shah. The film's jaundice infected colour scheme, incorporation of ADHD editing to hide its actors' lack of combat training, eye-sore inducing special effects, and colossally wasting practical stunt-work could all be overlooked to a degree if it weren't for this fight drenched in the male gaze. This a fight scene which shows you that both actresses learnt to do splits, cartwheels, cannonballs and many such feats of acrobatic prowess. If only CM Punk knew these techniques, he wouldn't be 0-2 in the Octagon as we speak.

If there is any praise to be given where this movie is concerned, it belongs to three entities. The luxury car companies that design those sweet rides, Anil Kapoor's tailor, and you as a member of the audience that sat through this movie. Yes - not enough people thank you for your sacrifice. We do but also hope that you don't give these guys a fourth chance because another one of these turds is coming whether we want it or not.
Share. Save. Connect.
Tweet
RACE 3 SNAPSHOT 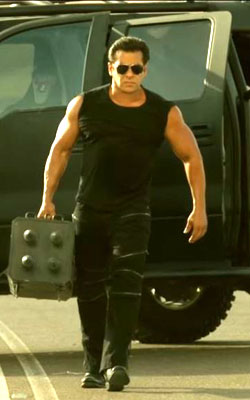 Is there a mistake?
TJ Reddy on 23rd Jul 2018, 6:31am | Permalink
I've watched Race 3 a couple more times with my friends simply because it is so hypnotically bad. It is akin to watching The Room. It is a train wreck one can't look away from and hence the Yes there.

ADVERTISEMENT
This page was tagged for
race 3movie kothi relis
Race 3 hindi movie
Race 3 reviews
release date
Anil Kapoor, Salman Khan
Follow @fullhyderabad
Follow fullhyd.com on
About Hyderabad
The Hyderabad Community
Improve fullhyd.com
More
Our Other Local Guides
Our other sites
© Copyright 1999-2009 LRR Technologies (Hyderabad), Pvt Ltd. All rights reserved. fullhyd, fullhyderabad, Welcome To The Neighbourhood are trademarks of LRR Technologies (Hyderabad) Pvt Ltd. The textual, graphic, audio and audiovisual material in this site is protected by copyright law. You may not copy, distribute, or use this material except as necessary for your personal, non-commercial use. Any trademarks are the properties of their respective owners. More on Hyderabad, India. Jobs in Hyderabad.