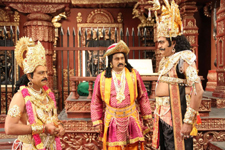 Ravi Kandala / fullhyd.com
EDITOR RATING
1.0
Performances
Script
Music/Soundtrack
Visuals
1.0
1.0
1.0
1.0
Suggestions
Can watch again
No
Good for kids
No
Good for dates
No
Wait for OTT
No
Well, the makers of this film did warn us. Right in the title of the film, they warned us. They told us to be careful, even wary of humans - them included. And it serves us right that we endured two and half hours of a terrible movie, because we did not heed that warning.

The movie's posters only feature the senior actors - Rajendra Prasad, Krishna Bhagwan, M S Narayana and Naresh. Again, we should have been warned that these actors only play glorified cameos in the film, and that the actual leads are different. Akshay Tej and Soniya Birji, the leads, show as little talent as possible, and manage to get through the entire movie posturing their hands this way and that.

The bizarre plot features an honest hero played by Akshay Tej (pardon us, but we didn't exactly catch his name as no one really called him by name throughout the film). Akshay is a journalist who keeps getting scoops that his channel does not telecast as they get kickbacks from the parties concerned.

One day, our man falls into a manhole while he is deep in thought, and is promptly taken to Yama Loka. It is revealed there that Chitragupta's (Krishna Bhagwan) laptop had committed an error, and our hero was killed earlier than planned. Yama (Rajendra Prasad) tells him that he will send him back to his own body. However, our hero argues that earth is filled with bad people and he does not want to go back there.

Yama says that there is still some good left in the world. As an example, he shows Neeraja (Soniya Birji), a girl who is holier than thou and better than Miss Goody Two Shoes. Our heroine runs to help anyone she can. Akshay promptly falls in love with her, and agrees to go back to earth. Once there, he starts stalking the heroine, prompting her to tell him to get lost.

His friends also tell him that any girl on earth has an affair with at least three boys, and any boy with four girls. Our hero promptly suspects the girl, follows her, and creates a ruckus outside her hostel and accuses her of having three boyfriends, at least one affair, and one illegitimate daughter. The heroine again sends him on his way with just one finger (the one used to point the way, not the one you were thinking).

The movie then alternates between the hero going to the beach and abusing Yama, and trying to woo the heroine back, and like all Telugu films, has a happy ending.

It is funny when the director inducts a message after every few scenes. The preceding scenes for all these "message" scenes contain a terrible level of sleaze, including showing girls stripping and dancing in hostels in the name of ragging, live shows of sexual intercourse in Internet cafes, showcases of major PDAs in buses, and a man who acts possessed whenever he sees the exposed legs of a woman. After every one of these scenes, he has one character in the movie give us a message followed by the words "Manushulatho Jaagrattha".

In the midst, he also throws in a few parody songs featuring M S Narayana - which brings us to the actors. We wonder what dire financial straits senior actors like Rajendra Prasad, Naresh, Krishna Bhagwan and M S Narayana are in. Or what debt they owe the director and the producer of this movie that they decided to act in it. While the leads are pathetic, the seniors sleepwalk through the film.

The technical values are non-existent, and the movie has no other virtues that we can talk about. All we can say is, heed our warning and stay away. You really have to be careful with human beings nowadays.
Share. Save. Connect.
Tweet
MANUSHULATHO JAGRATHA SNAPSHOT 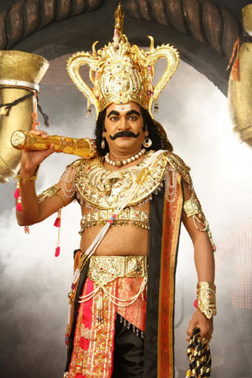 ADVERTISEMENT
This page was tagged for
manushulatho jagratha movie telugu review
www.manushulatho jagratha full movies.com
manushulatho movie review
Manushulatho Jagratha telugu movie
Manushulatho Jagratha reviews
Follow @fullhyderabad
Follow fullhyd.com on
About Hyderabad
The Hyderabad Community
Improve fullhyd.com
More
Our Other Local Guides
Our other sites
© Copyright 1999-2009 LRR Technologies (Hyderabad), Pvt Ltd. All rights reserved. fullhyd, fullhyderabad, Welcome To The Neighbourhood are trademarks of LRR Technologies (Hyderabad) Pvt Ltd. The textual, graphic, audio and audiovisual material in this site is protected by copyright law. You may not copy, distribute, or use this material except as necessary for your personal, non-commercial use. Any trademarks are the properties of their respective owners. More on Hyderabad, India. Jobs in Hyderabad.