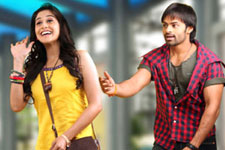 Ravi Kandala / fullhyd.com
EDITOR RATING
6.0
Performances
Script
Music/Soundtrack
Visuals
6.0
7.0
4.0
6.0
Suggestions
Can watch again
No
Good for kids
No
Good for dates
No
Wait for OTT
No
It's like this. You can't have a newcomer from the mega family in a movie and not have him wield an axe / sword / scythe / other decapitation tool and kill a zillion people. Ravi Kumar Chowdary, the director of Pilla Nuvvu Leni Jeevitham (PNLJ), then, deserves a pat on the back for keeping the number of fights in this movie limited to one. That the one fight is so gory that it resulted in the movie getting an A certificate is a different story entirely.

PNLJ is about Srinu (Sai Dharam Tej), a happy-go-lucky-carefree-youngster who visits an engineering college a few times in the movie to remind us that he plays a student in the college. Srinu, as is wont to happen, falls in love with Sailaja (Regina Cassandra), his classmate, the first time he sees her.

He then religiously sexually harasses her (aka wooing the girl in Telugu cinema parlance) until she tells him that she has loads of problems in life and asks him to leave her alone. He, of course, does not leave her alone. At this point, it is revealed that someone is trying to kill Sailaja, and he vows to protect her. Why someone is after Sailaja and how Srinu brings things to a happy conclusion form the story of the flick.

PNLJ is a very well-written film considering that it does not fall into the trap of the big budget hero introduction flicks that we see all the time. The screenplay of the movie is structured into two neat narrations, pre- and post-interval, with the same set of events occurring between two different sets of characters.

What do not work are the comedy and the songs in the first half, and the overly simplified climax. While the story proceeds on fairly solid grounds, the compulsion to include songs and a half-baked comedy track which has all the comedians in the industry coming in for 2-minute roles ruins some of the momentum.

Sai Dharam Tej makes a good debut and chooses a script without the grand machismo usually associated with such debuts. He has some rough edges, but considering that this is his second film (though the first one to release), he has the potential to grow. Regina is quickly becoming the next Goan girl who can take over Telugu cinema. Jagapathi Babu puts in a stellar effort this time around breaking the rut that he was threatening to get into in his last few flicks. The rest of the support cast does a decent job.

The music is average, and Sai Dharam Tej works hard on his dance moves. The technical values are top-notch, as is expected when a film is produced by two of the top banners in the industry.

PNLJ really needed to let go of the temptation to include one blood-curdling fight - it would then have gotten a U certificate making it the movie you could take your family to. Well, you could still leave the kids at home and watch it.
Share. Save. Connect.
Tweet
PILLA NUVVU LENI JEEVITHAM SNAPSHOT 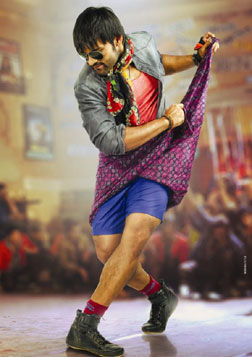 ADVERTISEMENT
This page was tagged for
pilla nuvvu leni jeevitham songs com telugu
Pilla Nuvvu leni jeevitham events Colony full movie come
Pilla Nuvvu Leni Jeevitham telugu movie
Pilla Nuvvu Leni Jeevitham reviews
release date
Follow @fullhyderabad
Follow fullhyd.com on
About Hyderabad
The Hyderabad Community
Improve fullhyd.com
More
Our Other Local Guides
Our other sites
© Copyright 1999-2009 LRR Technologies (Hyderabad), Pvt Ltd. All rights reserved. fullhyd, fullhyderabad, Welcome To The Neighbourhood are trademarks of LRR Technologies (Hyderabad) Pvt Ltd. The textual, graphic, audio and audiovisual material in this site is protected by copyright law. You may not copy, distribute, or use this material except as necessary for your personal, non-commercial use. Any trademarks are the properties of their respective owners. More on Hyderabad, India. Jobs in Hyderabad.