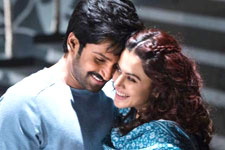 Veturi Sarma / fullhyd.com
EDITOR RATING
4.5
Performances
Script
Music/Soundtrack
Visuals
6.0
5.0
7.0
7.0
Suggestions
Can watch again
No
Good for kids
No
Good for dates
No
Wait to rent it
Yes
One of Kona Venkat's noted strengths is being able to inject comic sequences into mundane plots, and he tries them in this thriller, too. The results are however mixed this time - the reason being that the earlier films where the comedy worked had plots that gave him enough material to come up with interesting characters with behavioural quirks, while Neevevaro is a one-note thriller that gives him no such leverage.

For starters, the movie appears shallow all through the courtship between Kalyan (Aadhi Pinisetty), a blind masterchef, and Vennela (Taapsee Pannu), who is, well, a good woman, because that is the only quality Telugu film heroines are allowed to have. Kalyan has a doting family that could suffocate him with their sweetness, and he also has a childhood sweetheart Anu (Ritika Singh) who wants to marry him. Kalyan falls hook, line and sinker for Vennela, but something about the relation does not seem quite right after a while once she narrates her financial struggles to him.

After a fateful accident Kalyan gets his eyesight back, but loses Vennela. And when he digs deep into her disappearance, the findings are less than pleasing. It would be a crime to reveal any further without spoiling the fun(?) for you, but whatever happens on the screen has already been figured out a half hour in advance by everyone watching it.

With most of the tale predictable and the end inevitably long, it falls upon the writers to make the fillers effective, throw in a few red herrings, make the character motivations ambiguous to the hero, and do everything in a slick and fast-paced way so that the audiences do not notice the loopholes. Unfortunately, Neevevaro does none of these things as Kalyan proceeds to do the basic police work in a laidback manner aided by a goofy sidekick Chokka Rao (Vennela Kishore). He knows that everything will fall into place somehow, and the stakes (Rs. 25 lakhs) are nowhere near enough to raise the anxiety levels in Telugu audiences who watch multi-millionaire heroes stuttering across the screens every Friday.

It doesn't help matters that the entire first half is soul-sapping with the characters practically fighting with each other to parade mediocrity. The family schtick is out of bounds and the courtship is a real pain to go through. Kalyan takes care of multiple goons when he is blind, but is so hopelessly in love that he can't think beyond the last work that comes out of Vennela. If we put on our subversive thinking hats, it seems that Kalyan was served a well-deserving lesson for being such a poor sucker.

Aadhi Pinisetty gets a protagonist role this time that isn't burdened with heavy-duty dialogues or impossible dance moves. He looks dapper all through and does what is necessary without ever transcending the material. Taapsee Pannu looks bored and goes through the motions during the first half that doesn't sync with the turnaround her character undergoes in the second half. It doesn't help that the romance isn't written particularly well, but the actress could have done more to make the audiences believe in her.

Vennela Kishore as Chokka Rao is expectedly the standout performer (he gets the loudest cheers on appearance on screen), and lives up to his billing by improvising upon the lines and scenarios given to him. Sapthagiri, limited to a room, and other supporting actors deliver what is asked of them.

The music and background score by Achu Rajamani, Prasan and Ghibran is a huge asset. Each of the songs flows along beautifully, with the Rakshasi song in particular leaving a mark upon the audiences. Director Harinath does a pretty neat job of putting everything together as can be seen in how the film looks, sounds and feels. It's a pity that he is just the director and not the writer as well.

Neevevaro is a one-trick pony that cannot hide it for too long, and you'd not really regret skipping this one.
Share. Save. Connect.
Tweet
NEEVEVARO SNAPSHOT 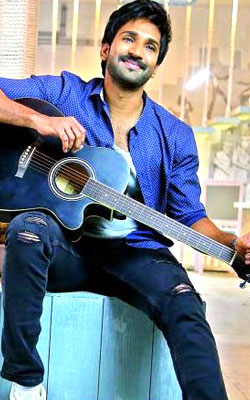 ADVERTISEMENT
This page was tagged for
neevevaro full movie in telugu
Neevevaro telugu movie
Neevevaro reviews
release date
Adhi Pinisetty, Taapsee Pannu
Follow @fullhyderabad
Follow fullhyd.com on
About Hyderabad
The Hyderabad Community
Improve fullhyd.com
More
Our Other Local Guides
Our other sites
© Copyright 1999-2009 LRR Technologies (Hyderabad), Pvt Ltd. All rights reserved. fullhyd, fullhyderabad, Welcome To The Neighbourhood are trademarks of LRR Technologies (Hyderabad) Pvt Ltd. The textual, graphic, audio and audiovisual material in this site is protected by copyright law. You may not copy, distribute, or use this material except as necessary for your personal, non-commercial use. Any trademarks are the properties of their respective owners. More on Hyderabad, India. Jobs in Hyderabad.