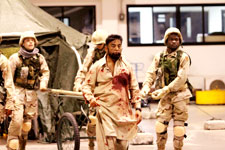 T J Reddy / fullhyd.com
EDITOR RATING
4.0
Performances
Script
Music/Soundtrack
Visuals
6.0
3.0
7.0
3.0
Suggestions
Can watch again
No
Good for kids
No
Good for dates
No
Wait for OTT
Yes
Vishwaroopam 2's opening credits sequence comprises a song and visual cues asking the audience to remind themselves of the adventures of Wisam Ahmed Kashmiri / Vishwanath (Kamal Haasan) from the first part of this duology. This self-referential choice serves two purposes. The clever intended one is to prime the audience for the film they are about to watch with a 3-minute crash course of the original Vishwaroopam's primary plot points and highlights. However, the unintended and unfortunate repercussion of this choice makes itself exceedingly clear through the 145-minute runtime of this film.

And that is this sequel in a nutshell. With a story that does not warrant a near two-and-half-hour runtime, Haasan stretches his espionage opus to a degree where every strength and flaw is brought to the fore. There are no new elements added to the original, and a joke is just not as funny when one hears it the second time around.
Share. Save. Connect.
Tweet
VISHWAROOPAM 2 (TAMIL) SNAPSHOT 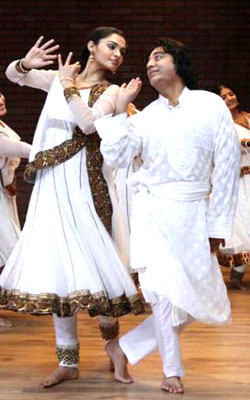 ADVERTISEMENT
This page was tagged for
Vishwaroopam 2 (Tamil) tamil movie
Vishwaroopam 2 (Tamil) reviews
release date
Kamal Haasan, Rahul Bose
theatres list
Follow @fullhyderabad
Follow fullhyd.com on
About Hyderabad
The Hyderabad Community
Improve fullhyd.com
More
Our Other Local Guides
Our other sites
© Copyright 1999-2009 LRR Technologies (Hyderabad), Pvt Ltd. All rights reserved. fullhyd, fullhyderabad, Welcome To The Neighbourhood are trademarks of LRR Technologies (Hyderabad) Pvt Ltd. The textual, graphic, audio and audiovisual material in this site is protected by copyright law. You may not copy, distribute, or use this material except as necessary for your personal, non-commercial use. Any trademarks are the properties of their respective owners. More on Hyderabad, India. Jobs in Hyderabad.