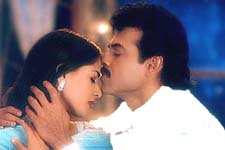 Ajay Bhashyam / fullhyd.com
EDITOR RATING
7.0
Performances
Script
Music/Soundtrack
Visuals
NA
NA
NA
NA
Suggestions
Can watch again
NA
Good for kids
NA
Good for dates
NA
Wait for OTT
NA
A woman in hand is worth two in the heart - or anywhere else, for that matter - is Chandu's motto. And you gotta give it to him, the women are worth a handful (we could say more on this, but raving about women for more than 2 sentences isn't among the 7 habits of highly effective reviewers - and anyway, you get the point). Only, life can't go along like that, can it? Hence Prematho Raa.

First things first. When a movie starts 10 minutes early on the second day of its showing, you begin to wonder if there isn't something amiss. And your fears would be validated in the first half an hour of 'Prematho Raa' itself - the initial part of the movie is the very definition of predictability. So we can only figure that the sympathetic dude in the projector room probably decided to start with what's new!

Chandu (Venkatesh) is the younger son of a rich family, and he's quite a promiscuous playboy. Needless to say the family is worried about his future, but an astrologer predicts a change in him that will be brought about by, yes, a girl. And in the next scene, the amazingly sensuous Geeta (Simran) makes her entrance. Isn't it all path-breakingly refreshing so far?

Chandu woos her in an admittedly novel way, and this even makes for some laughs. As is his wont, he has his fun and leaves her in the lurch. Now comes twist number one (there are many more to come) - Chandu's elder brother Vijay is getting married to his (Vijay's) love. And this lady stops the wedding at the 11th hour by telling the family how Chandu cheated her sister, Geeta. Beep beep beep... interval.

The only way Chandu can get his beloved brother married is to convince Geeta that he's become a totally changed man. The rest of the movie is taken up by this exercise - pointless or not. The climax itself is at times believable and at others practically laughable. Especially the scene where Simran is running along Tank Bund (in the wrong direction, I might add) trying to stop Chandu at the airport.

The first three songs are brilliant in almost every way - choreography, locales, music and even relevance to the story line, an almost extinct species in today's movies. After that the whole song-and-dance routine just falls to pieces. Someone please tell the director that just putting a bevy of babes into every song will not add class to it.

The comedy track is quite funny, and never does the hamming get too much. The girls in the songs and partly in the storyline are gorgeous - and never does the director miss an opportunity to showcase where the ladies' real talents lie.

This is a good movie for 3 hours of total time pass.
Share. Save. Connect.
Tweet
PREMATHO RAA SNAPSHOT

ADVERTISEMENT
This page was tagged for
prematho raa review
prematho Raa
amazon
about telugu movie premtho raa about story
prematho raa filim
Follow @fullhyderabad
Follow fullhyd.com on
About Hyderabad
The Hyderabad Community
Improve fullhyd.com
More
Our Other Local Guides
Our other sites
© Copyright 1999-2009 LRR Technologies (Hyderabad), Pvt Ltd. All rights reserved. fullhyd, fullhyderabad, Welcome To The Neighbourhood are trademarks of LRR Technologies (Hyderabad) Pvt Ltd. The textual, graphic, audio and audiovisual material in this site is protected by copyright law. You may not copy, distribute, or use this material except as necessary for your personal, non-commercial use. Any trademarks are the properties of their respective owners. More on Hyderabad, India. Jobs in Hyderabad.