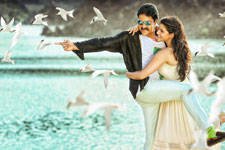 Kritika Deval / fullhyd.com
EDITOR RATING
4.0
Performances
Script
Music/Soundtrack
Visuals
5.5
3.5
5.5
6.0
Suggestions
Can watch again
No
Good for kids
No
Good for dates
No
Wait to rent it
Yes
Mediocrity should not have extremes, but we dare you to find another movie that hits the heights of mediocrity as well as Jakkanna does. As a reviewer for fullhyd.com, this writer has had the privilege of experiencing exactly how bad cinema can get. We even recognise that it takes a peculiar genius to make a film that has all the awful inevitability of a trainwreck. We've even lamented at the cookie-cutter nature of most mainstream Telugu films. Jakkanna, however, just leaves us completely clueless as to the point of it all.

We begin with Ganesh (Sunil), a stereotypical quirky character, though how Vamsi Krishna managed to turn quirky into a stereotype is beyond us. He lives by the motto "Manakevaraine sahayam chesthe, manam valla life tho vyavasayam chesestham." This is a sentiment you'll tire of hearing really effing soon, but nowhere near as soon as you'll tire of hearing every second line that has had a rhyme force-fed to it.

Anyway, Ganesh is a man on a mission, looking for a man called Bairagi (Kabir Duhan Singh) - until, that is, he spontaneously falls into love, like, forever, with Sahasra (Mannara Chopra). Bairagi, as you may have guessed from his name, is The Villain, and, seriously, the bad guy really shouldn't be accidental comedy fodder that's much funnier than any of the funny men actually paid to make you laugh.

Ganesh has a rather unique way of dealing with this particular bad guy who works in the shadows and has people afraid of even saying his name. He drags him out into the limelight and generally plays merry havoc with his life, all because the man had the temerity to help Ganesh in some mysterious way in the depths of the past. Really, you can't help but feel sad for the movie that could've been had the makers wanted to turn it into anything other than what it is - just another episode in Sunil's practice run as the self-effacing, more than slightly neurotic hero. There's a 'Twist', of course, but blow your mind, it will not.

Sunil is a little less underwhelming than he has been in all his previous starring roles since his "makeover". If Mannara Chopra has any of the presence or talent that her cousins have, she certainly doesn't waste it here. Kabir Singh makes you laugh the most when he doesn't mean to. The rest of the cast comes and goes, making little impact one way or another.

The visuals are neatly done, just like the rest of the film. The music is catchy enough, if that's your thing, although there's little rhyme or reason to how the numbers are placed throughout the ridiculously predictable plot.

Jakkanna is a superlatively underwhelming movie. The problem with giving it a lower rating, however, is that there's nothing about the movie that's bad. It's all kind of just there. If you want to make a trip to a movie theatre to experience "just there-ness", that's on you. I, for my part, would've been perfectly happy watching it in bits and pieces as I helped mom chop veggies for dinner.
Share. Save. Connect.
Tweet
JAKKANNA SNAPSHOT 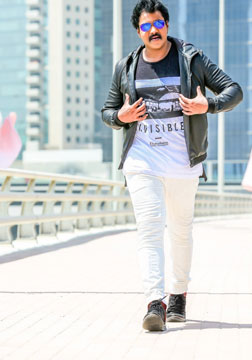 ADVERTISEMENT
This page was tagged for
Jakkanna telugu movie
Jakkanna reviews
release date
Sunil Varma Indukuri, Mannara Chopra
theatres list
Follow @fullhyderabad
Follow fullhyd.com on
About Hyderabad
The Hyderabad Community
Improve fullhyd.com
More
Our Other Local Guides
Our other sites
© Copyright 1999-2009 LRR Technologies (Hyderabad), Pvt Ltd. All rights reserved. fullhyd, fullhyderabad, Welcome To The Neighbourhood are trademarks of LRR Technologies (Hyderabad) Pvt Ltd. The textual, graphic, audio and audiovisual material in this site is protected by copyright law. You may not copy, distribute, or use this material except as necessary for your personal, non-commercial use. Any trademarks are the properties of their respective owners. More on Hyderabad, India. Jobs in Hyderabad.