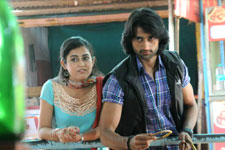 Nupur Barua / fullhyd.com
EDITOR RATING
5.0
Performances
Script
Music/Soundtrack
Visuals
7.0
4.0
5.0
6.0
Suggestions
Can watch again
No
Good for kids
No
Good for dates
Yes
Wait to rent it
Yes
In the weeks preceding its release, Saare Jahaan Se Mehnga has been promoted as the movie that comes from the makers of Phas Gaya Re Obama. While the latter was a pioneering effort to make independent films relatable to the common man and his problems, the latest movie, that also stars Sanjay Mishra, is a slicker, smarter product, and somewhat detached, despite its relevant content.

To begin with, the movie has all the elements of a typical "common man problem" - this time, the issue is inflation (the last time, it was the recession). Puttanpal (Sanjay Mishra) and his wife Noori (Pragati Pandey) live with the former's father Nagpal (Vishwa Mohan Badola) and brother Gopal (Ranjan Chabbra). The family go about their daily lives even as they struggle to cope with the ever-increasing prices of necessary commodities. In fact, Nagpal cannot remember when he has last had a decent meal, and this is not because he is senile.

Puttanpal works in a government-run animal breeding centre, and his life is going nowhere. Gopal is still attempting to pass his Higher Secondary Certificate, in vain, for quite a while. Noori knows that the only way she can retain her regular customers (she works in a beauty parlour) is by offering them bizarre discounts.

And then Puttanpal is inspired by a friend to participate in a scheme that may just see the entire family through the tough times and to not join the millions of poverty-stricken individuals in a country where corruption is a virtue and being honest is a vice. And then there is the loan inspector (Zakir Hussain), who has become a part of the family, one way or the other.

The makers obviously had a vision when they first thought of this movie. What they could not execute was a projection of real life in times of financial crises. The characters are individually as tangible and believable as possible, but it is the situations in the movie that seem surreal.

The story is in place, but the script could have been much, much tighter. Although it is not a lengthy movie, some of the parts seem so stretched that you begin to get restless in your seat.

It looks like the makers, in an effort to give it a production value, concentrated more on the technicalities of the movie than the soul, which is exactly what is missing in the film. Unlike movies like Peepli Live, there are no compelling moments that make you root for the people who are in a fix and who need your sympathy.

The plot points are few and far between. However, despite the flaws, the issue of inflation is relevant, and maybe making the situations unreal is exactly what is needed to bring attention to the economic state of our country.

All the actors are excellent, which makes the lack of a strong script even more obvious. The movie belongs to Sanjay Mishra, though. He is the central character, and everything revolves around him. Vishwa Mohan Badola is slightly over the top, as is Pragati Pandey, but that suits the characters they play.

Production design is a little too "small town" to make it identifiable. Ditto with the costumes. Again, the whole atmosphere is that of a place where everything is exaggerated, and, for a satire, this may be the right way to go. The music is average.

Watch Saare Jahaan Se Mehnga, just to get an idea of how ridiculous we have become as a nation, and the fact that there are some people (read: the makers of the movie) who can still see the humour in all of this. Do not expect too much sense, though.
Share. Save. Connect.
Tweet
SAARE JAHAAN SE MEHNGA SNAPSHOT 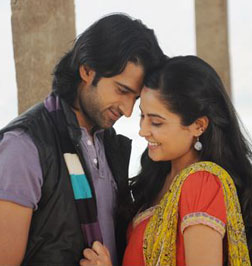 ADVERTISEMENT
This page was tagged for
Saare Jahaan Se Mehnga hindi movie
Saare Jahaan Se Mehnga reviews
release date
Sanjay Mishra, Vishwa Mohan Badola
theatres list
Follow @fullhyderabad
Follow fullhyd.com on
About Hyderabad
The Hyderabad Community
Improve fullhyd.com
More
Our Other Local Guides
Our other sites
© Copyright 1999-2009 LRR Technologies (Hyderabad), Pvt Ltd. All rights reserved. fullhyd, fullhyderabad, Welcome To The Neighbourhood are trademarks of LRR Technologies (Hyderabad) Pvt Ltd. The textual, graphic, audio and audiovisual material in this site is protected by copyright law. You may not copy, distribute, or use this material except as necessary for your personal, non-commercial use. Any trademarks are the properties of their respective owners. More on Hyderabad, India. Jobs in Hyderabad.