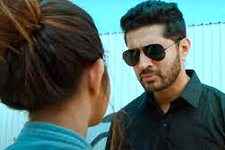 Anil Bandhakavi / fullhyd.com
EDITOR RATING
1.5
Performances
Script
Music/Soundtrack
Visuals
1.0
1.0
5.0
2.0
Suggestions
Can watch again
No
Good for kids
No
Good for dates
No
Wait for OTT
Yes
Shukra, a thriller-drama written and directed by Suku Purvaj, tries to show how sometimes the ones you trust the most can turn out to be the ones who manage to hurt you the most. However, the movie in its execution fails to go much beyond establishing this central idea.

Willy (Arvind Krishna) and Ria (Srijitaa Ghosh), a young, married couple, newly move into a home in the Vizag area. As Willy gets more and more immersed in the stresses of his business, Ria takes notice of their relationship getting adversely impacted. To get things back on track, they decide to throw a house party for Ria's birthday, hoping that the celebration will give them a chance to forget their woes.

A party that starts off well goes wild after one of the guests brings up the idea of taking some psychedelic pills to enhance the fun. Willy wakes up a day and a half later to find three dead members in the house. In a state of utter confusion, he calls his friend Shiv, who was also in attendance, to help him figure out what to do. It is suspected that a gang that goes by the name "THUGS", which was responsible for a recent bout of armed robberies, must be behind the incident.

As Willy digs deeper for answers, a perplexing set of revelations suggests that people very close to him might not be as trustworthy as he might think.

In the interest of giving Shukra the benefit of the doubt, let's call the movie experimental. The issue with experiments is that they often throw in a number of elements into a blender but fail to stitch them together to create one final product with its own unique identity. For example, a person is not simply an assemblage of body parts, but is a personality, with no form, that's put into action by the person's physical body. In the end, a film must carry with it a "personality" to be remembered as more than just a collection of audio-visual elements.

The so-called elements - the body parts in our human analogy - are not of the highest quality, either. The acting is clearly acting. We go to the cinema to get introduced to a set of characters that we will be following for a couple of hours as though they really exist, not to be actively aware that it's all an act. Moreover, some of the characters come with fake American accents which is totally unnecessary. The dialogue is incomplete, abrupt, and often incoherent - there are instances in which one character says something and another one responds with something seemingly unrelated.

In many sections, the flow of the movie is almost like a series of transition shots put together in a sequence, with long durations going by with no change in the story. As a result, many scenes lack the smooth continuity that allows the setting to naturally unravel in front of your eyes. Instead, they're presented as a clutter of short shots from various angles that never manage to assign a sense of fullness to the situation being played out.

The climax is not something that is built up to, but just a long explanation by the culprit as to why they were chosen by the story writer. This 119-minute show probably weighs about seven minutes of story.

The technical shortcomings make it difficult to judge whether the movie's story had the potential to be something. It's like trying to figure out the substance within the writings of a person who's very new to a language. Hopefully, Purvaj and company improve their "language skills" in the sequel, as they make it quite clear at the end of this film that part 2 of Shukra is a thing. 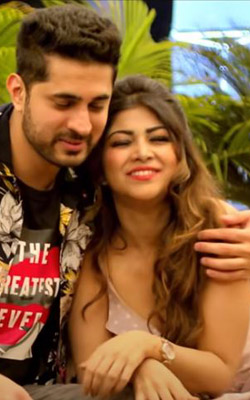 ADVERTISEMENT
This page was tagged for
Shukra telugu movie
Shukra reviews
release date
Arvind Krishna, Srijitaa Ghosh
theatres list
Follow @fullhyderabad
Follow fullhyd.com on
About Hyderabad
The Hyderabad Community
Improve fullhyd.com
More
Our Other Local Guides
Our other sites
© Copyright 1999-2009 LRR Technologies (Hyderabad), Pvt Ltd. All rights reserved. fullhyd, fullhyderabad, Welcome To The Neighbourhood are trademarks of LRR Technologies (Hyderabad) Pvt Ltd. The textual, graphic, audio and audiovisual material in this site is protected by copyright law. You may not copy, distribute, or use this material except as necessary for your personal, non-commercial use. Any trademarks are the properties of their respective owners. More on Hyderabad, India. Jobs in Hyderabad.