Anil Bandhakavi / fullhyd.com
EDITOR RATING
4.5
Performances
Script
Music/Soundtrack
Visuals
5.0
3.0
4.0
6.0
Suggestions
Can watch again
No
Good for kids
No
Good for dates
Yes
Wait for OTT
Yes
A well-executed no-strings-attached relationship makes you feel like you have full command over your emotional faculties - a strange ego-boost for humans. But anything exciting has an invisible limit, and so too can lust quickly tie you down with the ropes of love. Ippudu Kaaka Inkeppudu is a story of two impressionable youngsters who are new to the world of dating and casual relationships, and Y Yugandhar shows us how they attempt to control a fire that is started for fun.

Anu (Namrata Darekar) and Gautam (Hasvanth Vanga) simultaneously move to Hyderabad from Vizag as fresh new IT employees, and they're both quite struck by the fast-paced lifestyle of their corporate contemporaries. A sheltered upbringing initially keeps both of them on the back-foot, but after watching their peers painlessly partake in the joys of youth, they start comfortably embracing the wild nightlife and casual sex options of the big city - apparently, according to the movie, the young IT employees of Hyderabad turn the city into Ibiza at night.

When Gautam and Anu first run into each other as adults, they instantly sense a connection that was established in their school years when they once physically bumped into each other at a railway station, and accidentally kissed. But they do not carry this memorable connection forward into a meaningful union of souls which would conclude in marriage. Instead, they want that no-strings deal. They introduce themselves to one another as Rishi and Pallavi, and start using each other for "benefits", while agreeing to not contact each other for anything else, no matter how deep the urge. The universe, however, has a different plan, and starts testing the strength of their stringless bond.

Ippudu Kaaka Inkeppudu is a very regular romantic drama. The storyteller challenges the idea of love, and in this rendition of the age-old test, love's worthy opponent is lust. The hook is decent as you are a little curious at the intermission, but the second half just drags you through an unnecessarily slow path to a resolution. This 120-minute story could easily have been conveyed in 90.

The highly exaggerated depiction of the fast lives of young professionals might add some glamour to your experience, but a lot more creativity could have gone into building up that angle. Repeatedly showing young men and women taking shots of alcohol and making out in dim corners is not enough to excite an audience. As such, no real effort is made to include any strong parallel sub-plots to support Gautam's and Anu's story. Even the guy thrown in for comic relief - in this case, a marriage broker hired by Gautam's father - makes spasmodic appearances which can be equated to a manageable case of hiccups.

Namrata Darekar and Hasvanth Vanga keep it quite basic, with no major mistakes in their jobs as leads. However, it's not like the writing really provides many opportunities for them to push the limits of drama. Tanikella Bharani and Darbha Appaji Ambarisha carry out similar deliveries in their roles as the leads' parents, and so do Pooja Ramachandran and Raja Ravindra in supporting roles.

The technical aspects of the film are decent. The flow of the story, although drawn out in sections with no major developments, is smooth and sensible. The editing work is clean and the background score is stock. However, nothing really stands out as exceptional. Once again, a stronger story and script could have possibly given these other aspects some room to show off.

Ippudu Kaaka Inkeppudu is one of those movies that you can get through while mulling over some other important matter. It is not ridiculous or an absolute bore, but its entertainment value is highly debatable. The story has much untapped potential, but viewers don't pay money to watch could-haves and should-haves.
Share. Save. Connect.
Tweet
IPPUDU KAAKA INKEPPUDU SNAPSHOT 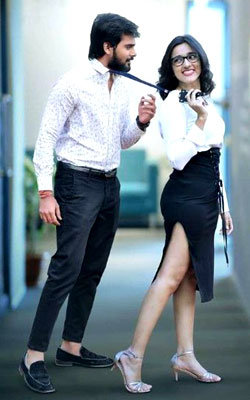 ADVERTISEMENT
This page was tagged for
Ippudu Kaaka Inkeppudu telugu movie
Ippudu Kaaka Inkeppudu reviews
release date
Namrata Darekar, Hasvanth Vanga
theatres list
Follow @fullhyderabad
Follow fullhyd.com on
About Hyderabad
The Hyderabad Community
Improve fullhyd.com
More
Our Other Local Guides
Our other sites
© Copyright 1999-2009 LRR Technologies (Hyderabad), Pvt Ltd. All rights reserved. fullhyd, fullhyderabad, Welcome To The Neighbourhood are trademarks of LRR Technologies (Hyderabad) Pvt Ltd. The textual, graphic, audio and audiovisual material in this site is protected by copyright law. You may not copy, distribute, or use this material except as necessary for your personal, non-commercial use. Any trademarks are the properties of their respective owners. More on Hyderabad, India. Jobs in Hyderabad.