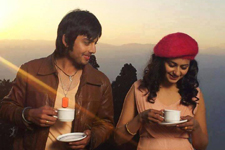 Swayamsrestha Kar / fullhyd.com
EDITOR RATING
2.0
Performances
Script
Music/Soundtrack
Visuals
1.0
2.0
4.0
4.0
Suggestions
Can watch again
No
Good for kids
No
Good for dates
No
Wait for OTT
Yes
Yariyaan is a perfect example of why the youth of India are often seen as blasphemous deviants who are completely controlled by their raging hormones, will expressly undermine their native traditions because that kind of behaviour is "cool", and will indulge in anything that Western culture sells them, including atrocities like Justin Beiber and One Direction.

According to the film, most college girls dress up like they are headed to the pageant circuits, and most boys look like the hair on their heads will wither away and die if they stopped embalming it with copious amounts of hair gel (or as we like to call it - "thingummy that replaced spit").

Yariyaan also shows us how sorely we miss the Gulshan Grover of yore, the "bad man" who had successfully terrified generations of nubile helpless heroines with his slimy lechery and his oftentimes pan-stained smile.

What Yariyaan, a film promoted as being a youth movie, does not show is the deeper psychological growing up that young men and women are forced to go through as their previously infantile perspectives have to enlarge and alter in order to face those parts of the world which they had previously been guarded against.

What it aims to be is a credible bildungsroman - essentially a coming-of-age story, as your nearest Literature geek will tell you. What it seeks to be is a worthy successor to other greats of this genre - the Qayamat Se Qayamat Taks, the Jo Jeeta Wahi Sikandars, the Lakshyas and the Wake Up Sids. What it ends up being is a sad sloppy mess of convoluted storylines, shabby acting and corny distasteful dialogue.

Oh, and misogyny. We almost forgot that one. But we can't afford to, can we? Not anymore.

Anyways, to get the really messy part out of the way, the film follows Lakshya (Himansh Kohli) and his group of oddball (at least, that's what the script writer seemed to be aiming for) friends as they party, manoeuvre sexually-charged (read "lewd") situations and then party some more.

Oh, they are all college students. From the amount of free time that they have on their hands, we are guessing they are not Engineering or Science or Commerce or Arts & Humanities students (the last one too. You need to devote time in order to learn the subtleties of Modernism and Post-Modernism, and to ensure that you've better grammar than Chetan Bhagat).

Also, judging from the kind of teachers that they have - from the downright bizarre to the outlandishly sequinned, halter-necked and bindi-clad - we guess they don't have that much scope for learning either. I mean, what else can you possibly deduce about people who go about tittering over phrases like "hormonal locha"?

Himansh Kohli's smile makes him look like that unfortunate creature who goes around the being maligned for being a blathering, blabbering idiot. Oh wait, we just described the movie's protagonist. Not only does Lakshya come across as extremely stupid, he also seems like an entitled cretin who pants after girls almost all the time. Seriously, is there ever enough blood left for his brain?

Moving on, Lakshya's father was a soldier, and his widowed mother spends every minute of her interaction with her son trying to inspire some desh bhakti in the heart of the dude who, if confronted with a hypothetical physical manifestation of Bharat Mata, will, in all likelihood, ogle at her assets.

When the long-suffering principal of the college, Jim Martin (Gulshan Grover), locks proverbial horns with an Indians-despising Australian businessman, we couldn't quite figure out why. The Australian wants to build a casino near the college. Jim objects because it might influence his cherubically innocent students to give in to vices. Err... the irony is apparent to everyone, right?

Next we know, Martin has gathered Lakshya and his assorted wastrels of friends to form the Avengers-meets-Sex-And-The-City group which will fight it out with the firang's group. The brains of Lakshya's group rest with this "nerdy" chick called Saloni (Rakul Preet Singh). She also acts as Lakshya's err... item?

The screenplay is terrible, and the dialogues downright distasteful. The actors are excruciatingly painful to behold, especially the college bimbo Jia (Nicole Faria). And you don't even realise it when Deepti Naval tries to alleviate some of this torture.

Most of the film's humor comes from the same source of wit and comedy that powered other mind-numbing films like Grand Masti, so you can guess how horrible it all was (i. e., if you are not one of the people who laughs at retarded jokes like "A for Apple, B for Bade Apples"). The music, except for "Baarish", is also quite run-of-the-mill and repetitive.

In this disaster of epic proportions, nothing works, definitely nothing is "cool" enough, and probably all of it will give you a raging... headache.
Share. Save. Connect.
Tweet
YAARIYAN SNAPSHOT 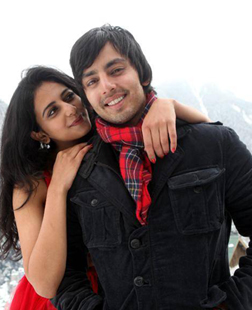 ADVERTISEMENT
This page was tagged for
yaariyan movie in hindi
yaariyan
Yaariyan hindi movie
Yaariyan reviews
release date
Follow @fullhyderabad
Follow fullhyd.com on
About Hyderabad
The Hyderabad Community
Improve fullhyd.com
More
Our Other Local Guides
Our other sites
© Copyright 1999-2009 LRR Technologies (Hyderabad), Pvt Ltd. All rights reserved. fullhyd, fullhyderabad, Welcome To The Neighbourhood are trademarks of LRR Technologies (Hyderabad) Pvt Ltd. The textual, graphic, audio and audiovisual material in this site is protected by copyright law. You may not copy, distribute, or use this material except as necessary for your personal, non-commercial use. Any trademarks are the properties of their respective owners. More on Hyderabad, India. Jobs in Hyderabad.