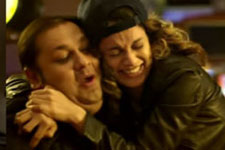 Josh / fullhyd.com
EDITOR RATING
4.0
Performances
Script
Music/Soundtrack
Visuals
7.0
5.0
5.0
7.0
Suggestions
Can watch again
No
Good for kids
No
Good for dates
No
Wait for OTT
Yes
If we were to believe the movies, people in misery always look, feel and act miserable. There is not a moment of mirth in those lives as they are depicted. But reality is often far more complex. Poor people and troubled people, too, have fun. Unlike in the movies, they laugh and live like nothing is the matter for at least some part of the time, if only to forget their misery. It is this normalcy of misery that is really difficult to portray in a medium that takes roughly two hours to tell a story.

Simran appears to be an intentional exercise in this depiction of cheer and calm in the face of distress. It is about a very wretched woman called Praful Patel (Kangana Ranaut), a Gujarati NRI who is divorced, low on money, has to live with parents, and dreams of being independent. No, that's not the wretched part. For that we'll let you in on the plot point that Simran gambles in Las Vegas and loses a pot of money, most of which was borrowed. And in order to repay her loans to the gangster like loan-sharks she takes to robbing banks (for which she takes the pseudonym Simran).

Gambling and bank robbery? Where was that in the trailer? The teasers were full of cutesy music and Ranaut's antics and bright colourful frames with perhaps a touch of drama all of which suggested a bubbly, warm and comforting film like, well, Queen. But Simran is not Queen. It just tries to sell misery in a cute format. So you have subject matter that's not light but treatment that's cotton candy.

And that's not how you depict the normalcy in misery we were talking about. The wretched may have a sense of humour, but it's likely to get cynical. They may enjoy themselves but that's not to say that the viewer is invited to these parties. We, the viewers, are still going to be aware of the graveness of the situation no matter how chilled out our protagonist is. Neither the director nor the writer(s?) seem to have considered this during the making of Simran.

All of Hansal Mehta's experience with gritty wretched souls fighting for rights (as evidenced in Shahid and Aligarh - both fabulous films) doesn't prepare him for the cutesy wretched soul stealing to repay loans. Compensating for bad choices with worse choices is possibly not the psychology that Mehta has any clue about.

And the way Ranaut plays it is too starry. We see Ranaut and not Praful Patel, and that doesn't work for a film that is not a potboiler. She is an amazing performer as we know already, but no matter how varied her expressions and how uninhibited she can seem, a film like this demands that the actor is believable. Ranaut, however, tries hard to appear simply unbelievable.

But you have the little joys like Mehta's capability to create a Gujarati environment (with great support from Hiten Kumar and Kishori Shahane as Praful's parents, and Sohum Shah as a worthy suitor), some attempts at humour which work, and Ranaut's stardom for what it's worth. It isn't a good film nor a normal film, but it isn't altogether miserable, either. 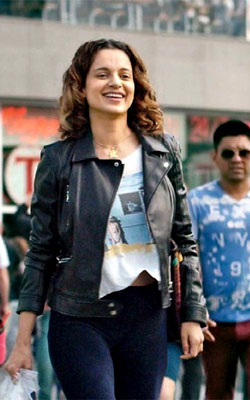 ADVERTISEMENT
This page was tagged for
Simran hindi movie
Simran reviews
release date
Kangana Ranaut, Mark Justice
theatres list
Follow @fullhyderabad
Follow fullhyd.com on
About Hyderabad
The Hyderabad Community
Improve fullhyd.com
More
Our Other Local Guides
Our other sites
© Copyright 1999-2009 LRR Technologies (Hyderabad), Pvt Ltd. All rights reserved. fullhyd, fullhyderabad, Welcome To The Neighbourhood are trademarks of LRR Technologies (Hyderabad) Pvt Ltd. The textual, graphic, audio and audiovisual material in this site is protected by copyright law. You may not copy, distribute, or use this material except as necessary for your personal, non-commercial use. Any trademarks are the properties of their respective owners. More on Hyderabad, India. Jobs in Hyderabad.