The Passion Of The Christ Review 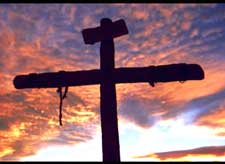 Deepa Menon / fullhyd.com
EDITOR RATING
6.0
Performances
Script
Music/Soundtrack
Visuals
NA
NA
NA
NA
Suggestions
Can watch again
NA
Good for kids
NA
Good for dates
NA
Wait for OTT
NA
The prospect of reviewing a movie like this is somewhat daunting. What does it take to be able to understand the full import of The Passion Of The Christ? Does one have to be Christian? Or possess more than a passing interest in the Testaments, Old and New? And more importantly, will we be slammed for according only two-and-a-half stars to a movie that has Jesus Christ playing the lead role? Especially since the director claims it was co-directed by God Himself?

Like most other movies, what you take away with you will depend on what you were expecting. But it will help to know and understand – and preferably even empathize with – the vision of the director. Otherwise you're likely to feel repulsed and disturbed, but, barring a scene or two, largely unmoved.

In The Passion Of The Christ, Mel Gibson has chosen to concentrate on the last twelve hours of Jesus' life, for a reason: this is his way of telling us exactly what His sacrifice entailed. Exactly how many blows, whips, floggings and other incredible atrocities it took to kill the Christ. Jesus didn't just die on the cross; he died every step of the way there. The crucifixion at the end of it all comes almost as a relief.

The movie starts with the betrayal of Judas (the unfaithful disciple who sang for exactly thirty pieces of silver) and the capture of Jesus by the guards of the Jewish high priest, Caiaphas (Mattia Sbragia). Although He has disciples and a growing following, Jesus is hated by many of the public and by the council of high priests. He is accused of blasphemy for claiming to be the messiah of the Jews and the Son of God, and Caiaphas, along with the other high priests, wishes dearly to put the despised Galilean to death.

But for this they need the concurrence of the ruling Roman army as represented by the governor Pontius Pilate (Hristo Shopov). To appease the baying crowds, a guilt-wracked Pilate goes along with the popular verdict.

The chronicle of the punishment that ensues is extremely physical, extremely violent, and spares you from nothing. The camera follows unflinchingly as Jesus is beaten and spit upon by a mob, as his flesh is razed by innumerable floggings of whips, blades and pieces of glass, as the crown of thorns is pounded into his skull, and as he is kicked, stoned and bludgeoned every step of the way.

It's difficult to say which is more disturbing, the atrocities of the persecutors or their sadistic delight at what they're doing. Your most vivid memory of this film is likely to be the splattering of blood, the squelch of iron sinking into the flesh, and, through everything, the laughter in the background.

The risk Gibson takes with this extreme violence, though, is that sooner or later the viewer's perceptual defense kicks in and all further blows simply do not register. The very purpose of sensitizing the viewers is thus defeated. It might help some (but not much) to keep reminding yourself that this actually happened, that it isn't make-believe.

When the movie does waver... all too briefly... from the gruesome journey to the cross, it captures some poignant images. Like the rescue of Mary Magdalene (Monica Bellucci) and the flight of Judas (Luca Lionello) from his own stricken conscience. A recurring motif is the personification of Satan (Rosalinda Celentano), who walks, shrouded and victorious, through the blood-thirsty crowd. The script alternates between Latin and Aramaic (with subtitles, of course). The musical score is thoroughly effective.

Perhaps the most touching scenes are ones that portray Mary's (Maia Morgenstern) sense of helplessness as she follows her persecuted son, mops up his spilt blood, and remembers a time when she could protect him from hurt. Jesus' journey to his death is also visited by touching acts of kindness from strangers. Scenes from the last supper, on the other hand, are too fleeting and almost mechanical.

The crucifixion is the most perfectly shot sequence of the movie. If you're going to be moved by the film at all, it's likely to be when that first nail is driven in. And after He's breathed his last, the wrath that the elements unleash is also shot beautifully. Especially that first furious raindrop.

This movie was never meant to be palatable. It is meant to shake you up, to churn your stomach, to evoke the most guttural reaction. All this it does. But the vision is undeniably limited. After all, the story of the Christ holds as much hope as it does pain, and as much wonder as it does sorrow. The resurrection scene in this film, for example, is little more than a formality. All you remember at the end is the barbaric torture of a man and the brutality of a race that allowed it to happen.
Share. Save. Connect.
Tweet
THE PASSION OF THE... SNAPSHOT
THE PASSION OF THE CHRIST SNAPSHOT

See The Passion Of The Christ full details
THE PASSION OF THE... USER REVIEWS
THE PASSION OF THE CHRIST USER REVIEWS
1 - 2 OF 2 COMMENTS
POSITIVE  |  NEGATIVE |  NEWEST  |  OLDEST  |  MOST HELPFUL  |  LEAST HELPFUL
USER RATING
5.0
2 USERS
Performances
Script
Music/Soundtrack
Visuals
NA
NA
NA
NA
Can watch again - NA
Good for kids - NA
Good for dates - NA
Wait for OTT - NA
Patch on 9th May 2004, 10:42pm | Permalink
watching jesus flayed to within an inch of his life does nothing for me. the movie bordered on sadomasochistic porn, and just plain violence isn't what moves people. sure turned my stomach, though. god's a sucky co-director.
RATING
2
Kishore Kadiyala on 9th May 2004, 5:38pm | Permalink
Quoting "But the vision is undeniably limited."

I don't think Gibson was trying to spread the teachings of Christianity or of the Christ directly - there are a heck lot of parsons and ministers to do that. I think he was just trying to depict exactly what the Christ went through for us humans. Seeing is much more effective than hearing and imagining, and at least some more change will happen in at least some more people. That way, it's hard to fault vision.

Also, whether you are moved or not depends on what station you are at - the possibility that there might be many people who wouldn't be moved at these visuals is at best troublesome, and I wouldn't wager on it. It's wrong, too, to go into the film for a spiritual experience, with an idea of what it should be doing to you.

ADVERTISEMENT
This page was tagged for
123movies the passion of the christ English
The Passion Of The Christ english movie
The Passion Of The Christ reviews
release date
James Caviezel, Monica Bellucci
Follow @fullhyderabad
Follow fullhyd.com on
About Hyderabad
The Hyderabad Community
Improve fullhyd.com
More
Our Other Local Guides
Our other sites
© Copyright 1999-2009 LRR Technologies (Hyderabad), Pvt Ltd. All rights reserved. fullhyd, fullhyderabad, Welcome To The Neighbourhood are trademarks of LRR Technologies (Hyderabad) Pvt Ltd. The textual, graphic, audio and audiovisual material in this site is protected by copyright law. You may not copy, distribute, or use this material except as necessary for your personal, non-commercial use. Any trademarks are the properties of their respective owners. More on Hyderabad, India. Jobs in Hyderabad.