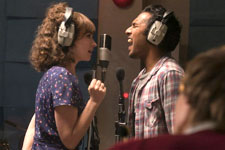 Punarvasu Pendse / fullhyd.com
EDITOR RATING
6.0
Performances
Script
Music/Soundtrack
Visuals
7.0
5.0
9.0
6.0
Suggestions
Can watch again
Yes
Good for kids
Yes
Good for dates
Yes
Wait for OTT
No
A day in the life of a reviewer goes thus - you go watch a movie, you take in the story that the director wants to present, you interpret it in your own way, and you finally jot it all down. Of course, there are sometimes extra steps in the way, like looking beyond public appeal and thinking about the impact of cinema on the average person, all while trying not to look sanctimonious. There, however, comes a day when you go for a movie which just makes you feel good, and you almost forget to look at said piece of cinema in a critical way.

Yesterday is this exception, an anomaly that delivers less than it promises, without ever letting you down completely. You come in expecting director Danny Boyle's oomph; but somewhere in the middle you end up settling with writer Richard Curtis' routine romantic comedy fare; and then music again takes centerstage and you're just inexplicably okay with it.

Something goes awry with the world the day after struggling musician Jack Malik (Himesh Patel) decides his music career is done, with a 12-second global blackout that gets him injured in an accident. Jack's biggest supporter and agent Ellie (Lily James) is confused after he references "When I'm Sixty-Four" in the hospital, wondering about the significance of 64, and Jack genuinely feels like his friends are taking him for a ride before discovering that nobody but himself remembers The Beatles.

Like dreamers do, Jack realises that The Beatles are going to be his ticket to pop stardom. Armed with their discography, Jack slowly starts getting noticed, and we have a genius singer-songwriter who takes even Ed Sheeran (as himself) aback. Some predictable plot twists later, Jack has to choose between having his own life back and being a pop icon.

Every little thing in the movie is about selling The Beatles to us all over again, which makes the story's anti-exploitation arc a little hard to buy. For all the glitz and glamour that comes hand-in-hand with The Beatles, all we're being sold is a romantic comedy, with the Fab Four being just another selling point. In addition, Yesterday never once explores the bigger effects of Beatlemania and how much it impacted multiple genres of music.

It will, however, be unfair if I don't mention a gag that does reference The Beatles' influence - with The Beatles, Oasis has also ceased to exist! In subtle digs at modern music, Ed Sheeran's ironic apprearance, and some witty in-jokes that only Beatles fans will notice, comedy is the one thing that Yesterday does manage to get right. Jack's new manager Debra Hammer (Kate McKinnon), especially, is such a ridiculous caricature of the typical Hollywood agent that one cannot help but grin at half her lines.

It's only love, ultimately, that is on focus here. Jack and Ellie's long drawn will-they-won't-they romance is the only (and delayed, at that) gratification you're offered after being drawn in by the hope of rediscovering the Beatles. But that is arguably what it set out to do in the first place - Yesterday is a feel-good movie at its heart. And quite a bit of it did, indeed, makes you feel good - like the first time Jack's friends witness him singing Yesterday or Jack doing the "right thing".

Himesh Patel delivers a powerhouse performance with some real singing chops - and his portrayal of the frustration that comes with being the only person who knows The Beatles is brilliant. Lily James lights up the screen each time she is on, but she could have had more help from the script. Ed Sheeran is wonderfully self-deprecating, and Kate McKinnon is sarcastic but overdone. In general, there are some great performances all around.

A shot of rhythm and blues is what you get from Daniel Pemberton's score - though there's not much you can say when it comes to The Beatles' music that hasn't been said before. Speaking of music, Himesh Patel deserves a mention again - he sings, rocks the guitar, and even plays the piano.

You know what to do now - come with tempered expectations. Sit back, relax, enjoy the music, and then feel good when it is all done. Sure, it may leave you conflicted after thinking about it further, but does it really matter?
Share. Save. Connect.
Tweet
YESTERDAY SNAPSHOT 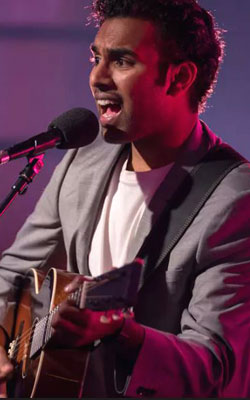 ADVERTISEMENT
This page was tagged for
Yesterday english movie
Yesterday reviews
release date
Himesh Patel, Lily James
theatres list
Follow @fullhyderabad
Follow fullhyd.com on
About Hyderabad
The Hyderabad Community
Improve fullhyd.com
More
Our Other Local Guides
Our other sites
© Copyright 1999-2009 LRR Technologies (Hyderabad), Pvt Ltd. All rights reserved. fullhyd, fullhyderabad, Welcome To The Neighbourhood are trademarks of LRR Technologies (Hyderabad) Pvt Ltd. The textual, graphic, audio and audiovisual material in this site is protected by copyright law. You may not copy, distribute, or use this material except as necessary for your personal, non-commercial use. Any trademarks are the properties of their respective owners. More on Hyderabad, India. Jobs in Hyderabad.