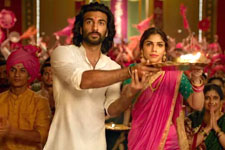 Punarvasu Pendse / fullhyd.com
EDITOR RATING
4.0
Performances
Script
Music/Soundtrack
Visuals
6.0
4.0
6.0
5.0
Suggestions
Can watch again
No
Good for kids
No
Good for dates
Yes
Wait for OTT
Yes
Yet another Bollywood movie that features star-crossed lovers. Yet another interpretation of a bustling chawl (though Malaal actually does this decently, to its credit). Yet another "hero" whose issues can only be fixed by the woman he loves (and our heroine here has to go above and beyond anything shown in other movies - she has to turn his entire life around). Treading the beaten path is a Bollywood speciality - so here we are.

Shiva More (Meezaan Jaffrey) is your typical uncouth Mumbai lout, who wastes his time smoking, drinking, getting into fights and indulging in other kinds of rowdy behaviour. One glimpse of his "angry young man" act is apparently enough for the local politician to want Shiva on his party's payroll - and Shiva is now against North Indians in Mumbai, which fits in with the '90s setting the film painstakingly tries to recreate.

Enter Astha Tripathi (Sharmin Segal), who moves in next door in his chawl due to her father having lost everything in the stock market. Shiva is immediately at loggerheads with her family. However, he falls for her when she speaks in Marathi (that, while not the movie's fault, is cringe-inducing for someone from Pune, like yours truly), and dismantles his whole anti-Northerner rhetoric in one go.

The bad boy is now tamer, is doing impromptu jigs on the street and crooning during festivals, quits smoking, drinking and gambling, even gets a job, and is in general slowly turning into a responsible citizen. His troubled relationship with his father, which was the primary reason behind his angst, is also on the mend. But the obvious class divide along with Astha's filial piety means that their relationship may get grounded before it even takes off.

Malaal is the Hindi remake of the popular Tamil/Telugu film 7G Rainbow Colony (7G Brundavan Colony in Telugu), now set in the chawls of Mumbai. The one thing director Mangesh Hadawale gets right is the atmosphere of the '90s, with the lead pair meeting under the billboards of classics like Titanic and Hum Dil De Chuke Sanam, and on BEST buses. Hand-written notes tossed from balcony to balcony, the use of landlines, and the lack of a refrigerator in the More home (which builds a bond between them and the Tripathis who let them use theirs) are also small touches which try to show you the restrained kind of love that existed before the rise of smartphones and instant messaging. Even here, though, the rather forced song-and-dance sequences threaten to disrupt the carefully put-together atmosphere.

There is a Polish proverb which I immensely enjoy: "Nie mój cyrk, nie moje ma?py", which roughly translates to "not my circus, not my monkeys", and is used with a shrug to indicate "not my problem" albeit with a hint of smugness. "Not my circus, not my monkeys" also happens to be the kind of treatment director Mangesh Hadawale gives to several interesting plot points introduced in the first half. The socio-political angle in particular, that actually grabs your attention, completely disappears post the interval. Why introduce it at all, then, in the first place?

Also, the entitled, angry, bratty behaviour that Shiva exhibits at the beginning almost brings back the bad taste that Kabir Singh has left in many mouths, but the movie thankfully gets him out of that mess relatively quickly. There are a few other problematic tropes in the movie, the biggest one being that a guy's shitty personality needs to be fixed by the woman in his life, but that is a rant for another day.

Bollywood's favourite kind of nepotism, the romantic drama debut for star kids, is once again thrust upon you with Malaal - Meezaan Jaffrey is Javed Jaffrey's son, and Sharmin Segal is Sanjay Leela Bhansali's niece. And debutantes are usually debutantes. Meezaan is impressive in a few scenes, and gives his best to make his transformation from a wastrel to a productive member of the society seem believable. Sharmin is much more reserved, and tries a little too hard to play the timid, doe-eyed girl-next-door - even in scenes where she is meant to unleash hell.

Malaal's background score tries to capture Mumbai's ethos, using tunes from hit Marathi songs to good effect. An unnecessary item number aside, there are multiple instances in the movie where the song has more of an impact than the visuals. We don't quite know if this is the effect of the film's scope not being as lavish as other Sanjay Leela Bhansali productions, though.

All said and done, Malaal is an example of the classic (but decidedly problematic) Bollywood formula - boy meets girl, boy likes girl, boy pursues girl despite her reluctance, boy wins over girl with dogged (and borderline stalker-like) persuasion, and they happily live after (or do they?) - but without a lead pair that has the chemistry or the magic to pull that off. Watch it if you're a glutton for the '90s brand of romance, because the only thing you'll miss out on otherwise are the number of holes in Shiva's vest that Astha has counted.
Share. Save. Connect.
Tweet
MALAAL SNAPSHOT 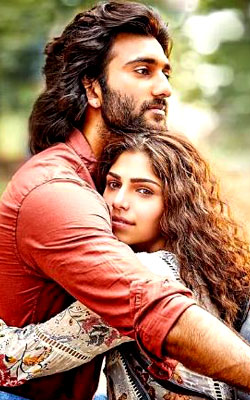 ADVERTISEMENT
This page was tagged for
malaal full movie
Malaal hindi movie
Malaal reviews
release date
Meezaan Jaffrey, Sharmin Segal
Follow @fullhyderabad
Follow fullhyd.com on
About Hyderabad
The Hyderabad Community
Improve fullhyd.com
More
Our Other Local Guides
Our other sites
© Copyright 1999-2009 LRR Technologies (Hyderabad), Pvt Ltd. All rights reserved. fullhyd, fullhyderabad, Welcome To The Neighbourhood are trademarks of LRR Technologies (Hyderabad) Pvt Ltd. The textual, graphic, audio and audiovisual material in this site is protected by copyright law. You may not copy, distribute, or use this material except as necessary for your personal, non-commercial use. Any trademarks are the properties of their respective owners. More on Hyderabad, India. Jobs in Hyderabad.