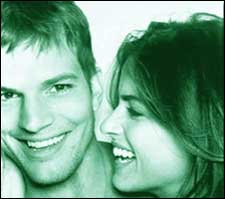 Priyanka Pulla / fullhyd.com
EDITOR RATING
5.0
Performances
Script
Music/Soundtrack
Visuals
NA
NA
NA
NA
Suggestions
Can watch again
NA
Good for kids
NA
Good for dates
NA
Wait for OTT
NA
A Lot Like Love progresses as slowly, and sometimes as irritatingly, as droplets of water trickling from a damp patch in your ceiling. But if you aren't too Type A with movies, A Lot Like Love, which is the kind of delightful, indulgent daydream you can only have in your naïve adolescence, makes for a perfect 2-hour soak-in in the unquestioning pitch dark of the cinema hall.

It is not an adolescent's movie, no. It's the love story of two adults who keep coming back into each other's lives serendipitously, and keep giving up each other again on frivolous whims. And come back together in a rather clichéd climax, once and for all, leaving all their caprice behind, and accepting to themselves that they are the ones for each other.

But the languid and luxurious way in which their relationship develops; the time they take with each other, without any cares on their minds; the carefree, almost wanton way in which they discover each other; that's the stuff only adolescents can dream about or even get away with in real life.

All in all, a perfect romance, hardly a comedy, and plenty of food for thought, A Lot Like Love can well be the ideal evening out with your date, especially considering the fact that it is running nearly empty at Sterling.

The story is hardly a story - just a circumstance picked by the director because it lends itself to some interesting treatment. Oliver (Ashton Kutcher) meets Emily (Amanda Peet) as she is breaking up with her boyfriend, and falls for her immediately in a reticent, secretive way. Emily, who gauges his feelings and is feeling pretty distraught herself, makes a mighty, knockdown move on him by hijacking him in the airplane toilet and making love with him right there.

Once they are off in the airport, she turns into a rather diabolical ice-maiden, giving him a cold shoulder and slithering off with her chin up in the air, as if nothing happened. Oliver stalks her for a while, has a drink and dinner with her, and gives up against her stubborn resistance against allowing the affair to carry any further.

Three years down the line, they meet again. Then they separate again, meet again after 1 year, then again 2 years later, and so forth.

The story does run like a numerical progression, but the careless meetings between them, the effortless bonhomie that comes softly alight every single time they meet, their witty, whispered conversations, all of it has the feel of something dreamy, yet life-like.

All in all, a ripe movie, that has its brilliant moments, runs average for long periods, but never, not once, falls below the mark. It fails only because it does not do enough things right, and definitely not because it did something wrong. The story is too gunky and too low on substance, and the images have a gloomy, dusty tint. Most conversations are whispered, which, though realistic sounding, also become difficult to catch.

Like the fertile wilderness not yet made ready for organized farming, the movie has a number of takeaways if you have the leisure to sit around and look. It doesn't market itself, doesn't catch your attention, but if you lend it your ear, it does have plenty of interesting things to say.

Will probably make a better date-movie than some of the other flicks in town, and if you are going alone, or just with friends, then remember, it will not substitute very well for a night of dancing and pub-hopping. Look at it more as a thoughtful 2-hour filler, and you won't come out disappointed.
Share. Save. Connect.
Tweet
A LOT LIKE LOVE SNAPSHOT

ADVERTISEMENT
This page was tagged for
A Lot Like Love english movie
A Lot Like Love reviews
release date
Ashton Kutcher, Amanda Peet
theatres list
Follow @fullhyderabad
Follow fullhyd.com on
About Hyderabad
The Hyderabad Community
Improve fullhyd.com
More
Our Other Local Guides
Our other sites
© Copyright 1999-2009 LRR Technologies (Hyderabad), Pvt Ltd. All rights reserved. fullhyd, fullhyderabad, Welcome To The Neighbourhood are trademarks of LRR Technologies (Hyderabad) Pvt Ltd. The textual, graphic, audio and audiovisual material in this site is protected by copyright law. You may not copy, distribute, or use this material except as necessary for your personal, non-commercial use. Any trademarks are the properties of their respective owners. More on Hyderabad, India. Jobs in Hyderabad.