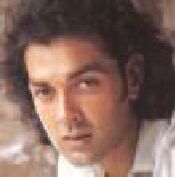 EDITOR RATING
7.5
Performances
Script
Music/Soundtrack
Visuals
NA
NA
NA
NA
Suggestions
Can watch again
NA
Good for kids
NA
Good for dates
NA
Wait for OTT
NA
Gupt was released during a time when Bollywood was going through a lean phase. And it was a really big hit. No wonder. It is a slickly made movie with stylish cinematography, beautiful locales, and pretty good performances. It falls in the genre of thriller movies and fares much better than any of its sorry predecessors did. The director, Rajiv Rai is not over-awed by the subject and so does not make a hosh-posh out of the whole thing.

Saahil (Bobby Deol) is framed for the murder of his stepfather, the Governor (Raj Babbar). Saahil had an unreasonable hatred towards his stepfather, who was a pretty decent man. There was an incident at a party where, Saahil tried to kill his stepfather in a fitful fury when his engagement to Sheetal (Manisha) is announced without consulting him. Because of all this, Saahil is the main suspect for the murder. The party's guests have no problem assuring the court that Saahil did indeed kill his father because of the earlier incident they witnessed. Even Saahil's mom (Priya Tendulkar) testifies against him. She had stopped him from attacking the Governor at the party, and she also saw him with his hand on the dagger after Saahil discovered the body. (Oh no! Not again!!)

So Saahil is sent off to jail. But he escapes in an interesting way, which is shot very convincingly. He gets together with his sweetheart, Eesha (Kajol) and with help from Sheetal he begins his search to find the real killer and clear his name. On his trail is an oft-suspended trigger-happy inspector (Om Puri), who believes in his skill at shooting people than in long arm of the law, and his sidekicks (Sadashiv Amprapurkar and Ashok Saraf).

Here the whodunit factor makes its entry. Saahil makes a list of the possible suspects, and boy, oh boy! That list has just about everyone in the movie, in it. Just as you start wondering how Saahil is going to catch the killer with so many suspects around, he starts his investigations. He has a very simple procedure. He corners the suspect and bashes the heebie-jeebies out of him, till the guy has no option left but to tell the truth. Slowly all the suspects start assembling in a hospital room and the list narrows down to... nobody!

The identity of the killer is a real surprise and is well justified too. Though there are a few flaws in the plot, you can overlook them because of the tight pace. Bobby Deol though should pay more attention to acting. He is great in the fights and the dances (plenty of both in the movie), but really looks lost, when it comes to acting. Manisha isn't given much scope to act as she essays the role of a bimbo, but she looks glamorous in the songs. Kajol's role is underplayed in keeping with the plot. She is brilliant as usual. The remaining cast members are all competent, with no one really standing out among the crowd, except the real murderer.

One of the main highlights of the movie is the techno sounding music score by Viju Shah. The music is really good, and the haunting shriek, Ayayayayayaaaah!, that resounds through the movie and the songs, is an easily identifiable Viju Shah signature. Cinematography by Ashok Mehta is good especially because of the beautiful locales chosen for shooting.

All in all, good time pass for three hours, and a real treat to your visual and auditory senses. Enjoy seeing the movie and take care not to reveal the whodunit to anyone.
Share. Save. Connect.
Tweet
GUPT SNAPSHOT

ADVERTISEMENT
This page was tagged for
the koyla man movie in hindi
Gupt
Gupt full movie Bobby Deol
gupt movie summary
gupt khel movie
Follow @fullhyderabad
Follow fullhyd.com on
About Hyderabad
The Hyderabad Community
Improve fullhyd.com
More
Our Other Local Guides
Our other sites
© Copyright 1999-2009 LRR Technologies (Hyderabad), Pvt Ltd. All rights reserved. fullhyd, fullhyderabad, Welcome To The Neighbourhood are trademarks of LRR Technologies (Hyderabad) Pvt Ltd. The textual, graphic, audio and audiovisual material in this site is protected by copyright law. You may not copy, distribute, or use this material except as necessary for your personal, non-commercial use. Any trademarks are the properties of their respective owners. More on Hyderabad, India. Jobs in Hyderabad.