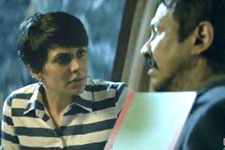 Daphne Rose / fullhyd.com
EDITOR RATING
2.0
Performances
Script
Music/Soundtrack
Visuals
3.0
2.0
3.0
5.0
Suggestions
Can watch again
No
Good for kids
No
Good for dates
No
Wait for OTT
No
Yes, Vodka Diaries is that kind of movie.

Because barely ten minutes into the movie, you're questioning every life decision humanity has ever made - right from why we had to descend from the apes and not pandas (a planet full of 7 billion pandas - can you imagine the cuteness?), to alternating current versus direct current, to whether the landing on the moon really happened, to what your boss was thinking when he assigned you this movie, to what you were thinking when you agreed to watch this movie.

Oh right, I get paid for this. But you don't, which is why you honestly ought not to do this movie to yourself.

But of course you won't. You want to know what this vitriol is all about. Fine then - here's our blow-by-blow account of this movie for you.

10:14 am - the fullhyd reviewer is looking around at what is a gigantic, cavern-like movie hall:
11 people in attendance? That's it? Guess they're from the reviewer community, too - 'sup, brother?

10:16 am - Kay Kay Menon is running down a mountainside:
Ah, well. He's a good actor, right? Guess this movie won't suck after all.

10:27 am - the ACP (yes, Menon's an ACP named Ashwini Dixit in this) and his wife Shikha (Mandira Bedi) are exchanging cutesy banter in bed that includes Urdu poetry that the wife has written:
A spattering of Urdu words here and there does not a poet make.

10:30 am - someone has died, and the ACP's been called in:
Thank good heavens, finally some action.

10:40 am - we're introduced to a motley bunch of people at a hotel called Vodka Diaries:
Okay, the venue from the title card is here. Maybe now the plot will pick up pace.

10:50 am:
Or not. These guys can't act for nuts. Also, the male actors look like utter sleazebags. They're here just to "bang" and "bong". You know what we mean.

10:55 am - the cops are investigating five murders now, but that isn't stopping the ACP's sidekick (Sharib Hashmi) from cracking an awful lot of jokes:
Honestly not sorry they're dead. Not one bit. They deserved capital punishment for that horror they called "acting" anyway. Also, the sidekick's awful lot of jokes? Awful. None of them land. Poor chap.

# rewind 10:50 am - a travesty of a song starts, Raima Sen enters the picture:
Sorry about that but it really didn't register. Guy in front seat is deleting old Whatsapp conversations by this point.

11 am - the ACP's wife just disappeared, and he's distressed and is telling the sidekick about it:
Meh. And that is the exact expression on the sidekick's face, too. No one cares, man.

11.10 am - it's a scene in the morgue with the five bodies:
Finally some film-making technique. Our interest is piqued.

In the interest of keeping things intriguing enough should you ever happen to catch this movie on the TV, or *shudder* actually head to the theatre to watch it, we won't tell you how things roll in the second half. Just suffice to say that when the big reveal happens? Pfft.

There you have it then - your reviewer can't think of any reason you would watch to watch this movie. Just get some two-minute popcorn and watch re-runs of what we mentioned in the previous paragraph. You will thank us later.
Share. Save. Connect.
Tweet
VODKA DIARIES SNAPSHOT 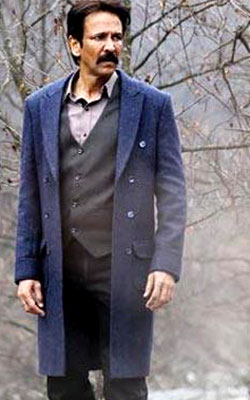 ADVERTISEMENT
This page was tagged for
vodka diaries blu-ray movie
Vodka Diaries hindi movie
Vodka Diaries reviews
release date
Kay Kay Menon, Raima Sen
Follow @fullhyderabad
Follow fullhyd.com on
About Hyderabad
The Hyderabad Community
Improve fullhyd.com
More
Our Other Local Guides
Our other sites
© Copyright 1999-2009 LRR Technologies (Hyderabad), Pvt Ltd. All rights reserved. fullhyd, fullhyderabad, Welcome To The Neighbourhood are trademarks of LRR Technologies (Hyderabad) Pvt Ltd. The textual, graphic, audio and audiovisual material in this site is protected by copyright law. You may not copy, distribute, or use this material except as necessary for your personal, non-commercial use. Any trademarks are the properties of their respective owners. More on Hyderabad, India. Jobs in Hyderabad.