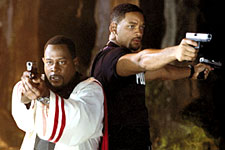 Punarvasu Pendse / fullhyd.com
EDITOR RATING
6.5
Performances
Script
Music/Soundtrack
Visuals
7.0
6.0
5.0
6.0
Suggestions
Can watch again
No
Good for kids
No
Good for dates
Yes
Wait to rent it
No
Truth be told, we were not excited about a new Bad Boys movie. As long as we are being truthful, it was actually quite the opposite - we were actively dreading it. You see, there's this recent trend of rehashing older film franchises to make a quick buck - which gets real tiring, real fast.

Michael Bay is out of the picture now, and with him go out the snappy cuts and the constant demand for high action. In step the dynamic Belgian duo of Adil and Bilall to direct the third Bad Boys film - and they bring along the most nuanced film in the franchise yet. Well, at least as much nuance as there can be in a Bad Boys film.

Miami's Bad Boy detectives have been together for 25 years as of 2020, and Marcus Burnett (Martin Lawrence) is seriously considering retirement now that he has become a grandfather - much to the chagrin of his partner and friend Mike Lowrey (Will Smith). An idyllic stroll on the Miami beachfront results in Mike being shot by an unnamed gunman, who proceeds to upload the video online.

Six months later, a recovering Mike realises in horror that all the law enforcement personnel involved in a particular operation are dying - and he is the only survivor. With the help of an old flame, Rita (Paola Núñez), and her team at Advanced Miami Metro Operations (AMMO) - a task force that heavily utilizes technology to combat crime - Mike sets out to trace his would-be killer. It just remains to be seen whether his old partner will team up with him one last time, as the old partners vow to ride together, die together.

Let's get this out of the way - this movie isn't about bad boys coming to get you. No, maybe good old men - but that's as much as they're willing to go. Which is not a bad thing at all, because wannabe action stars are an absolute pain in the ass to work with - especially once you factor in that they no longer have youth on their side. Will Smith's Lowrey would have been distinctly unlikeable without Lawrence's Burnett acting as the perfect foil for his hotheaded persona.

Of course, the realisation that they're now the said good old men is achieved through the obligatory violence and excessive gunfighting - but that was always going to be part and parcel of the Bad Boys experience. We're just happy that this movie stops to think about itself at points, and isn't one long-ass action sequence with random bullet fodder to shore up its narrative shortcomings (we're thinking about you, Bad Boys II).

Also gone are the tone-deaf attempts at "humour" the past movies cycled through on an alarming basis. There is still some of a "Mexico bad, America good" thing going on, but even that is mostly surface level - the truth dives much deeper than that. A lot of the movie's jokes come at its own expense (it gets compared to a telenovela at one point), and at the ages of its stars. The action is made less frenetic by the movie opting for more practical effects than CGI, and by fewer "big things blowing up"™ (that belongs, the whole and soul, to Michael Bay). Instead we get a more grounded cinematography with action sequences that have more visual cues to follow, somewhat reflecting the advanced ages of its stars.

Bad Boys is not remotely close to being a movie that makes you think, but it does entertain for the most part. The task of carrying this film falls on the broad shoulders of one Will Smith - which frees up Martin Lawrence to play the goofball. And goofing around he does - most of his jokes are are based on the ages of the lead duo and the unwillingness of Lowrey to rein in his bravado. Martin Lawrence looks like he truly had fun filming this movie.

The supporting cast has very little to do, especially the villains. Isabel Aretas (Kate del Castillo) is perhaps the old truly dark character, and even she has barely any screen time. Bad Boys For Life runs a little over two hours, and could easily have been under a hundred minutes had the editing been tighter and some unnecessary characters done away with.

The soundtrack synonymous with the franchise is back, but we solidly missed the original Bad Boys theme song. DJ Khaled makes a hilarious cameo as a butcher. He gets smacked around by Mike at one point, in a really funny scene where he is moonlighting as a criminal.

Go watch this one. Just this once, a delayed sequel of a beloved film franchise is not a blatant cash-grab. Hell, it is certainly better than its predecessor, and is probably the best in the Bad Boy series.
Share. Save. Connect.
Tweet
BAD BOYS FOR LIFE SNAPSHOT 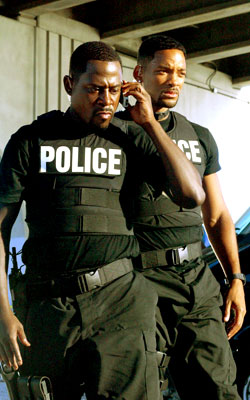 ADVERTISEMENT
This page was tagged for
Bad Boys For Life english movie
Bad Boys For Life reviews
release date
Will Smith, Martin Lawrence
theatres list
Follow @fullhyderabad
Follow fullhyd.com on
About Hyderabad
The Hyderabad Community
Improve fullhyd.com
More
Our Other Local Guides
Our other sites
© Copyright 1999-2009 LRR Technologies (Hyderabad), Pvt Ltd. All rights reserved. fullhyd, fullhyderabad, Welcome To The Neighbourhood are trademarks of LRR Technologies (Hyderabad) Pvt Ltd. The textual, graphic, audio and audiovisual material in this site is protected by copyright law. You may not copy, distribute, or use this material except as necessary for your personal, non-commercial use. Any trademarks are the properties of their respective owners. More on Hyderabad, India. Jobs in Hyderabad.