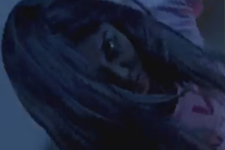 Swaroop Thotada / fullhyd.com
EDITOR RATING
4.0
Performances
Script
Music/Soundtrack
Visuals
4.0
3.0
4.0
5.0
Suggestions
Can watch again
No
Good for kids
No
Good for dates
Yes
Wait to rent it
Yes
Aren't we already done with these house-confinement horror films whose formula we got too familiar with, even to pretend to have fun? Isn't that the reason these films resorted to parody themselves and we got the new genre "horror-comedy"? (It's a whole different topic whether we aren't already tired of this genre as well.) While at Hollywood, films like The Babadook attempted to blur the line between demons and personal demons, as an attempt at transcending the genre if not at redefining it, we at home still have some belief left in the pure good-old jump scares. Chinnari is an exercise in that stern belief.

It so religiously borrows every cliché from the horror movie database that it doesn't seem to mind ending up merely as an assortment of jump scares. The plot (if you can call it that) is there only to allow the film to skim through these moderately successful stunts. Well, here is the checklist.

A supposedly eerie mansion far removed from any possible help from neighbors - check
A child makes friends with invisible strangers - check
A doll purposed to raise suspicion and give creeps - check
Enough characters to stand in a line and get bludgeoned one after the other in the climax - check
Lobbies, lawns and staircases to stage the elaborate chases and dream sequences - check
A Catholic priest, his holy cross and holy water - check
A dim-lit basement to rescue the film when its other ingredients fall short of the task at hand - check
Tracking shots orchestrated by a loud and suggestive soundtrack - check
Door creeks, power outages, wind chimes and nightmares - check

There, you got all that is needed to make your decision. The film doesn't boast of anything other than being a wrapper that packs all these in a two-hour collage. When it finishes ticking of all the above, it doesn't hesitate to start all over again. So not only are you served merely the outdated horror clichés, you also get a tedious repetition. But in the film's defense, what do people go to a horror movie for?

Priyanka Upendra plays a widowed mother of a 6-year-old girl Kriya (Yuvina Parthavi), and is still reeling from the tragedy that took away her husband. She, her sister Sneha (Aishwarya Shindogi) and mother (Vatsala Mohan) move to a villa in the outskirts of the city where more than a mystery lies in store for them. The girl begins talking to a doll, and later to an invisible friend named Kumari. The family members are haunted by nightmares and obviously staged accidents, to wake them up to what is actually happening. And now the question is who is the stranger in the dark, and what does she want from this family.

This entire familiar affair is conflated with the elaborate daily routine of the family that has nothing interesting to do. These run-of-the-mill horror films do not need "characters". They need a set of names and actors to essay the one-dimensional roles whose main purpose is to scare you or get scared. Here they end up doing the latter most of the time. Though the initial scenes promise to show a Catholic priest venturing out in search of the story behind, the film stubbornly sticks to the happenings in the villa. Why, you may ask. It's the budget, obviously.

Still, perhaps this film's unabashed loyalty to its clichés is a good thing - an attempt at a misguided melodrama would have been even more irksome, given the movie's simple-minded ambitions.

Yuvina Parthavi is lovable and cute. Priyanka Upendra is not a very good actor, and it is evident though the film doesn't demand much acting from her. The camera movements are aptly cheesy, but the lighting could have been better. Some shots clearly needed a dimmer lighting, and the interiors surely could have met some competitive lighting halfway.

The film's runtime is 2 hours 12 minutes, but it feels way longer. Towards the end, the house frequently burst to laughs, as the characters are groping in the dark where the ghost is lurking. Whether it was an indication of the crowd's childish denial of their fear, or their desperation to juice out any possible entertainment they could to justify the money they spent on the ticket was not clear.
Share. Save. Connect.
Tweet
CHINNARI SNAPSHOT 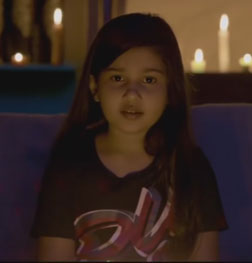 ADVERTISEMENT
This page was tagged for
Chinnari telugu movie
Chinnari reviews
release date
Priyanka Upendra, Yuvina Parthavi
theatres list
Follow @fullhyderabad
Follow fullhyd.com on
About Hyderabad
The Hyderabad Community
Improve fullhyd.com
More
Our Other Local Guides
Our other sites
© Copyright 1999-2009 LRR Technologies (Hyderabad), Pvt Ltd. All rights reserved. fullhyd, fullhyderabad, Welcome To The Neighbourhood are trademarks of LRR Technologies (Hyderabad) Pvt Ltd. The textual, graphic, audio and audiovisual material in this site is protected by copyright law. You may not copy, distribute, or use this material except as necessary for your personal, non-commercial use. Any trademarks are the properties of their respective owners. More on Hyderabad, India. Jobs in Hyderabad.