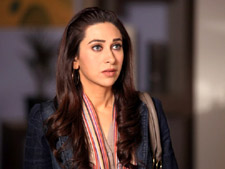 Nupur Barua / fullhyd.com
EDITOR RATING
4.0
Performances
Script
Music/Soundtrack
Visuals
6.0
5.0
4.0
8.0
Suggestions
Can watch again
No
Good for kids
No
Good for dates
Yes
Wait for OTT
Yes
The fact that Vikram Bhatt has become some sort of an expert/pioneer in stereoscopic 3D shooting is enough to ignite your curiosity for Dangerous Ishhq, promoted as India's first 3D thriller. That, and Karisma Kapoor on the big screen after a hiatus of more than 6 years (not counting her voice-over in Bodyguard and her special appearance in Om Shanti Om).

Sanjana Saxena (Karisma Kapoor) is a successful ramp model (and, she carries it off, wearing a red number at a Manish Malhotra show that has all the other models in white/pastel outfits). One day, her rich boyfriend, Rohan Thakkral (Rajneish Duggal), is kidnapped by masked men, and Sanjana is hurt in the process.

Sanjana wakes up in hospital, and gets visions of a past life, in which she was a Hindu girl in love with a Muslim boy, after the Partition of 1947. Her best friend, also her doctor, Neetu (Divya Dutta), attributes these "hallucinations" to trauma and strong medicine. However, when the visions persist, Neetu takes her to "another type of doctor", who hypnotises her to let her regress into her past life.

As Sanjana's visions become more and more vivid, she tries to piece together the destiny of her soul over centuries. With each new vision, she obtains more and more clues that help the investigating officer, ACP Singh (Jimmy Sheirgill), move closer to solving the case of Rohan's kidnapping. Sanjana trusts her instincts, but will she be able to save her fiancé in this birth, or are the two star-crossed lovers never destined to be together?

With a subject as compelling as past-life regression, one would think not much can go wrong. Well, wrong. While the first half of the first half sets up the story in a gripping manner, what with Karisma's big eyes and the crazy 3D, events become more and more convoluted, and consequently, seemingly convenient.

During the investigations, Sanjana always seems to fall into situations that demand a visit to her previous lives (yes, there is more than one). In each episode, she is the unobtainable woman that everybody wants for himself; therefore she is always in trouble, as is her lover.

Also, Sanjana tags along with ACP Singh everywhere. And he does not seem to mind. She interferes in the process of investigation, and exposes herself to danger. In fact, towards the end, she drags Neetu along, too. Common sense tells you that no police officer would let a civilian access potential crime scenes, but then, logic leaves the story somewhere after the first regression.

What is noteworthy is how Karisma appears on screen. The 3D makes her look slender and taller. Close-ups reveal her age, however, despite the make-up, and she looks much older than her co-star. Also, comparisons with her younger sister are inevitable, and it is obvious now that Kareena is a far superior actor. Karisma deserves accolades for the ease with which she speaks various languages, besides Hindi and English, in the film - Urdu, Punjabi, and Rajasthani/Marwari. She is definitely here to stay. Again.

Rajniesh Duggal is a convincing millionaire. Unfortunately for him, he loses importance with each new sequence, and seems more like a second hero.

Which brings us to the real hero of the film, Jimmy Shergill. Although he has done a much better job in recent movies like Saheb Biwi Gangster, he holds the story together, despite his puffy face and eyes.

Aarya Babbar, Samir Kochhar, Ruslaan Mumtaz, Ravi Kissan, and Gracy Singh appear in cameos. Be prepared for the sudden appearance of a 3D Ravi Kissen on screen - you may jump out of your seat. Gracy Singh as Meerabai is dull, silly, and unconvincing. The others do a good job.

Himesh Reshammiya's music is monotonous, dreary, and very 1990s. Not inspiring at all. The locations and costumes make up a little for the tedious script, but it all seems unreal, somewhat. The 3D is a little skewed, making every character look stretched and thin.

Watch Dangerous Ishhq only if you are a Karisma Kapoor fan. Besides, she has serious competition at the box office, with Ishaqzaade finding more and more takers.
Share. Save. Connect.
Tweet
DANGEROUS ISHHQ (3D) SNAPSHOT 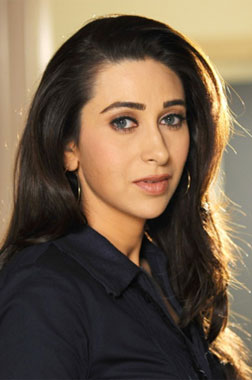 ADVERTISEMENT
This page was tagged for
Dangerous Ishhq (3D) hindi movie
Dangerous Ishhq (3D) reviews
release date
Karisma Kapoor, Rajniesh Duggal
theatres list
Follow @fullhyderabad
Follow fullhyd.com on
About Hyderabad
The Hyderabad Community
Improve fullhyd.com
More
Our Other Local Guides
Our other sites
© Copyright 1999-2009 LRR Technologies (Hyderabad), Pvt Ltd. All rights reserved. fullhyd, fullhyderabad, Welcome To The Neighbourhood are trademarks of LRR Technologies (Hyderabad) Pvt Ltd. The textual, graphic, audio and audiovisual material in this site is protected by copyright law. You may not copy, distribute, or use this material except as necessary for your personal, non-commercial use. Any trademarks are the properties of their respective owners. More on Hyderabad, India. Jobs in Hyderabad.