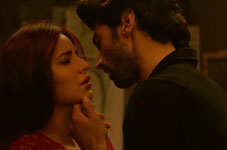 Josh / fullhyd.com
EDITOR RATING
5.0
Performances
Script
Music/Soundtrack
Visuals
7.0
5.0
8.0
8.0
Suggestions
Can watch again
No
Good for kids
No
Good for dates
Yes
Wait for OTT
No
Fitoor is a long movie. We aren't talking about the duration (133 minutes). We're talking about how it feels. It is possibly the longest 133-minute film you'll ever come across. The second half doesn't seem to end. And the first half doesn't seem to even want to end. And what is happening through this stretched duration of time? Not much. In fact, take Tabu out of the film, and you'll wonder if anything happened at all.

Somewhere in Srinagar, stable boy Noor Nizami (Aditya Roy Kapoor) meets the palace's princess (figuratively speaking - the film is set in the modern day) Firdous (Katrina Kaif) and falls in love with her. Appalled Queen Mother (figuratively speaking again) Hazrath Begum (Tabu) sends the daughter away to London and tells the stable boy to do something worthwhile with his life if he seeks the hand of her daughter.

Years later, Noor establishes himself as a talented artist, and Firdous returns from London. She proves to be no Devdas, though. Engaged to a Pakistani minister's son, she befriends Noor and shows little inclination of love towards him. Eventually she does start relenting to his advances, but then makes a wilful decision to listen to her perplexing mother. Noor is torn and is grappling with the arbitrariness of life.

It's quite a straightforward tale if it weren't for a superb sub-plot of Hazrath Begum. Sharing the credits with Tabu is an effective Aditi Rao Hydari as the younger Hazrath. However, Tabu embraces the enigmatic Begum like she did Ghazala from Haider. The Begum seems to smile but a deeper melancholy registers. She seems to love but she might as well be stabbing her object of affection. Tabu extraordinarily vitalises a role which is extremely easy to mess up.

Abhishek Kapoor gives this rather simple tale what can only be called stylised execution. The Kashmiri setting (and the ominous presence of Tabu) make the film very reminiscent of Haider. But this one hasn't got the heft to stand up to comparison. Bhansali's rich and gloomy environs also come to mind. In fact, the seemingly unnecessary pensiveness (if you remember Guzaarish) is also rather a Bhansali thing.

But the frames are generally beautiful. They are impeccably lit, and the grandeur is spell-binding. And the music by Amit Trivedi brings more charm to an already gorgeous-looking film.

The film's gorgeousness is also due to the very good-looking people in it. Aditya Roy Kapoor and Katrina Kaif both look like they were custom-made for God's personal gallery. What's even better is that they manage to pull up reasonable performances here. Kapoor isn't surprising - he always seemed rather capable - but it is Kaif who pulls a solid surprise. Who thought the lady would start acting in the thirteenth year of her career? But she does, and we aren't really complaining. It is quite gratifying to see her finally mean the lines she's speaking.

But none of this fully makes up for the fact that the film feels unduly stretched out. Scene after scene Abhishek Kapoor wants to come up with awe-inspiring frames, breath taking slo-mo shots and heavy-handed dialogue (so much poetic Urdu, and we aren't sure if these scenes deserve all of that). It's ironic how all that labour makes it only laborious viewing.

It's like someone learning drawing trying to master cross-hatching and smudging techniques. You can practice and get very good at it, but that doesn't mean you're making meaningful art. That takes more than just technique. Kapoor's got the technique right. The beauty of the film speaks for it. But he's quite a distance away from great story-telling.
Share. Save. Connect.
Tweet
FITOOR SNAPSHOT 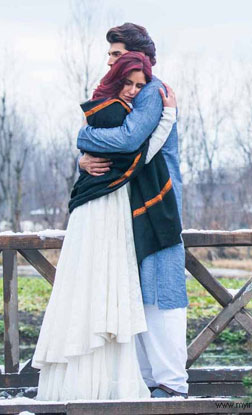 ADVERTISEMENT
This page was tagged for
Fitoor hindi movie
Fitoor reviews
release date
Aditya Roy Kapoor, Katrina Kaif
theatres list
Follow @fullhyderabad
Follow fullhyd.com on
About Hyderabad
The Hyderabad Community
Improve fullhyd.com
More
Our Other Local Guides
Our other sites
© Copyright 1999-2009 LRR Technologies (Hyderabad), Pvt Ltd. All rights reserved. fullhyd, fullhyderabad, Welcome To The Neighbourhood are trademarks of LRR Technologies (Hyderabad) Pvt Ltd. The textual, graphic, audio and audiovisual material in this site is protected by copyright law. You may not copy, distribute, or use this material except as necessary for your personal, non-commercial use. Any trademarks are the properties of their respective owners. More on Hyderabad, India. Jobs in Hyderabad.