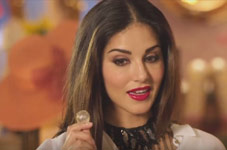 Josh / fullhyd.com
EDITOR RATING
3.5
Performances
Script
Music/Soundtrack
Visuals
5.0
3.0
6.0
6.0
Suggestions
Can watch again
No
Good for kids
No
Good for dates
Yes
Wait to rent it
Yes
Okay, so we know you don't care for the plot. Neither did the makers. And frankly, if there was one, we don't even remember it. So let's cut to the chase and quickly talk about the saleable elements of Mastizaade.

Firstly, we see a lot of Sunny Leone in Mastizaade. Um, we are talking about the dual role. There are twins, and one is Laila, the Sunny Leone we are used to seeing - you know, that one who causes ...moist sleep-induced hallucinations (the best we can do with parliamentary language). The other is the twin Lily who is supposed to be the goofy, stuttering one. To Leone's credit, she actually manages to bring about a variation between the two causing us to wonder if she might soon end up being a better actress than Katrina Kaif.

The curves are emphasised on in every possible angle, and we think no fan will be disappointed unless one is expecting the clarity and honesty of her earlier, more famous works. Suffice it to say that Mastizaade does the best it could to squeeze out every last drop of star power and screen presence that Leone has, and that basically ticks all the boxes for most of the target audience.

Secondly, we laugh. Okay, it isn't exactly Hera Pheri, but this film frequently tickles the funny bone. There were at least two laugh-out-loud moments. The jokes are as bawdy as is allowed in our sanskari sex-comedies (more about the sanskar in a bit). There is decent effort on wordplay (like how the sex-therapist is called Dr. Maalkholkar, and "juice loonga" sounds very much like choo... oh, damnit). And unlike KKHH3 where that wordplay was supposed to be the whole joke, there is further more slapstick and some more innuendo to boot.

We're saying, Milan Zaveri wasn't being lazy with his writing or directing. He didn't exactly entertain great aspirations, but whatever little he did, he did some justice to.

And because the writer-director put in some effort, it enables the cast to not look like they're lost in the wrong film set. Asrani and Shaad Randhawa are funny in the capacity they are allowed, and Vir Das (although he looks uncomfortable) does bring the acting chops to the frames. By acting chops we mean those things that Tusshar Kapoor seems to have buried in the grave along with one of his earlier films.

One big issue with films like Mastizaade is how they try their best to keep up a pretense of being very decent at heart. For instance, there isn't one proper kiss in all of the movie, and there was none that we remember in KKHH3. And there are always characters talking about true love and respect. It harks back to the era where B-grade flicks were marketed as 'message-oriented' films about the harmful ramifications of adultery while the poster was educational primarily to acne-battling teens.

In the post-Delhi Belly movie-viewing era, we come across sex all the damn time. We see passionate kisses and sexually suggestive remarks in our most mainstream movies. These films have heroines wearing cleavage-happy haute attires in sangeets and birthday parties. Then how does a sex comedy differentiate itself from the supposedly tame mainstream?

By implicitly making a big taboo of sex. By telling us it isn't common or normal, and certainly not something to talk about like ordinary humans do. Once we have these supposed constraints established, the movie then begins to negotiate the taboo by making sneaky remarks and giggling at its audacity. Fat scheme, that.

Nonetheless, in comparison to its most recent competition, Mastizaade is more written, better enacted, more entertaining (Meet Bros Anjjan come up with catchy tunes), and generally something you wouldn't mind spending a couple of hours on this weekend. If you are into that sort of thing, we mean. It isn't exactly a good film, but as mentioned, when you compare with KKHH3, this is practically Woody Allen.
Share. Save. Connect.
Tweet
MASTIZAADE SNAPSHOT 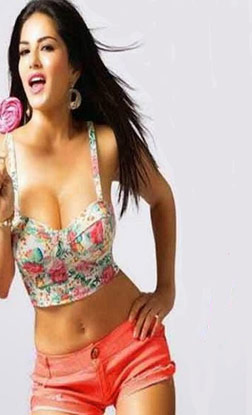 ADVERTISEMENT
This page was tagged for
Mastizaade hindi movie
Mastizaade reviews
release date
Sunny Leone, Tusshar Kapoor
theatres list
Follow @fullhyderabad
Follow fullhyd.com on
About Hyderabad
The Hyderabad Community
Improve fullhyd.com
More
Our Other Local Guides
Our other sites
© Copyright 1999-2009 LRR Technologies (Hyderabad), Pvt Ltd. All rights reserved. fullhyd, fullhyderabad, Welcome To The Neighbourhood are trademarks of LRR Technologies (Hyderabad) Pvt Ltd. The textual, graphic, audio and audiovisual material in this site is protected by copyright law. You may not copy, distribute, or use this material except as necessary for your personal, non-commercial use. Any trademarks are the properties of their respective owners. More on Hyderabad, India. Jobs in Hyderabad.