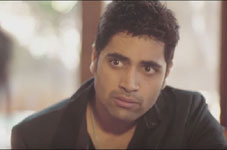 Josh / fullhyd.com
EDITOR RATING
7.5
Performances
Script
Music/Soundtrack
Visuals
8.0
8.0
6.0
8.0
Suggestions
Can watch again
Yes
Good for kids
No
Good for dates
Yes
Wait for OTT
No
In the entire supporting cast of Baahubali: The Beginning, the one guy who appeared quite out of place was Adivi Sesh (he played Bhallaladeva's son, if you remember). We didn't think much of him at that time. Just another well-heeled youngster using his contacts in the industry, we thought.

We'll politely take that back now and give credit where it's due. Adivi Sesh is excellent. He isn't yet a terrific actor, but anyone who could come up with a story like Kshanam, and write it so effectively (writing credits shared with director Ravikanth Perepu), and actually manages to get it made in Tollywood, has got to be an excellent, excellent guy. Kshanam is by far the best release in Telugu in a while, if we put aside the colossus we began our review with.

We can't give away much by way of plot because this one is a thriller and also one which takes itself seriously. The premise, however, goes thus - Adivi Sesh plays an affluent NRI called Rishi who, after four years, still seems to be getting over his break-up with Shwetha (Adah Sharma). Upon a surprise call from her, he flies back to India, and is given a strange assignment - one of finding Shwetha's kidnapped daughter.

The maze that Sesh and Perepu construct is satisfyingly intricate, and serves up a juicy twist or two. This further benefits from the conviction the director shows in his craft. Perepu seems to have fully visualised every scene before the unit landed on the set. More importantly, the editing gives a tautness to the narrative that pretty much makes the thriller.

Where the film demonstrates great conviction is in the casting. Adah Sharma, for instance, actually makes an impact. There is still a measurable distance between what she's uttering and what the dubbing artist (Veena Ghantasala) is saying. But the crucial bit is she coolly embraces the role as the college girl who's negotiating the contours of a relationship. And Adivi Sesh is most convincing as the entrepreneurial NRI. It is such a welcome change from those films where a supposed NRI who's come from the US talks and behaves like America is a new municipality in Tadepalligudem. Sesh brings in the body language, the accent, and, importantly, the sensibility.

But the most interesting and accurate casting is with the police officers. Anasuya Bhardwaj as the commissioner of police is a surprise move, and one that pays off, too. Even better is Satyam Rajesh as inspector Ravi Chowdary. He starts off looking like a comic (which makes you sigh thinking it's an unnecessary detour from the tight narrative) but soon assumes a much tougher personality. Whoever imagined he'd pull off a tough cop with just as much effectiveness as he pulls off a total goof?

The key to enjoying a film like Kshanam is to lower the expectations. Sure, you've already heard the great buzz doing the rounds, and this guy at fullhyd.com seems to be saying it's pretty good, too (it's very good, in fact). But the thing with these genres in Telugu is that they generate high response to even half-decent work because folks are thirsty for anything of this sort. So you're likely to think that the film is another level of extraordinary when it is just extraordinary.

So forget the hype. Kshanam is extraordinary. And you have every reason to go watch it in a cinema hall.
Share. Save. Connect.
Tweet
KSHANAM SNAPSHOT 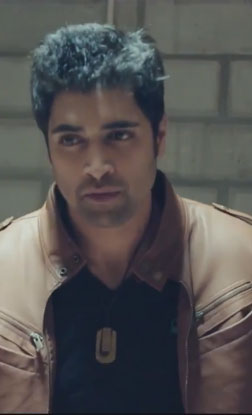 See Kshanam full details
TOP COMMENT
Josh on 27th Feb 2016, 9:49pm | Permalink
The piece on The Revenant is mine, yes. Hi Jayz!
4
0
KSHANAM USER REVIEWS
1 - 5 OF 5 COMMENTS
POSITIVE  |  NEGATIVE |  NEWEST  |  OLDEST  |  MOST HELPFUL  |  LEAST HELPFUL
Kanye on 23rd Jun 2016, 3:37am | Permalink
The whole Anasuya twist at the end was lifted from "Gone Baby Gone."
Swaroop. T on 29th Feb 2016, 9:58am | Permalink
I fell asleep during the first half. The romance is so uninteresting and boring. It
Jayz on 28th Feb 2016, 8:31am | Permalink
SUNIL played an NRI in two movies and he sucked.Prabhas played NRI in Mr Perfect and he sucked.Sai Dharam Tej sucked balls as an NRI.adivi Sesham played the NRI part perfectly.
Kamalkrishna on 1st Apr 2016, 1:35pm | Permalink
Because is a legit NRI duh!
Rama on 28th Feb 2016, 5:21am | Permalink
Hi Josh...I agree with what you say. I still remember Anand..Oka Manchi Coffee lanti cinema or some thing like that..we can't just appreciate a movie because it's different..we have to judge each movie by its merits. But unfortunately we have so many bad movies churning out...any movie that is not that bad is put on a pedestal, if that makes sense
Josh on 10th Mar 2016, 9:01pm | Permalink
Sorry for the late reply, Rama.

There's nothing in your comment for me to argue with. I fully agree. What I'll add about my own reviewing is the difference between a positive review and negative one for me can't be good intentions alone. There's got to be some kind of quality to the whole thing. Not necessarily exceptional stuff but some good quality. As long as the intent is to break the mould and there is some good work showing, I get charitable.

Kshanam is competently made. And they really did take chances with this one. I was genuinely impressed. I'm not saying it's a great thriller but in the context it was a very nice feeling to watch an engaging thriller in Telugu without the trappings of masala.

ADVERTISEMENT
This page was tagged for
Adivisesh kshanam .movie
Kshanam telugu movie
Kshanam reviews
release date
Adivi Sesh, Adah Sharma
Follow @fullhyderabad
Follow fullhyd.com on
About Hyderabad
The Hyderabad Community
Improve fullhyd.com
More
Our Other Local Guides
Our other sites
© Copyright 1999-2009 LRR Technologies (Hyderabad), Pvt Ltd. All rights reserved. fullhyd, fullhyderabad, Welcome To The Neighbourhood are trademarks of LRR Technologies (Hyderabad) Pvt Ltd. The textual, graphic, audio and audiovisual material in this site is protected by copyright law. You may not copy, distribute, or use this material except as necessary for your personal, non-commercial use. Any trademarks are the properties of their respective owners. More on Hyderabad, India. Jobs in Hyderabad.