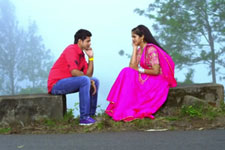 Kritika Deval / fullhyd.com
EDITOR RATING
3.0
Performances
Script
Music/Soundtrack
Visuals
5.0
3.0
4.0
5.0
Suggestions
Can watch again
No
Good for kids
No
Good for dates
No
Wait to rent it
Yes
A wonderful thing is love. It brightens the day. It tints everything pink. It makes you strive to be a better person. Apparently, being a better person also involves shedding at least two tones of colour from your skin. That, and leaving chocolate on your beloved's bike without so much as a note and then being disappointed when he picks it up and plonks it on the nearest surface. Someone should tell the girl about strangers and chocolates.

The girl in question is Pallavi (Simran), and the love of her life, who she builds a castle in the air around in her deluded little head, is the oh so fatalistically (not sarcastic) and imaginatively (definitely sarcastic - we must be obvious, being unaided by facial expression as we are) named Charan (Manish). Manish is tall, good looking, the college topper, and a nice guy.

Pallavi, on the other hand, is as hopelessly naive as she is apparently deranged. After all, she lays complete claim to the guy (all in her head) over the course of various signs given out by the universe - an online "love" calculator, a book that describes the qualities of one's mate based on one's name, another girl thwarted, a hanky lent, and oh, any number of other surefire ways of determining a soulmate.

Charan, on the other hand, has better things to do with life, like study, be the teachers' pet, and take care of his sick father. He is utterly oblivious to the puppy-like Pallavi's puppy love for him, and to the fact that she attempts everything possible except actually talking to him like a sane person to attract his attention.

One fateful rendition of Romeo & Juliet later - which involved the aforementioned skin tone change, as well as an accidental kiss - when our heroine still doesn't seem to have gotten beyond the point to blank-calling our hero like a precocious schoolgirl (by this time we have the feeling that we've been watching this film forever), we are ready to give up. These two are not getting anywhere. Also, we have no idea what - if anything - is going on in Charan's head. His expressions range from none to none-and-a-half. If he weren't such a goody-two-shoes, he'd do great at a poker table.

Enter Shyam, Charan's childhood chuddy buddy, who is supposedly Charan's charming counterpart with a roving eye. The fact that he comes across as a real sleazebag has probably more to the fact that Telugu filmmakers don't seem to be able to distinguish between charm and sleazebaggishness (or, sleazebaggery, perhaps? Well, never mind), than with our cast's thespic skills.

Either way, you know by now that Shyam is the one who's supposed to cast light on Pallavi's makeover and shine that light on Charan's cornea, all through the former's relentless pursuit of the... erm... middler.

We, on the other hand, have gotten to a point where we just don't care anymore. All we care about is that Sirman stop experimenting with makeup. The girl begins the film with two layers of grime on her face, and ends it with two layers of foundation. We don't know how either is better, especially when it is quite obvious that the girl is more than passably pretty with nothing on her face. She does a decent enough job with a role that doesn't require more. Her dubbing artist deserves more praise, along with a credit in the brackets next to the actress' name.

It was nice seeing Dharmavarapu Subramanyam doing what he does best, i. e., be Tollywood's most entertaining lecturer. There's M S Narayana doing his bad English thing, and AVS playing, of all the things, a homosexual makeup artist. All of these actors have played those (or similar) characters for so long that these are veritably stock characters, and the meager amount laughter they elicited has more to do with knee-jerk reactions than with the utterly lackluster script.

The production design and the camerawork are as lazily executed as everything else about the film, and the slightly better music doesn't take away from the fact that your eyes don't like what they're seeing. Trust us on this, the posters lie. Or maybe they just got better cameras for those.

An eternal paean to love Hum Tum is not. Sadly enough for a V-Day romantic release, it won't even make you want to call up your significant other, unless it is to ask them to come and get you from this hellhole of cinematic mediocrity.
Share. Save. Connect.
Tweet
HUM TUM (TELUGU) SNAPSHOT 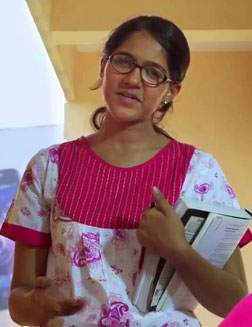 ADVERTISEMENT
This page was tagged for
Hum Tum (Telugu) telugu movie
Hum Tum (Telugu) reviews
release date
Maneesh, Simran Choudhary
theatres list
Follow @fullhyderabad
Follow fullhyd.com on
About Hyderabad
The Hyderabad Community
Improve fullhyd.com
More
Our Other Local Guides
Our other sites
© Copyright 1999-2009 LRR Technologies (Hyderabad), Pvt Ltd. All rights reserved. fullhyd, fullhyderabad, Welcome To The Neighbourhood are trademarks of LRR Technologies (Hyderabad) Pvt Ltd. The textual, graphic, audio and audiovisual material in this site is protected by copyright law. You may not copy, distribute, or use this material except as necessary for your personal, non-commercial use. Any trademarks are the properties of their respective owners. More on Hyderabad, India. Jobs in Hyderabad.