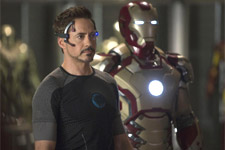 Samrat Sharma / fullhyd.com
EDITOR RATING
8.0
Performances
Script
Music/Soundtrack
Visuals
9.0
7.0
7.0
9.0
Suggestions
Can watch again
Yes
Good for kids
No
Good for dates
Yes
Wait for OTT
No
Shane Black, the writer of the Lethal Weapon movies and the director of Kiss Kiss Bang Bang, has an unenviable job. He has to deliver what is the first salvo in Marvel's "Phase Two" comic book film series, culminating in Avengers 2 in a few years' time.

This exemplifies Iron Man 3 - this is a film which is oblivious to its own flaws, and while the overall cause is just, the broken bits are out there for us to watch too, because it won't change what it is for anyone.
Share. Save. Connect.
Tweet
IRON MAN 3 (HINDI) SNAPSHOT 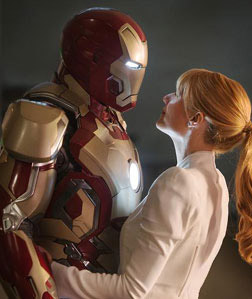 ADVERTISEMENT
This page was tagged for
iron man 3 movie hindi 93
iron man 3 download in hindi movies
iron man full movie in hindi
Iran man Hindi dubbed mov
how to download iron man 3 movie in hindi
Follow @fullhyderabad
Follow fullhyd.com on
About Hyderabad
The Hyderabad Community
Improve fullhyd.com
More
Our Other Local Guides
Our other sites
© Copyright 1999-2009 LRR Technologies (Hyderabad), Pvt Ltd. All rights reserved. fullhyd, fullhyderabad, Welcome To The Neighbourhood are trademarks of LRR Technologies (Hyderabad) Pvt Ltd. The textual, graphic, audio and audiovisual material in this site is protected by copyright law. You may not copy, distribute, or use this material except as necessary for your personal, non-commercial use. Any trademarks are the properties of their respective owners. More on Hyderabad, India. Jobs in Hyderabad.