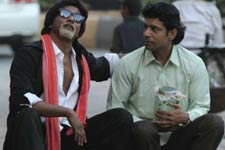 Nupur Barua / fullhyd.com
EDITOR RATING
6.0
Performances
Script
Music/Soundtrack
Visuals
8.0
6.0
7.0
8.0
Suggestions
Can watch again
Yes
Good for kids
No
Good for dates
Yes
Wait for OTT
No
Cinema has always been an integral part of our everyday life, whether we like it or not. From the silent films of the early 20th century, to the superior visual effects of this decade, the common Indian citizen has never been deprived of the wonder of the big screen. And to celebrate the impact that 100 years of cinema has had in this country, four popular directors get together to present an anthology of shorts, aptly named Bombay Talkies.

You may have seen the promos of Bombay Talkies, and you may have wondered if the entire film will turn out be just another indulgent, pretentious attempt to reflect idealistic reality and art. The answer is - not really. The basic premise is this - cinema touches our lives more than anybody or thing can. And all four short films try to show us how.

The first short is by Karan Johar. He takes us into the world of the rich and lonely. The wife (Rani Mukherji) is an influential editor of a tabloid, and the husband (Randeep Hooda) is a well-known newsreader, also a connoisseur of old Hindi songs. They have a monotonous existence, till her intern comes home to have dinner and eventually turns their lives upside down.

The second short film is the gem of the lot, and is directed by Dibakar Banerjee. Based on a short story by Satyajit Ray, the plot revolves around a man (Nawazuddin Siddiqui) who lives in a chawl in the heart of the city. He was once an actor in his small town. His life now centres around his bedridden little daughter, who he tries to keep entertained. When he is given a chance to act out a two-second role in which he has to bump into a famous lead actor, he has to question his priorities.

The third film is directed by Zoya Akhtar, and it is the story of a young boy (Naman Jain), who wants to be a dancer. His scarily strict father (Ranvir Shorey) wants him to be a footballer, and does not take too kindly to his son's tendency to dress in drag. The boy realises that sometimes the only way to fulfil a dream is by hiding it.

The fourth, by Anurag Kashyap, is about a young man (Vineet Kumar Singh) from Allahabad, who is in Mumbai to meet Amitabh Bachchan. It is his ailing father's (Sudhir Pande) wish. The small-town man learns how to love and hate the city as the days pass by, and is always hopeful that he will one day come face to face with the Big B.

In all the stories, lives are changed, somehow, because of cinema. Karan Johar shows maturity in the way he deals with his favourite topic - relationships. He also dares to portray an unconventional on-screen smooch, one that may draw a few gasps.

Anurag Kashyap thrives on depicting the common man's frustrations, and his film is an honest take on one man's struggles. He gets a little indulgent, as expected, but his film makes a mark, despite the wavering logic.

Zoya Akhtar's short is charming, but stands out because of its lack of plot. Dibakar Banerjee's film, then, is the most effective of the lot. It has pathos and comedy, and touches your heart.

Each actor is way above reproach in the four short films. Rani Mukherji and Randeep Hooda are overshadowed by the sincerity of Saquib Saleem. Nawazuddin Siddiqui speaks Marathi with a rustic accent, and is flawless.

Ranvir Shorey pales in comparison with child actor Naman Jain. And Vineet Kumar Singh is the embodiment of a Bachchan fan.

Cameos by Amitabh Bachchan, Katrina Kaif (as themselves) and Sadashiv Amrapurkar make for some terrific moments - especially the scene where Vineet Kumar Singh's character enters the Bachchan residence premises.

Although each film has its own individual production house backing it, the uniformity in production and costume designs is remarkable. So is the cinematography - Nikos Andritsakis deserves a special mention for his work in Dibakar Banerjee's story. Amit Trivedi's music is commendable, and he has, yet again, managed to capture the essence of a visual treat.

The only buzz-kill in the movie is the song at the end - the one that goes "Bombay Talkies, Bom Bombay Talkies", and features about 20-odd stars. Shot at landmarks like the Liberty Theatre and the steps of the Asiatic Library, the song is an irritant, and may just make you forget the film that you just watched. The background singers have already complained that they have not been credited for this song - they should be glad.

Watch Bombay Talkies - if you have never wondered how movies have touched your lives, this anthology will make you sit up and think again. Besides, Indian cinema is one century old this year, and this movie is the perfect celebration, so far.
Share. Save. Connect.
Tweet
BOMBAY TALKIES SNAPSHOT 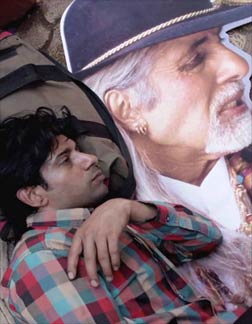 ADVERTISEMENT
This page was tagged for
Bombay Talkies hindi movie
Bombay Talkies reviews
release date
Rani Mukherji, Randeep Hooda
theatres list
Follow @fullhyderabad
Follow fullhyd.com on
About Hyderabad
The Hyderabad Community
Improve fullhyd.com
More
Our Other Local Guides
Our other sites
© Copyright 1999-2009 LRR Technologies (Hyderabad), Pvt Ltd. All rights reserved. fullhyd, fullhyderabad, Welcome To The Neighbourhood are trademarks of LRR Technologies (Hyderabad) Pvt Ltd. The textual, graphic, audio and audiovisual material in this site is protected by copyright law. You may not copy, distribute, or use this material except as necessary for your personal, non-commercial use. Any trademarks are the properties of their respective owners. More on Hyderabad, India. Jobs in Hyderabad.