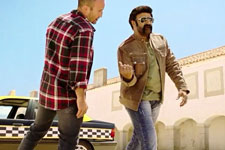 Josh / fullhyd.com
EDITOR RATING
3.5
Performances
Script
Music/Soundtrack
Visuals
5.0
3.0
6.0
7.0
Suggestions
Can watch again
No
Good for kids
No
Good for dates
No
Wait for OTT
Yes
To
The Chairman
Securities and Exchange Board of India (SEBI)
Bandra Kurla Complex
Mumbai - 400051

I congratulate you over your ascension to the responsibility of heading an efficient and trustworthy regulatory body such as SEBI (you will pardon the six-month delay in congratulating you but we found reason to write to you only on this fateful day). SEBI has time and again shown great credibility in protecting people from bad/shady investments - in other words, you guys keep people's money safe.

You will agree with me that Paisa Vasool as a concept smacks of low ambition. I mean, if I put in a hundred and fifty rupees into an enterprise I want at least an output of a hundred and fifty one rupees. Unless I'm a dolt with a couple of screws loose, why would I invest in something that claims to give exactly my money back?

But I still walked into one such investment today. Messrs Puri Jagannadh (whom you may recollect from the news as the Telugu film director who was recently subject to an over-the-top investigation by a Special Investigation Team over drug use) and Nandamuri Balakrishna aka Balayya Babu (you should know who he is - else look him up on Google, or wait, on Youtube) made a film called Paisa Vasool which, as we have discussed earlier, smacks of low ambition. But I was hoping they would deliver at least on the low ambition.

It shall be made clear that my grievance addressed to you to redress has nothing to do with the plot of this film. It's no great shakes - the hero is a contemptible entity with a bunch of police cases on his name, and he's appropriately drunk and hiring prostitutes. This is absolutely normal in Puri films some of which are called Idiot, Pokiri (roughly translates to Idiot), Loafer and Desamuduru (once again). Usually, the police department is seen as being so incompetent that this one man is more useful than the force put together. Later it's generally revealed that this competent one man belongs to this incompetent force anyway.

It shall also be made clear that I have no trouble watching Balayya Babu disobeying the laws of nature. In Paisa Vasool he's seen standing in the line of fire of at least ten people who all miss him but patiently wait to get shot by him in return. Before you begin to exclaim in wonder let me tell you that we, as Telugu film viewers, have seen far more than that in our experience of growing up with Balayya.

The investment I really made with my ticket money was on the sort of film the trailer promised. If you will watch the trailer at precisely the 1:22 mark there's this frame with Balayya Babu grinning away as the goons he beat up rotate in slo-mo. You may not understand the gratification that we obtain from frames like that, but you see, there's this tremendous non-film called Legend starring Balayya Babu which is as preposterous as most of his outings. And there's this one episode prior to the intermission where Balayya Babu simply turns up out of nowhere and there are conches blowing, temple bells clanging, clouds thundering and women tearing up, and Balayya Babu turns into a lion and back into human form, and becomes ten Balayya Babus as he climbs down the stairs and neatly executes an action set-piece which isn't unlike 300.

We just love this stuff. We keep throwing money to watch this sort of thing. It doesn't matter to us that Shriya Saran (looking simply beautiful) and Muskaan Sethi (looking simply unsure) are decades younger than Babu, and that Kyra Dutt was hired solely for cleavage. It doesn't matter to us that the antagonist is an arbitrary North Indian model/gymboy. We really don't care, you know.

Indeed, my money was on the director-star combination that appeared like they were made for each other. The director who revels in glorifying the reckless and the heedless could make spectacularly pulpy decadence when he joins hands with the most reckless and heedless of our heroes. I walked in hoping that Puri Jagannadh, with his penchant for hiring great technical talent, would stand Balayya Babu in all his massy glory atop the shoulders of slick action choreography and visuals and score. What transpired instead was Puri trying to stand his film atop the shoulders of Balayya Babu.

His gamble pays off a bit like those few moments, all of which you can see in the trailer itself, but I didn't put in my money so that Puri can gamble with it - I just wanted the basics of a Puri-Balayya collaboration like I mentioned above. The only thing in the film that was no-holds-barred enjoyable was the fan song at the end that goes "Coca Cola Pepsi - Balayya Babu sexy". This is followed by "Hyderabad Secunderabad - Balayya Babu Zindabad". Enjoyable as it is, I can myself make equally good slogans. Please check these out: "Bahubali Saaho - Balayya Babu Jai Ho" or "Cinema Chusthe Wallet Khaali - Balayya Babu Vardhillali" or "Mere Paas Paisa Gaadi Ghar Hai - Balayya Babu Amar Hai".

You will appreciate the fact that a promise, however underwhelming, has been made to return my money back, and I have received far lesser an amount than I spent. I request you to kindly look into this matter and hereon regulate any such enterprise that makes fraudulent promises on people's money. 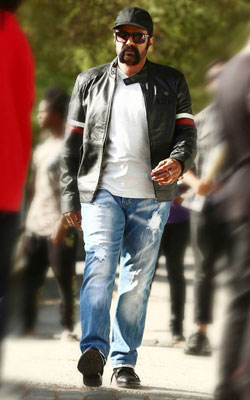 See Paisa Vasool full details
PAISA VASOOL USER REVIEWS
1 - 6 OF 6 COMMENTS
POSITIVE  |  NEGATIVE |  NEWEST  |  OLDEST  |  MOST HELPFUL  |  LEAST HELPFUL
USER RATING
9.0
1 USER
Performances
Script
Music/Soundtrack
Visuals
NA
NA
NA
NA
Can watch again - NA
Good for kids - NA
Good for dates - NA
Wait for OTT - NA
Vara on 4th Sep 2017, 11:45am | Permalink
I agree that this review is intended to be sarcastic. But, this is the second review (first one is vivegam) I am reading which is overloaded with sarcasm. I come to this site to read a crisp unbiased review but not to read a social post where the reviewer shows off his writing skills. The moment I sens the sarcasm first few lines of the review I got the point that the reviewer dosen't like the movie, then what is the point of reading further.
The Common Movie Goer on 3rd Sep 2017, 3:18am | Permalink
Just to clarify, does this mean you didn't get your money's worth, Josh?

This review is worth the price humanity has to pay for the existence of this movie.

Coca Cola Pepsi, Balayya Babu not at all sexy!!!

ADVERTISEMENT
This page was tagged for
paisa vasool free download telugu full movie
paisa vasool full movie telugu
paisa vasool telgu full movie
paisa vasool telugu full movie
Paisa Vasool telugu movie
Follow @fullhyderabad
Follow fullhyd.com on
About Hyderabad
The Hyderabad Community
Improve fullhyd.com
More
Our Other Local Guides
Our other sites
© Copyright 1999-2009 LRR Technologies (Hyderabad), Pvt Ltd. All rights reserved. fullhyd, fullhyderabad, Welcome To The Neighbourhood are trademarks of LRR Technologies (Hyderabad) Pvt Ltd. The textual, graphic, audio and audiovisual material in this site is protected by copyright law. You may not copy, distribute, or use this material except as necessary for your personal, non-commercial use. Any trademarks are the properties of their respective owners. More on Hyderabad, India. Jobs in Hyderabad.