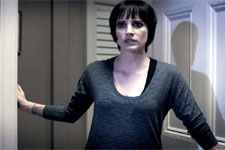 Kritika Deval / fullhyd.com
EDITOR RATING
4.0
Performances
Script
Music/Soundtrack
Visuals
5.0
4.0
6.0
6.0
Suggestions
Can watch again
No
Good for kids
No
Good for dates
Yes
Wait for OTT
Yes
IOHO, any rock musician who fights to adopt two feral little kids who have been roaming around in a jungle for years, deserves exactly what she gets. And when she moves into a remote cabin so she could keep them, we can't help but ask, "Haven't you been seeing your horror flicks, woman?!?"

And so, you have Mama, a tale that builds upon the premise that motherly love - that shelter from life's viciousness, that oasis in an ocean of bewilderment, that eternal knight in shining armor who fights not for glory - can have another side to it, a side as vicious as the monsters it is supposed to keep at bay.

Beginning at the beginning, you have Jeffrey (Nikolaj Coster-Waldau), who runs off into the woods with his two little girls after killing his wife and his business partners. Planning on killing the girls and then himself, he waits until he finds a cozy little abandoned cottage.

Here, the question might arise of why he had to go all the way there to do something he might as well have done at home, but don't let us play spoilsports. It had to be done, you see? How else could the girls have been saved by the creepy creature haunting that house who then goes on to sort of adopt them?

Anyway, 5 years later, Jeffrey's brother Lucas (Nikolaj Coster-Waldau, again) finds the now 5-year-old Lily (Isabelle Nélisse) and 8-year-old Victoria (Megan Charpentier), unharmed but not much better than animals. He decides to take them in, and fights for custody with the help of his bass-player-girlfriend Annabel (Jessica Chastain).

As we all know, there is nothing more damaging to a couple's sex life than the recent entry of children in their lives. And when these children tag along a ghost, havoc is officially wreaked, resulting in Lucas landing in the hospital.

And now poor tattooed, kohl-eyed Annabel is left with two crazy brats she didn't much want in the first place, wondering how to get them to listen to her, who the hell the kids were playing with at night, and who in the name of the Almighty was Mama.

Mama (a CG-enhanced Javier Botet) is, refreshingly enough, introduced early into the movie. There are no false alarms. When you look into the darkness or into empty corridors or into forbidden closets - in short whenever you expect to see something supernatural - you see it. And with a startling suddenness that is actually quite effective.

And then there are the girls. Isabelle Nélisse as the headstrong wild child is as adorable as she is creepy, eats her moths with gusto, and is perfect for her role, as is Megan Charpentier.

The rest of the cast is purely functional, as is the plot.

The graphics and the background score are too uneven to save the day - slick and moody at times, and cheap-looking and OTT at others.

The screenplay is the only thing that stops the descent of this cliché-ridden flick beyond the land of the mediocre.

Mama, at the end of it all, is a cheap thrill disguised by a thin veneer of sadness and sensitivity. Go watch it if that's what you get your kicks from. If not, there is always the excellent Lincoln.
Share. Save. Connect.
Tweet
MAMA SNAPSHOT 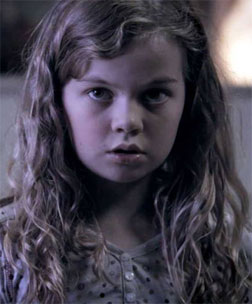 ADVERTISEMENT
This page was tagged for
Mama english movie
Mama reviews
release date
Jessica Chastain, Nikolaj Coster-Waldau
theatres list
Follow @fullhyderabad
Follow fullhyd.com on
About Hyderabad
The Hyderabad Community
Improve fullhyd.com
More
Our Other Local Guides
Our other sites
© Copyright 1999-2009 LRR Technologies (Hyderabad), Pvt Ltd. All rights reserved. fullhyd, fullhyderabad, Welcome To The Neighbourhood are trademarks of LRR Technologies (Hyderabad) Pvt Ltd. The textual, graphic, audio and audiovisual material in this site is protected by copyright law. You may not copy, distribute, or use this material except as necessary for your personal, non-commercial use. Any trademarks are the properties of their respective owners. More on Hyderabad, India. Jobs in Hyderabad.