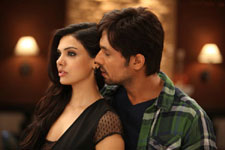 Ravi Kandala / fullhyd.com
EDITOR RATING
4.0
Performances
Script
Music/Soundtrack
Visuals
4.0
3.0
4.0
4.0
Suggestions
Can watch again
No
Good for kids
No
Good for dates
No
Wait for OTT
Yes
Let us give you the bad news first - the climax of Murder 3 leaves scope for a sequel - i. e., Murder 4. And if you are waiting for some good news, there is none. Murder 3 has neither the erotica quotient that Murder had nor the thriller quotient that Murder 2 had.

In fact, it does not have what the title screams aloud - there is no murder in the movie. All the characters in the film are alive and kicking (pun intended) even at the end of it all. Unfortunately for us, so are we - alive, and kicking ourselves for being so!

Murder 3 does nothing but add to the Bhatt dynasty in Bollywood; this time, by bringing in a director - Vishesh Bhatt, son of Mukesh Bhatt. And the young man immediately shows that he is do kadam ahead of the baap, by officially remaking a movie instead of plagiarizing one. Murder 3 is an official remake of the Spanish movie La Cara Oculta, which, by the way, seems to have been the only thing that is murdered here.

The film is about Vikram (Randeep Hooda), a fashion photographer, and his girlfriend, Roshni (Aditi Rao Hydari). The duo meets in South Africa, where penniless Vikram is shooting some animals so he can get some assignments. He then sends these to certain agencies that immediately hire him for fashion shoots. Apparently, shooting wild animals in the wilderness and fashion photography are one and the same thing!

Now the two shift to India for an assignment, and penniless Vikram grows rich enough to buy a palatial mansion outside the city by the end of a song and a purported photo shoot. Soon after he is spotted discussing work-related matters with his hairdresser at an arm's length, his girlfriend disappears, and Vikram becomes Devdas. For all of two days. After which he starts a steaming affair with Nisha (Sara Loren), a hostess at the bar he frequents.

The rest of the film attempts to answer several questions raised in these few days. Where does Roshni disappear? Was Vikram really discussing work matters with his hairdresser? Why would he allow her to style his models if she gives him such a horrible hairstyle in the first place?

The film has a slow and abrupt first half, with songs that come and go for no reason except to bring the leads to bed. The second half, which plays out as a repeat of the first half, from a different point of view, needed a master to take care of it; however, Vishesh Bhatt is but his dad's son.

The film, coming as part of a franchise that is known for its titillation, is surprisingly devoid of it. And neither does it make up for it with any emotional quotient. The characters are all written in such a uni-dimensional and bland manner that it is impossible to truly invest in any one of them.

Murder 3 achieves the impossible - in making us yearn for Emraan Hashmi. However corny his roles, the man was responsible for making the franchise such a hit. Randeep Hooda has one expression, whether he is kissing, taking pictures or apologizing. Sara Loren has one pout, whether she is angry, sad or happy. Aditi Rao Hydari is near emaciated, and looks more pale than pretty. The supporting actors are all reduced to caricatures.

The music, supposedly scored by three directors, will be forgotten by the end of the flick. The editor seems to have been forced to leave several open ends in the quest for a sequel. The plot has holes the size of meteors, and the meteor shower in Russia today might just not have been a coincidence. 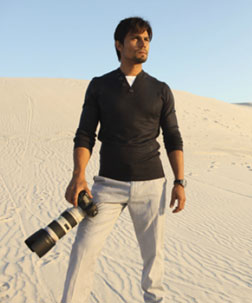 ADVERTISEMENT
This page was tagged for
Murder 3 hindi movie
Murder 3 reviews
release date
Randeep Hooda, Aditi Rao Hydari
theatres list
Follow @fullhyderabad
Follow fullhyd.com on
About Hyderabad
The Hyderabad Community
Improve fullhyd.com
More
Our Other Local Guides
Our other sites
© Copyright 1999-2009 LRR Technologies (Hyderabad), Pvt Ltd. All rights reserved. fullhyd, fullhyderabad, Welcome To The Neighbourhood are trademarks of LRR Technologies (Hyderabad) Pvt Ltd. The textual, graphic, audio and audiovisual material in this site is protected by copyright law. You may not copy, distribute, or use this material except as necessary for your personal, non-commercial use. Any trademarks are the properties of their respective owners. More on Hyderabad, India. Jobs in Hyderabad.