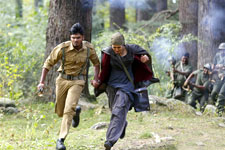 Swaroop Thotada / fullhyd.com
EDITOR RATING
3.0
Performances
Script
Music/Soundtrack
Visuals
6.0
1.0
2.5
6.5
Suggestions
Can watch again
No
Good for kids
No
Good for dates
No
Wait for OTT
Yes
Puri Jagannath's career has been spiralling down for a decade now with just a few lucky shots in the dark (Businessman and Temper) to redeem things. You'd expect then that he'd have realized by now that haste is not the way to go about making a film. And that he'd start to think on the lines of coming up with novel premises seldom explored on celluloid before, and take his time to actually write an engaging screenplay rather than resort to his old way of randomly throwing a couple of half-baked ideas into his regular staple and stirring it till your head hurts. But that's like Donald Trump pioneering a groundbreaking study in quantum physics that could forever change the way we look at subatomic particles. "Well, we do not actually look at subatomic particles," you might say, but that's not the point here. Have some sense of humour, will you? You need it even more if you are planning to watch this film, for you cannot survive this atrocity otherwise.

Made by a director who consistently mistakes loudness for intensity, boorishness for attitude, an uninformed worldview for philosophical depth and jump-cuts for a fast-paced storytelling, Mehbooba suffers from every ailment Jagannath has been ignoring for too long. And this time it is his own son that pays the price.

Roshan (Akash Puri) is a hotheaded engineering passout from Hyderabad who has been dreaming of joining the military ever since he can remember. He senses a calling from the Himalayas - a literal calling from someone though he cannot quite pin down who it is. He is also afflicted by these gruesome nightmares that always end in him getting killed.

Meanwhile in Pakistan, Afreen (Neha Shetty) is also haunted by memories from her past life, and gets her mom worried. It is not really a spoiler to say that in their past lives Roshan and Afreen were a Pakistani soldier and an Indian refugee respectively, and that they were torn apart by the cruel claws of fate, because the film itself opens with these visuals. And they have defied destiny and are reborn for each other - only, this time their motherlands are swapped. What follows is a soul-eviscerating bore that never seems to end.

This is touted to be Jagannath's comeback film - a rebirth of the director himself, the promotional material would have you believe. But the prerequisite for a reincarnation is death, and we are not convinced his old style is dead. It's just disguised (and poorly at that). His idea of reinventing himself is to choose an age-old cliché, drain it of all its dramatic potential with hurried writing, and make it end up looking completely ridiculous. You hear the audiences chuckling at many key moments, and there is audible restlessness in the auditorium as the film progresses. At times, this feels like an unintentional black comedy - and perhaps it could work as one.

Or it could work as a parody of reincarnation flicks, if only Puri had his tongue in his cheek for a moment. In a key scene where they find the 45-year-old dead body of Afreen from the past life, buried in The Himalayas, the media casually reports it as "a reincarnation" case. And the hero directly addresses the girl through the TV cameras reminding her of the past life, like she is doing nothing else but watching TV right then. People then come live on Facebook and extend their solidarity and support. Not that these scenes are any more or less ridiculous than several in the rest of the movie, but you will laugh out loud like you would when you watch an Epic Fails youtube clip.

The background score by Sandeep Chowtha perfectly punctuates the nonsense with melodramatic gyrations that accentuate the silliness and make it more laughable. And just when you think the oversaturated melodrama cannot get any worse, you will hear a chorus "Mehbooba" and you will lose it. Just make sure that you don't have popcorn in your mouth during the key scenes.

Chowtha's songs are not of any help, either. Barring the nauseous point-of-view shots, the cinematography is decent, however, and is the only bearable aspect of this film. Akash Puri is confident and subtle when needed, but still looks like a teen. Neha Shetty is cast right and emotes well. Sayaji Shinde plays Akash's father and brings a few chuckles, and you welcome them like rain in a desert. And Murali Sharma manages to looks sane amidst the insane over-acting all around.

Jagannath has been quite forthcoming of his contempt for film critics, best articulated through Sayaji Shinde's speech in Neninthe. Perhaps he should reconsider his position and actually read what they are groaning about. At least he can make new mistakes rather than releasing the same film every time and expecting different results. He once said in an interview that he genuinely had no idea what worked in Pokiri, and he kind of acknowledged the same in his film Neninthe where Ravi Teja equates a film with randomly striking the coins on a carrom board. Not always, Mr Puri. There are filmmakers who aim for and hit the bull's eye. It's not a sin if you don't hit, but it's definitely lazy if you don't aim at all. 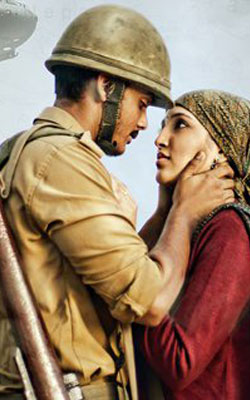 ADVERTISEMENT
This page was tagged for
Telugu full movie mehbooba
+mehbubu telugu movie onlin
mehbooba telugu movie watch online
Mehbooba (Telugu) telugu movie
Mehbooba (Telugu) reviews
Follow @fullhyderabad
Follow fullhyd.com on
About Hyderabad
The Hyderabad Community
Improve fullhyd.com
More
Our Other Local Guides
Our other sites
© Copyright 1999-2009 LRR Technologies (Hyderabad), Pvt Ltd. All rights reserved. fullhyd, fullhyderabad, Welcome To The Neighbourhood are trademarks of LRR Technologies (Hyderabad) Pvt Ltd. The textual, graphic, audio and audiovisual material in this site is protected by copyright law. You may not copy, distribute, or use this material except as necessary for your personal, non-commercial use. Any trademarks are the properties of their respective owners. More on Hyderabad, India. Jobs in Hyderabad.