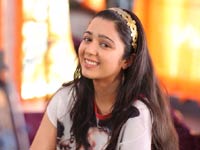 Deepa Garimella / fullhyd.com
EDITOR RATING
3.0
Performances
Script
Music/Soundtrack
Visuals
5.0
3.0
4.0
4.0
Suggestions
Can watch again
No
Good for kids
No
Good for dates
No
Wait to rent it
No
Well, well, well. What are the odds that your secret lyricist is not a psychopath? In fact, scores of movies have taught us that having a pen pal is the best thing you can do to ensure a happily-ever-after, ranking only next to a Bharatmatrimony profile. Prema Oka Maikam is approximately in the pen-friend genre, but as silly as it can get in the 21st century.

On to the story now. Mallika (Charmme) is a hooker who lives a luxurious lifestyle. One drunken night, she runs over Lalith (Rahul) with her car. Lalith loses his eyesight, but can regain it if a donor comes along. Mallika offers to take care of him, and brings him to her palatial house.

Lalith, being the poetry-spouting woman-respecting manchi-baaludu that he is, fascinates Mallika, who starts falling in love with him. One day, she sees his diary inside his bag, and, like every filmi character who has ever stumbled upon someone else's personal possessions, takes it as a sign that she must definitely read all of it.

Flashback time. Lalith is a gifted poet, and Swathi (Saranya Nag) is a gifted and struggling singer. Their paths were never even meant to cross, but one careless tea vendor changes it all. After a twist that makes you want to splatter hot tea all over yourself, a poem written by Lalith lands in Swathi's hands, and eventually ends up being her key to stardom.

Swathi is now a famous songstress with a brilliant career. She announces on TV her desire to marry her anonymous lyricist, disclosing her complete address on regional television. Lalith, who watches the interview, is completely smitten as well. This is where the film ought to have ideally ended.

Mr. Poet does not want to confront her right now. This because he wants her to concentrate on her budding career. Instead, he wants to bombard her with more poems and lyrics, in order to help her CONCENTRATE ON HER BUDDING CAREER. Meanwhile, Swathi has a suitor, who gives her one year to stop waiting for Lalith.

Even this could have cruised along smoothly, if not for Lalith's friend Shiva, who elopes with a girlfriend. This irrelevant track contributes a villain, a stabbing scene and a hospital scene, to the film. In a sad screw-up of events, Lalith is forced to forget about Swathi forever.

This is the point at which fate shows him the finger by having Mallika's car run over him. Mallika, who discovered all this from snooping on Lalith's diary, decides that she must do something to help him. She kills herself and gets her eyes donated to Lalith. And arranges for Lalith and Swathi to be united.

End of story. Theirs and yours.

Let's give the writers some credit - there was definitely an idea here. The hearts were in the right place, etc., but that doesn't change how poorly crafted the film is. Also, the story feels like a television serial - not intellectual or thought-provoking, but somehow, strangely, soporifically engaging.

The story-telling seems extremely outdated, and the visuals are below average. There is no coherence to the narrative. Lalith and Swathi never even have a romance; they meet only twice in the entire film. The twists are absurd, and the ending even more so.

Charmme exudes warmth, and her bubbly demeanor is quite an asset to the film. The prostitute's character is also a breath of fresh air, and a departure from conventional, exaggerated portrayals - she's shown as this modern, easy-going and posh woman who hangs out with well-to-do, non-criminal people by night. It's not a "bold" role, as one would expect, and there is no sleaze in the film at all (except for one scene where Lalith's friend is making out with his girlfriend). It is, in fact, slightly unnerving to see the hooker being an actual, casual part of normal people's lives. Charmme makes it all look human, and even endearing. But then, her insistence on dubbing her own lines in Telugu kind of turns every scene into a joke.

Rahul looks a little uncomfortable, but Saranya Nag is quite convincing as the heroine. Rao Ramesh and Surekha Vani are good. Taagubothu Ramesh overdoes it in the scenes with the granny, meanwhile. There's also a comedian, Shankar, who spoofs Ram Gopal Varma. There are other cast members who look bad and act badly, but we won't mention them.

For a film calling itself a "musical", the music is pretty average. There are no songs that evoke any kind of emotion in you.

Stay away, and better things will come to you. This one is not worth your... anything.
Share. Save. Connect.
Tweet
PREMA OKA MAIKAM SNAPSHOT 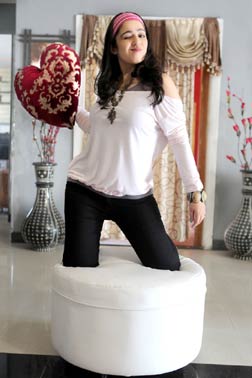 ADVERTISEMENT
This page was tagged for
Prema Oka Maikam telugu movie
Prema Oka Maikam reviews
release date
Charmme Kaur, Rahul
theatres list
Follow @fullhyderabad
Follow fullhyd.com on
About Hyderabad
The Hyderabad Community
Improve fullhyd.com
More
Our Other Local Guides
Our other sites
© Copyright 1999-2009 LRR Technologies (Hyderabad), Pvt Ltd. All rights reserved. fullhyd, fullhyderabad, Welcome To The Neighbourhood are trademarks of LRR Technologies (Hyderabad) Pvt Ltd. The textual, graphic, audio and audiovisual material in this site is protected by copyright law. You may not copy, distribute, or use this material except as necessary for your personal, non-commercial use. Any trademarks are the properties of their respective owners. More on Hyderabad, India. Jobs in Hyderabad.