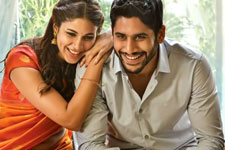 T J Reddy / fullhyd.com
EDITOR RATING
3.5
Performances
Script
Music/Soundtrack
Visuals
4.0
2.0
3.0
4.0
Suggestions
Can watch again
No
Good for kids
Yes
Good for dates
No
Wait to rent it
Yes
One of the most welcome changes Tollywood has adopted is reducing the runtime of its films. Over the course of the last decade, films have slowly wound down from being 3-hour extravaganzas to events which border the 2-hour-15-minute mark. While these new norms are violated on certain occasions (recent release Arjun Reddy being a good example), most films impose this constraint on themselves.

The reasons for this change are two-fold. One, a 2-hour film can be screened for a higher number of times over the course of a day, which makes perfect business sense. Two, a 2-hour film works in keeping audiences coming back to the theatres. A good film will leave them wanting more and in turn have them coming back for more, and a not-so-good one will not be too much of an arduous task to get through.

In this spirit, Naga Chaitanya (who has been bestowed the alias Chay Akkineni) stars in a film that falls by the wayside as a wholly forgettable experience but whose which stays a step away from being grating thanks to its manageable runtime.

While the film is hell-bent on spoiling its plot within the first five minutes, I'll try to be slightly more considerate. Arjun (Naga Chaitanya), who is clearly not as compelling as his recent namesake from another film, and his perfectly happy family who are busy dealing with sick people from rural areas and non-issues such as how to celebrate their parents' 30th anniversary are dragged into a web of intrigue, deception and action when a plan made by a banal politician and a mafia figurehead (Srikanth doing his best Jagapathi Babu impression) to divert the attention of the masses from a political scandal goes awry. Arjun and his family find themselves in the villains' crosshairs as some of them are witnesses to these crimes. I wouldn't dare ask any of the readers to fill in the blanks I've purposely left while describing the plot as I'm sure most of you already have.

Armed with this generic plot and Naga Chaitanya, who is coming off the lukewarm reception to Rarandoi Veduka Chuddham, debutant director Krishna Marimuthu attempts to take the audience on an action-packed ride filled with supposedly clever plot points and actors who try their damndest to be compelling while the foundations the film is staged on crumble under their own insatiable need to be nifty.

There is a side of me which wants to tell the audience that this film has everything you are looking for. It is a true 4-quadrant film. It has a couple of fight scenes, it has a couple of scenes with "cool" tech (whose operations do not make sense when you think about it), it has a female lead who falls in love with our hero over a montage because "ek duet to banta hai", and it has everyone's go-to emotional core - family and so on. The issues plaguing this movie are far more than its paint-by-numbers nature - the deeper problems lie with its presentation and characterization.

I am reminded of a Nithin Reddy film which hit our screens last month titled LIE. I could paraphrase the first paragraph of my fellow writer Josh's review of that film and call it a day while describing all the things that bothered me about Yuddham Saranam. The recurring issues of fake intelligence, superfluous characters and needless romantic interests who serve no purpose answer their roll call with due diligence like they do with most Tollywood films.

Ignoring these aspects is cumbersome enough, but the truly appalling fact is that in a day and age where most films, even though homogenised, have an acceptable level of packaging which makes them easy on the eye if not anything else, Yuddham Saranam has some of the most deliberately nausea-inducing camerawork, poor dialogue, atrocious CGI, shoddy editing and, most noticeably, off-sync dubbing in recent Telugu cinema.

While I can drop my guard and give the movie a let-off for some unfortunate editing and shaky camerawork with its fight scenes (because someone convinced the filmmakers that fight scenes where you see nothing is cool), the instability of the camera during a basic shot - reverse shot is wholly unforgivable.

Adding to the movie's woes is the truly horrendous character work the lead and his cohorts are subject to. Naga Chaitanya is a fine presence when paired with a talented person behind the camera. A filmmaker with a strong vision such as Gautham Menon or Sukumar draws out the latent talent this star kid has, but a debutant writer-director who comes off as naïve when trying to etch characters cannot frame him in any flattering light. As with most veteran actors, Rao Ramesh and Revathi are adept at their craft to such a high degree that a bout of poor writing can rarely portray them in a bad light. Srikanth, however, is still not in that league.

Talking about our lead, he explicitly chooses to use evidence of a terror attack on innocent people as leverage to eliminate a local gangster while exonerating the politicians who commissioned said attack. I ask the makers of this film how they thought any person would be able to relate to a character as shallow as this one.

As the end credits started to roll, I could only reflect on the multiple lapses in logic and coherence the film has on show - most of you notice that I am yet to spare a full sentence for both the forgettable score and the heroine.

There are some films rated moderately by an audience even as they fail at a few aspects because most of them are strapped for cash for a multitude of reasons. These films sometimes rise above their humble means and deliver memorable experiences because of the artistic merit that inhabits them. Yuddham Saranam however had almost every advantage in the book as it rolled into the cinemas. A recognisable star who has a sturdy lineage supporting him, a budget that would have put a Pelli Choopulu or Fidaa way in the shade, a whole host of respected character actors who add gravitas to any film they are a part of, and the springboard of a few thousand screens across the country. Watching so many resources being wasted over a film my 10-year-old cousin would write, is particularly frustrating.

The film has a cop whose only motivation is earning a promotion, a gangster whose only goal is to earn money and a hero whose only incentive is to be bring justice to his family but what it seemingly doesn't have are a cast and crew whose only impetus was to deliver quality entertainment to audiences who paid their hard-earned money to watch it.
Share. Save. Connect.
Tweet
YUDDHAM SHARANAM SNAPSHOT 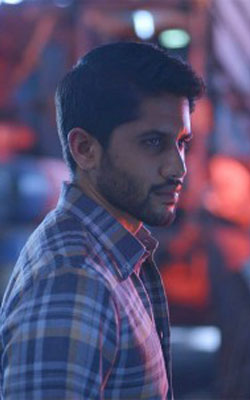 See Yuddham Sharanam full details
YUDDHAM SHARANAM USER REVIEWS
1 - 1 OF 1 COMMENTS
POSITIVE  |  NEGATIVE |  NEWEST  |  OLDEST  |  MOST HELPFUL  |  LEAST HELPFUL
Siva on 9th Sep 2017, 3:26am | Permalink
Disappointed TJ Reddy garu, as a roger ebert fan you should have known that "no good movie is too long and no bad movie is too short" :-(
Nandi on 10th Sep 2017, 6:48pm | Permalink
@Siva - Well, almost all Telugu films are bad and they are too long. Period.
TJ Reddy on 9th Sep 2017, 8:51am | Permalink
I know that Siva garu. That is the reason Arjun Reddy got the shout out at the beginning of the review.

But as a writer who has tried sell scripts, I can assure you that producers and studios do not subscribe to that opinion. They take into account the waning attention span of a mass audience combined with money making potential of a film with a shorter runtime.

Not every audience member is an avid film buff.
Siva on 11th Sep 2017, 12:00am | Permalink
Lol.. Well your on field experience trumps my armchair knowledge.

But let's not fall into this trap of "avid film buff". 99.9% of the great movies don't need one to be a "film buff". Sucking us into the story / narration is the only requirement for a movie to be enjoyable. Sorry, if I read too much into that.
TJ Reddy on 11th Sep 2017, 7:16pm | Permalink
It's always fun discussing with a person who articulates his thoughts well Siva garu, props to you. This topic has a whole host of opinions on it.

ADVERTISEMENT
This page was tagged for
Yuddham Sharanam telugu movie
Yuddham Sharanam reviews
release date
Naga Chaitanya, Lavanya Tripathi
theatres list
Follow @fullhyderabad
Follow fullhyd.com on
About Hyderabad
The Hyderabad Community
Improve fullhyd.com
More
Our Other Local Guides
Our other sites
© Copyright 1999-2009 LRR Technologies (Hyderabad), Pvt Ltd. All rights reserved. fullhyd, fullhyderabad, Welcome To The Neighbourhood are trademarks of LRR Technologies (Hyderabad) Pvt Ltd. The textual, graphic, audio and audiovisual material in this site is protected by copyright law. You may not copy, distribute, or use this material except as necessary for your personal, non-commercial use. Any trademarks are the properties of their respective owners. More on Hyderabad, India. Jobs in Hyderabad.