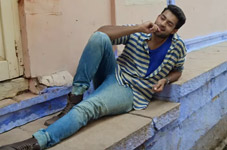 Ravi Kandala / fullhyd.com
EDITOR RATING
4.5
Performances
Script
Music/Soundtrack
Visuals
6.0
3.0
6.0
6.0
Suggestions
Can watch again
No
Good for kids
No
Good for dates
No
Wait for OTT
No
Well, what do you know? A movie with multiple scenes of the heroine being slapped around for fun, a scene where a son murders his mother because of something she said to his father, the hero beheading one of the villains and stabbing around 20 people multiple times... gets away with a UA certificate. Loafer, for the sheer amount of beating up of women alone that it has, deserved an A rating. Be warned - don't take your kids along.

Apart from the violence, Loafer is an utterly generic Puri Jagannath movie. Varun Tej stars in this one as Raja, a boy who has been stolen from his mother Lakshmi (Revathi) in his childhood by his father (Posani Krishna Murali), who tells hims that his mother passed away due to jaundice. He's brought up as a thief and a cheater in the city of Jodhpur. There, while running one of his cons, he runs into Mouni (Disha Patani) and falls in love with her. Just one song where Raja chases her around town singing that he likes it when she cries, and she inexplicably falls in love with him.

She then calls her aunt, who happens to be Lakshmi, and tells her that she's fallen in love. Meanwhile, Mouni's family (Mukesh Rishi and others) hire a bunch of goons to bring Mouni back. Raja saves Mouni from the goons and in the process discovers that his mother is alive, and then manages to lose both of them. The remaining movie focuses on how Raja hangs around Lakshmi without telling her that he's her son, and saves his lady love, too.

Puri Jagannath's characterization of his hero is about the only thing that works in Loafer, and Varun Tej steps into mass hero shoes splendidly. After Mukunda (where he didn't speak much) and Kanche (where he spoke philosophy and poetry), Tej picks an out-and-out mass role and excels in it.

Among the multiple problems with Loafer, the main one is that its only differentiator, the mother sentiment, does not work. All the heavy-duty sentimental dialogues and scenes come without the requisite preamble, and hence do not have the desired effect. The final reveal, when Revathi finally finds out that Raja is her son, is so lost in the violent climax that it barely registers. And without the emotional quotient, Loafer is an extremely commonplace story. The comedy, too, does not work that well.

Debutante Disha Patani is another in the assembly line of north-Indian girls and does her bit - look pretty and show up for the songs. Revathi gives the role everything she has, but the role itself did not deserve her. Posani overacts as usual, and the rest of the cast are tolerable.

The film is technically sound as may be expected of a Puri Jagannath film, and a couple of songs are easy on both the eyes and ears. The locales of Jodhpur make for nice viewing. The background score is pretty decent, too, and actually elevates a couple of fight sequences.

Like we mentioned earlier, in the end Loafer is an utterly generic Puri Jagannath film, and unfortunately for the director, none of his fortés (emotion & comedy) works. Varun Tej is all we can say about this one.
Share. Save. Connect.
Tweet
LOAFER SNAPSHOT 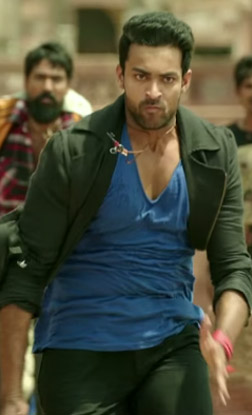 ADVERTISEMENT
This page was tagged for
Loafer telugu movie
Loafer reviews
release date
Varun Tej, Disha Patani
theatres list
Follow @fullhyderabad
Follow fullhyd.com on
About Hyderabad
The Hyderabad Community
Improve fullhyd.com
More
Our Other Local Guides
Our other sites
© Copyright 1999-2009 LRR Technologies (Hyderabad), Pvt Ltd. All rights reserved. fullhyd, fullhyderabad, Welcome To The Neighbourhood are trademarks of LRR Technologies (Hyderabad) Pvt Ltd. The textual, graphic, audio and audiovisual material in this site is protected by copyright law. You may not copy, distribute, or use this material except as necessary for your personal, non-commercial use. Any trademarks are the properties of their respective owners. More on Hyderabad, India. Jobs in Hyderabad.