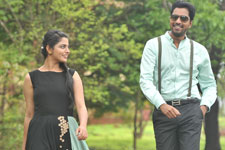 T J Reddy / fullhyd.com
EDITOR RATING
4.5
Performances
Script
Music/Soundtrack
Visuals
7.0
5.0
5.0
5.0
Suggestions
Can watch again
No
Good for kids
Yes
Good for dates
No
Wait to rent it
Yes
Allari Naresh films are a happy place. Many have a soft spot for the man as he never fails to entertain, be it in dramatic or comedic capacity. From that awkward lanky lad in Allari to the lovable goon in Gamyam to the amalgamation of Tollywood clichés in Sudigadu, the man has flaunted his range time and time again in an effort to prove himself to be more than a one trick pony. Naresh has a very appreciable tendency of letting his co-stars, the story and the vision of his filmmakers take centrestage in most of his projects, which drastically increases the overall quality of the films he is a part of. With mostly low investments and regular good to high returns, he has also mostly delivered at the BO.

Tollywood's beloved Sudden Star now cleans himself up by giving himself a sharp new look while starring in a remake of a Malayalam movie in Meda Meeda Abbayi. The film has three distinct parts to its blatantly excessive plot out of which we find our hero on the meda for a very limited period of time (making it a curiously titled film). We follow the life of Srinu, an engineering student (who fails all 24 subjects in his pursuit of a B. Tech. degree) with aspirations of becoming a film director and working with Rajamouli. An overused cliché helps him cross paths with and fall in love with Sruthi (Nikhila Vimal).

As it dawns on him that staying in and whiling away time at his small town will get him no closer to his dreams of being a filmmaker, he packs his bags and moves to Hyderabad. Congruous with this development, Sruthi leaves the town as well. Through a series of juvenile actions by one of Srinu's many friends, he is wrongly accused of eloping with said young lady, and is employed to bring her back home to her parents, a task Srinu reluctantly agrees to. He returns to Hyderabad in search of the woman, with friend Bandla Babji (Hyper Aadi) in tow.

While the film is on its own time with regards to getting to the meat of the matter, its first act never ceases at keeping the boredom down and hilarity up. Srinu and his band of supposedly relatable friends buoy the thin initial plot line with a cavalcade of broadly funny lines which are delivered at breakneck speeds. The ease with which these four men communicate with each other is a joy to watch owing to some stellar chemistry, comedic timing and editing.

The issues, however, begin as the actual narrative kicks in post act one. Naresh and his comedic chops which were more than conveniently pumping the film with their energy are quickly side-lined by a plot that staggers on arrival and never picks up any steam as it moves ahead. The storyline starts reminding the avid filmgoer of Ullasanga Utsahanga. As the film's charming leading man takes a step back, the very reliable Srinivas Avasarala and fresh face Nikila Varma try their hardest to supply the movie with the bare essentials to keep it afloat and not sink into the depths of tedium.

While they succeed in spurts, the films dreary pace is in no way redeemable, and a lack of genuinely built stakes (the incentives are introduced a quarter of a way into the second half) undermine the dramatic core the film attempts at possessing. This affects the film to such a high degree that the requisite character growth the leads go through at the end comes off as uncalled-for and obligatory. While the ultimate socially conscious message the film offers up is of prescience to people new to the world of the internet, most others in a metropolitan setting are quite familiar with the phenomenon of catfishing and that Kenyan prince who is ready to offer up multi-million dollars in exchange for a small sum from your end.

Going against the norm of a regular Naresh film, Meda Meeda Abbayi is powered by a strong cast. As mentioned earlier, the leading man lets his co-stars shine by unselfishly stepping back and having them showcase their talents. While not been given much to work with in terms of character, Nikhila Vimal, who is now a staple of Malayalam and Tamil cinema, is quite delectable in her performance when the screenplay asks her to fill in gaps with character motivation and depth.

While Naresh is treasured by both class and mass viewers, the characters that are bound to have audiences in splits belong to the manic Hyper Aadi and a cleverly subdued yet riotous Srinivas Avasarala. These two characters are instrumental in subverting audience expectations of the film as they offer fresh perspectives to many a scene by wringing originality out of setups seen a million times before and will be seen a million times later.

Speaking of originality, the score matches the tone the film is going for at many instances, while the camerawork and songs leave a lot to be desired. There is, however, a distinctly jarring feeling watching Naresh (however well put together) being serenaded by this music as he still seems like a comic talent being forced into the role of a deeply flawed young man.

And it is incongruences like the one above that quickly drop the film's entertainment factor. While the film makes use of Naresh's and Hyper Aadi's comedic chops, it requires them to genuinely and organically grow as characters. As the movie keeps shifting perspectives and main characters from act to act, it slips off its tight rope as it struggles to offer significant amounts of growth for every character. This narrative structure makes it totter from scene to scene with no real connective tissue helping them flow and coalesce.

What you are ultimately left with a film which would work better as a compilation of comedic scenes and one-liners once it makes its way onto YouTube as the human drama is neither given enough time to develop nor delivered with conviction when the time is nigh.
Share. Save. Connect.
Tweet
MEDA MEEDA ABBAYI SNAPSHOT 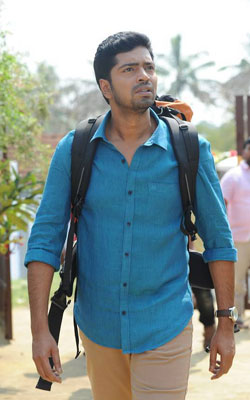 ADVERTISEMENT
This page was tagged for
meda meeda abbayi full movie
Meda Meeda Abbayi telugu movie
Meda Meeda Abbayi reviews
release date
Allari Naresh, Nikhila Vimal
Follow @fullhyderabad
Follow fullhyd.com on
About Hyderabad
The Hyderabad Community
Improve fullhyd.com
More
Our Other Local Guides
Our other sites
© Copyright 1999-2009 LRR Technologies (Hyderabad), Pvt Ltd. All rights reserved. fullhyd, fullhyderabad, Welcome To The Neighbourhood are trademarks of LRR Technologies (Hyderabad) Pvt Ltd. The textual, graphic, audio and audiovisual material in this site is protected by copyright law. You may not copy, distribute, or use this material except as necessary for your personal, non-commercial use. Any trademarks are the properties of their respective owners. More on Hyderabad, India. Jobs in Hyderabad.